Albemarle (ALB), a chemical company known for producing lithium used in electric vehicle batteries, has been trending upward within the SIA S&P 500 Index Report and recently returned to the Green Favored Zone for the first time since February. Yesterday the shares climbed 51 spots to 50th place as the stock jumped 6.8%.

Back in May, Albemarle (ALB) shares broke out of a Symmetrical Triangle which suggested they were resuming a long-term uptrend after a correction. Yesterday, the shares blasted through two resistance levels, including their previous peak set back in January to a new all-time high on a big jump in volume, completing two bullish Ascending Triangle patterns, indicating strong new investor interest and signaling the start of a new advance.

A major breakout is underway in Albemarle (ALB) shares. Between October and January, the shares staged a major high pole rally which was followed by a correction through February and March. Since April, the shares have resumed their upward course with an emerging uptrend of higher lows and a series of Triple Top and Double Top breakouts indicating renewed accumulation. Yesterday, the shares broke out to a new all-time high, completing a bullish Spread Double Top pattern and confirming the start of a new advance.

With its bullish SMAX score increasing to a perfect 10, ALB is exhibiting strength across the asset classes. 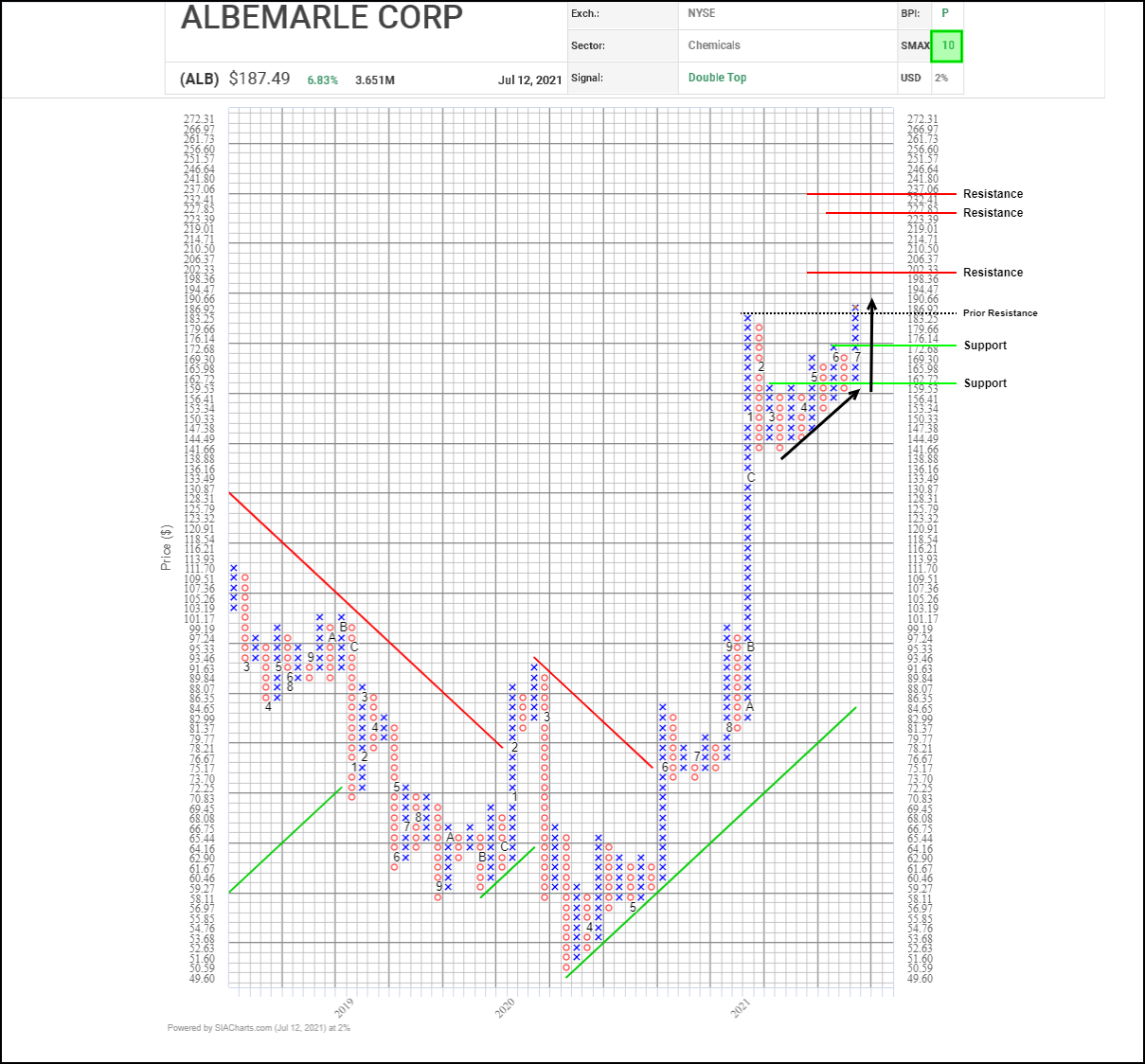