Marathon Petroleum (MPC) dropped out of the green zone in the SIA S&P 500 Index Report on Friday in the yellow neutral zone as falling oil prices weighed on energy stocks. The shares finished last week in 152nd place, down 25 spots on the day and down 115 places in the last month.

The recovery trend in Marathon Petroleum (MPC) shares which started with a breakaway gap last October, appears to have run out of steam for now. The shares were unable to overcome previous resistance near $65.00 last month. In the last two weeks, the shares appear to have come under distribution, falling on increasing volumes, snapping an uptrend line and diving back under $60.00.

Next potential downside support remains in place near the $50.00 round number, were success or failure may determine whether this is a common correction, or if a new downtrend has started. Next support on a breakdown appears near $42.50, initial resistance on a rebound appears near $58.00. 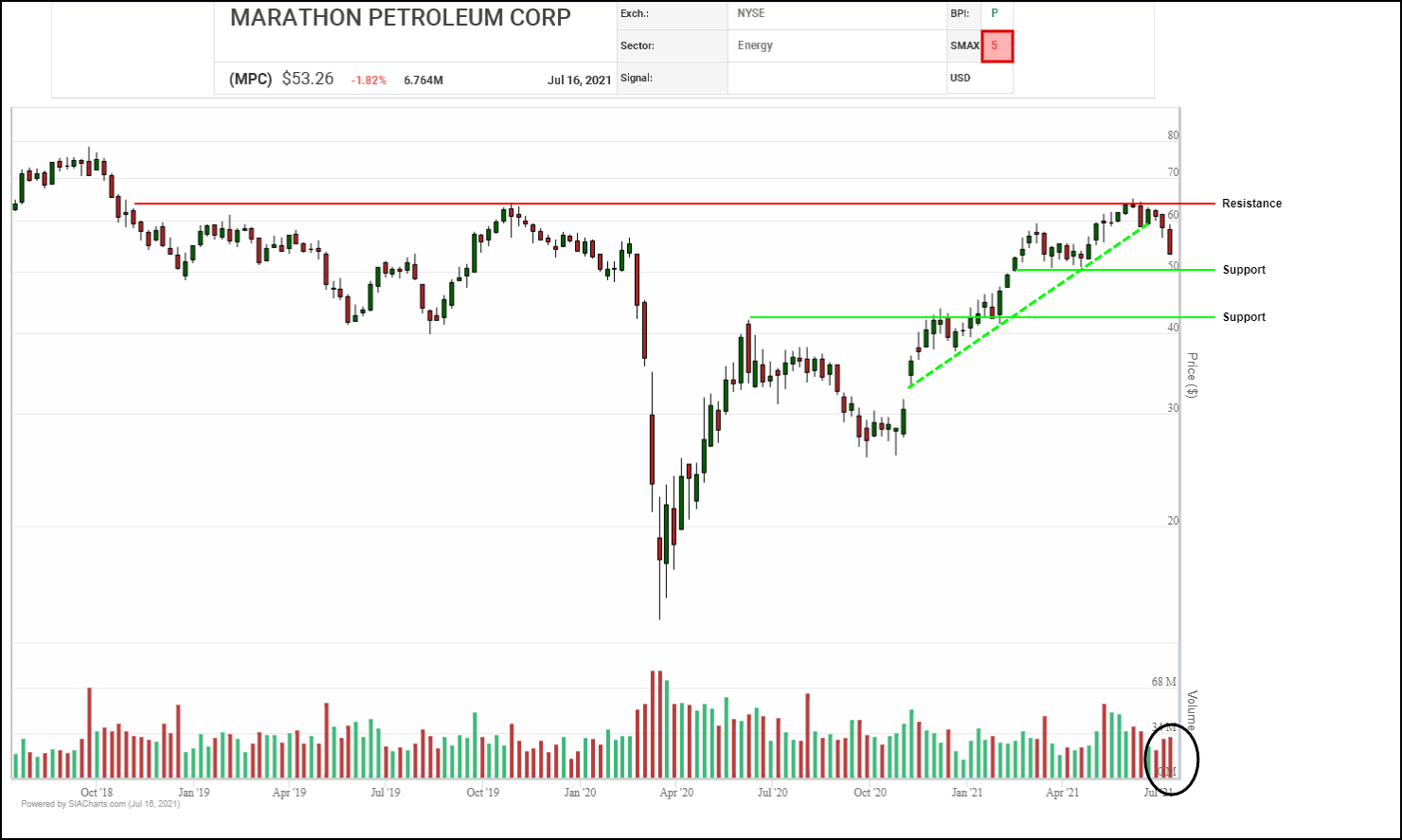 A recent breakout by Marathon Petroluem (MPC) shares over $63.40 turned out to be a short-lived fakeout as the shares have since rolled down into a column of Os and into a bearish High Pole Warning pattern.

Initial downside support is currently in place above $51.00. A break of that level would complete a bearish triple bottom pattern and signal the start of a new downtrend with next potential support near $48.00. Initial resistance on a bounce appears near $58.60 based on a 3-box reversal and a previous resistance level.

With a bearish SMAX score of 5, MRO is exhibiting weakness across the asset classes. 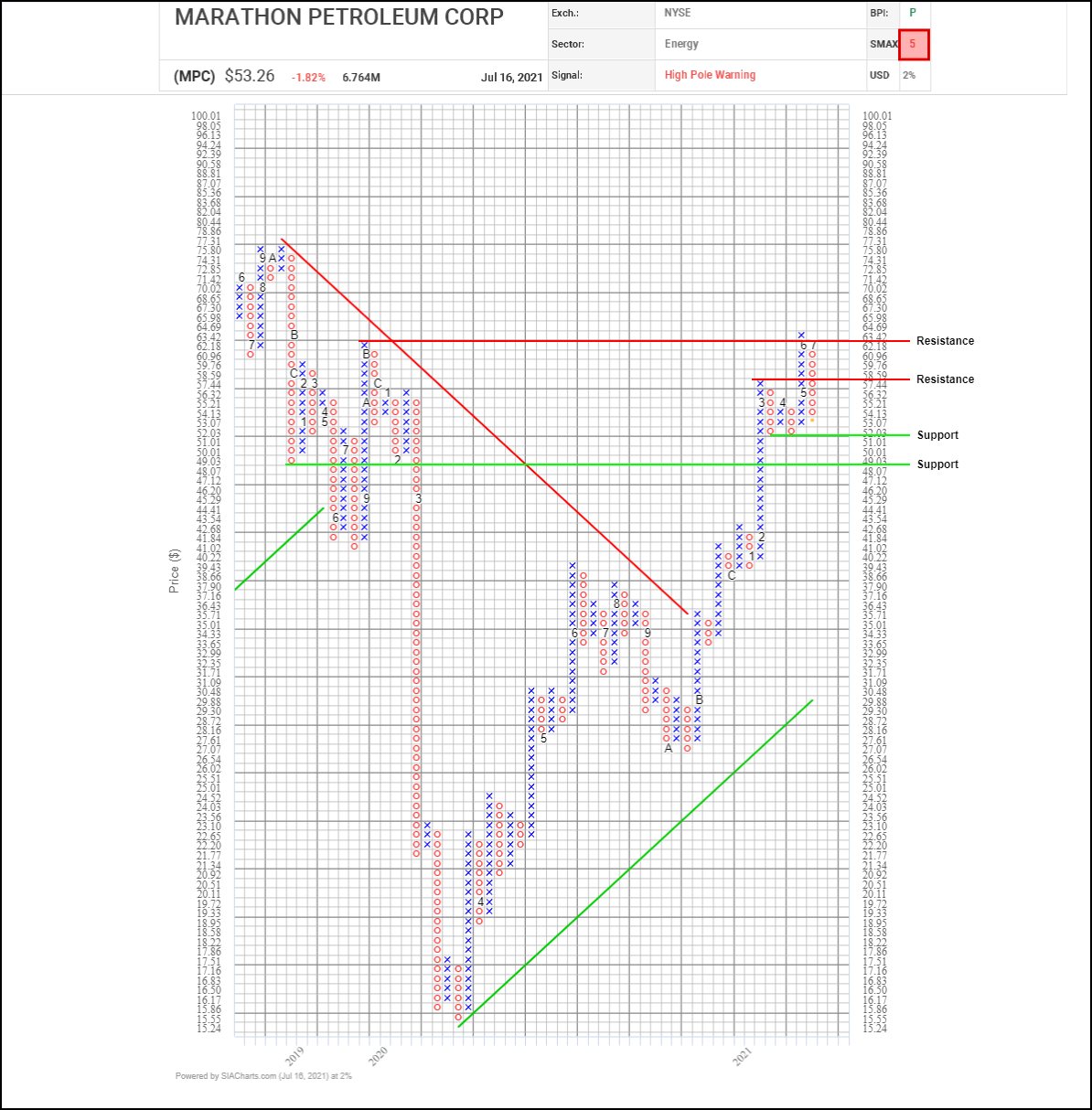