Less than a week after reporting strong quarterly results, Bank of America (BAC) has dropped out of the green zone of the SIA S&P 100 Index report into the Yellow Neutral Zone for the first time since February as traders continue to take profits against the news. Yesterday the shares finished in 26th place, down one spot on the day and down 12 places in the last month.

After completing a bullish ascending triangle breakout back in December, Bank of America (BAC) advanced for six months in a rising channel of higher highs and higher lows. Trading over the last month, however, increasingly indicates that the uptrend has ended and a new downtrend has started. Since the shares peaked six weeks ago, a series of bearish technical signals has occurred, including completing a bearish Rising Wedge, followed by falling under the 50-day average and retesting it as new resistance, and this week, completing a bearish Descending Triangle peak.

Next potential downside support appears near the $35.00 round number followed by a measured move at $32.50. Initial resistance appears at the recent breakdown point near $37.50. 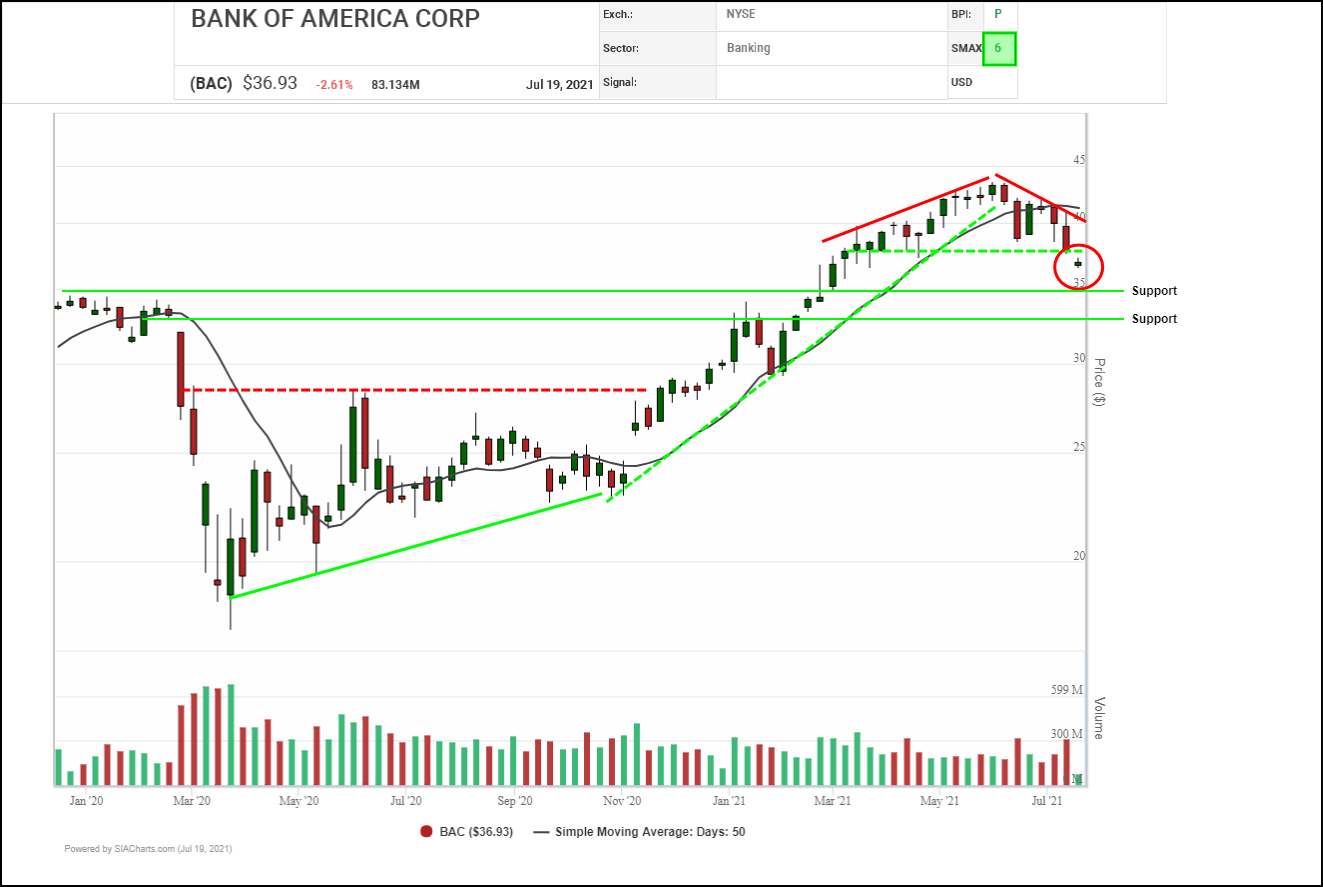 Back in November, Bank of America (BAC) shares rallied up off an uptrend support line, snapped a downtrend resistance line and embarked on an uptrend that continued through to a peak in June, gaining over 85% over that time. In recent weeks, however, the shares have rolled over and accumulation has turned to distribution.

Since the June peak, a new downtrend of lower column highs has emerged. Bearish pattern breakdowns including a Triple Bottom followed by a Spread Double Bottom indicate that support has disappeared, selling pressure has increased and the shares have embarked on a downward course.

Based on a combination of horizontal counts and previous column highs/lows next potential downside support tests on trend appear near $35.75, $35.05 and $34.35. Initial rebound resistance appears near $38.35 based on a 3-box reversal.

The SMAX score for BAC has dropped to 6 which is still bullish and showing strength against the asset classes, a drop of one more notch would put it into bearish territory. 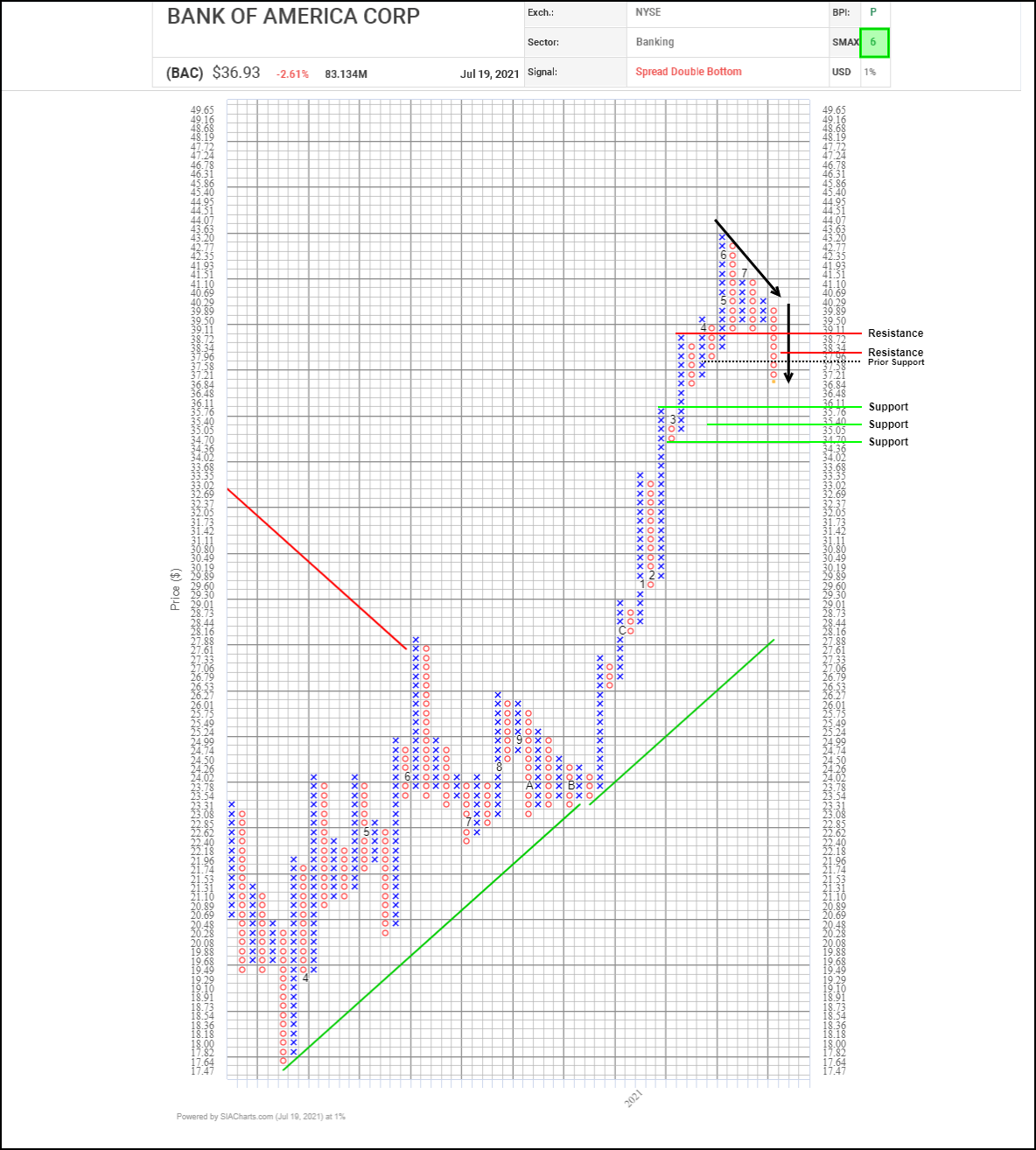