Medical diagnostic test producer PerkinElmer (PKI) returned to the Green Favored Zone of the SIA S&P 500 Index Report yesterday for the first time since February. It’s current climb up the rankings, which started from deep in the red zone back in May, continues with the shares finishing yesterday in 120th place, up 27 spots on the day and up 112 places in the last month.

Yesterday’s rally to a new all-time high has confirmed last week’s breakout over $160 which completed a bullish Ascending Triangle pattern. The shares have been under renewed accumulation since April, when a correction was contained at $120 where an old resistance level reversed polarity to become a new support level. The shares finding support above their 50-day average in recent weeks also indicates consistent investor support.

Based on a measured move from the triangle, which coincides with the height of the recent $120-$160 trading range, next potential resistance on trend appears near the $200 round number. Initial support appears near $160, the recent breakout point. 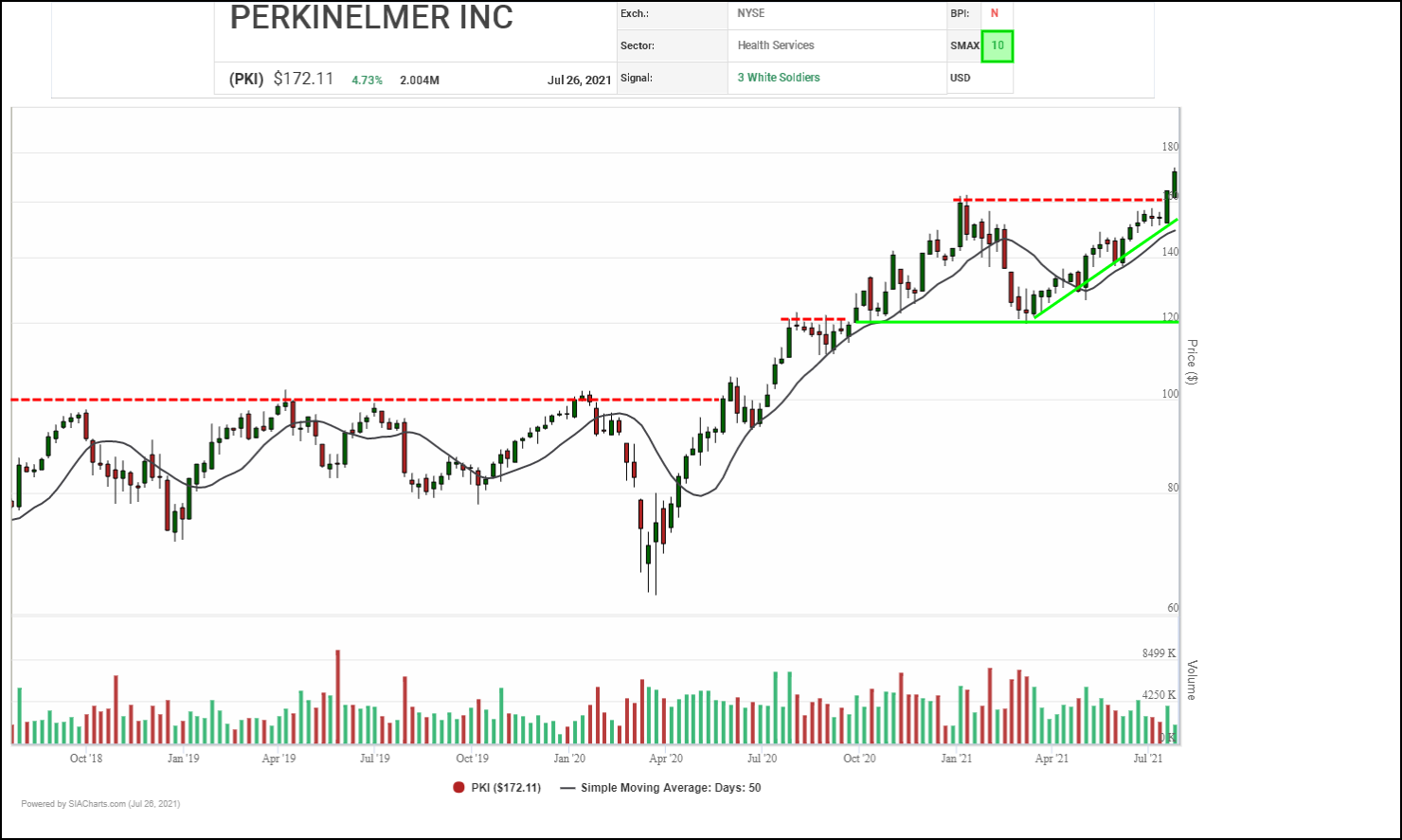 PerkinElmer (PKI) shares continue to climb to new highs, building on a recent breakout over $160, which completed a consolidation phase and signaled that the shares primary uptrend was resuming. A bullish High Pole continues to grow which has generates bullish Double Top and Spread Double Top breakouts along the way. Horizontal counts suggest next potential upside resistance may appear near $185.00 then $196.15 on trend, then the $200.00 round number. Initial support appears near $157.90 where a 3-box reversal and a retest of the recent breakout point converge.

With a perfect SMAX score of 10, PKI is exhibiting strength against the asset classes. 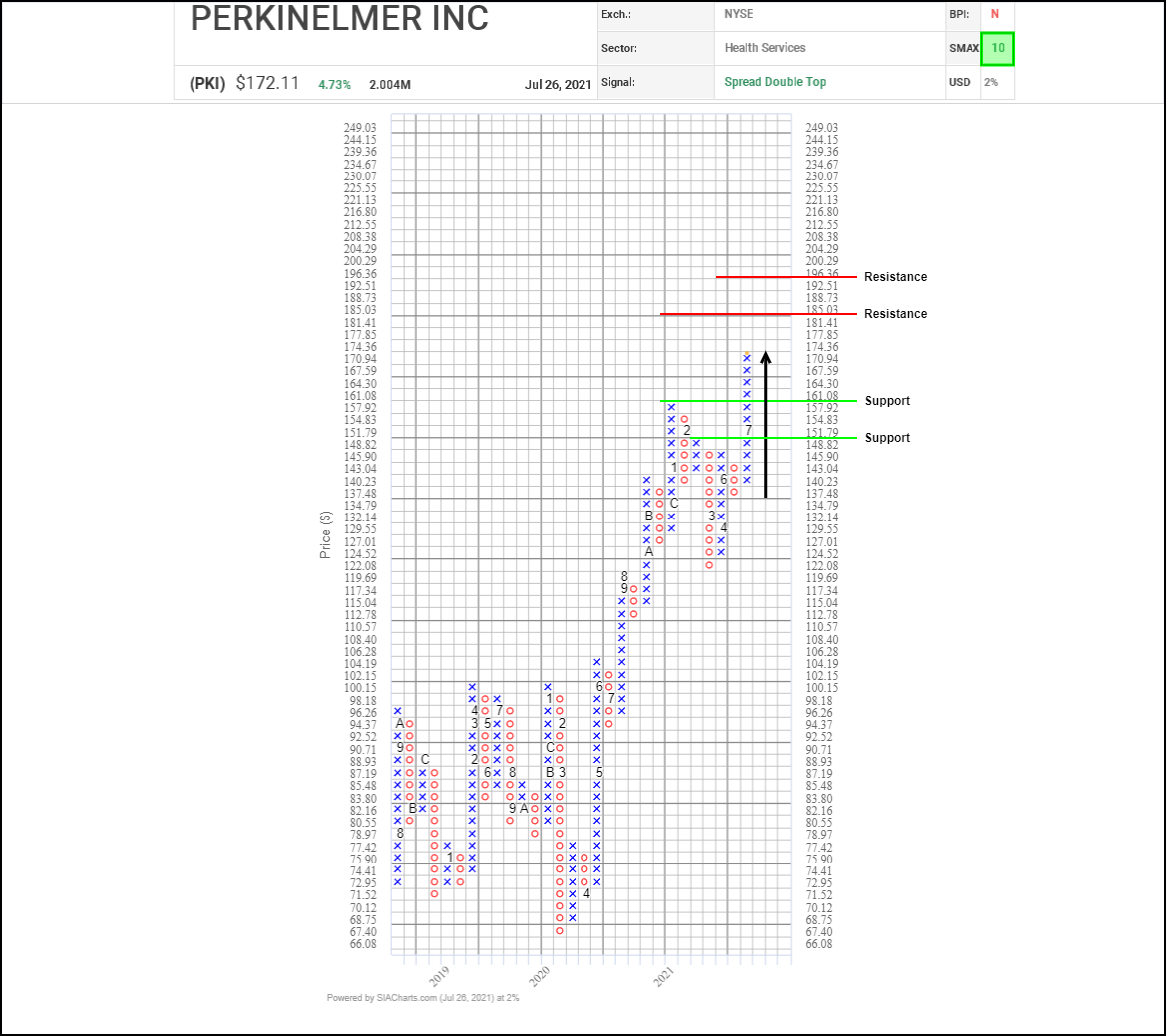