Engineering and manufacturing software producer PTC Inc. joined the SIA S&P 500 Index Report back in April, and promptly dropped down into the red zone. In recent weeks, it has been climbing up the rankings and recently moved up into the Green Favored Zone. On Friday, PTC finished in 96th place, up 34 spots on the day and up 191 places in the last month.

For the second time in less than a year, PTC shares have staged a major breakout. Just as they did back in November, this week the shares have rallied to a new all-time high and completed a bullish Ascending Triangle pattern to signal the start of a new advance. A bullish engulfing weekly candle also indicates renewed bullish interest from investors.

Measured moves from the two triangles suggest potential upside resistance near $183, $192, and $216 on trend, along with the $200 round number. Initial support appears at the 50-day moving average near $136 which the shares rallied up off of last week. 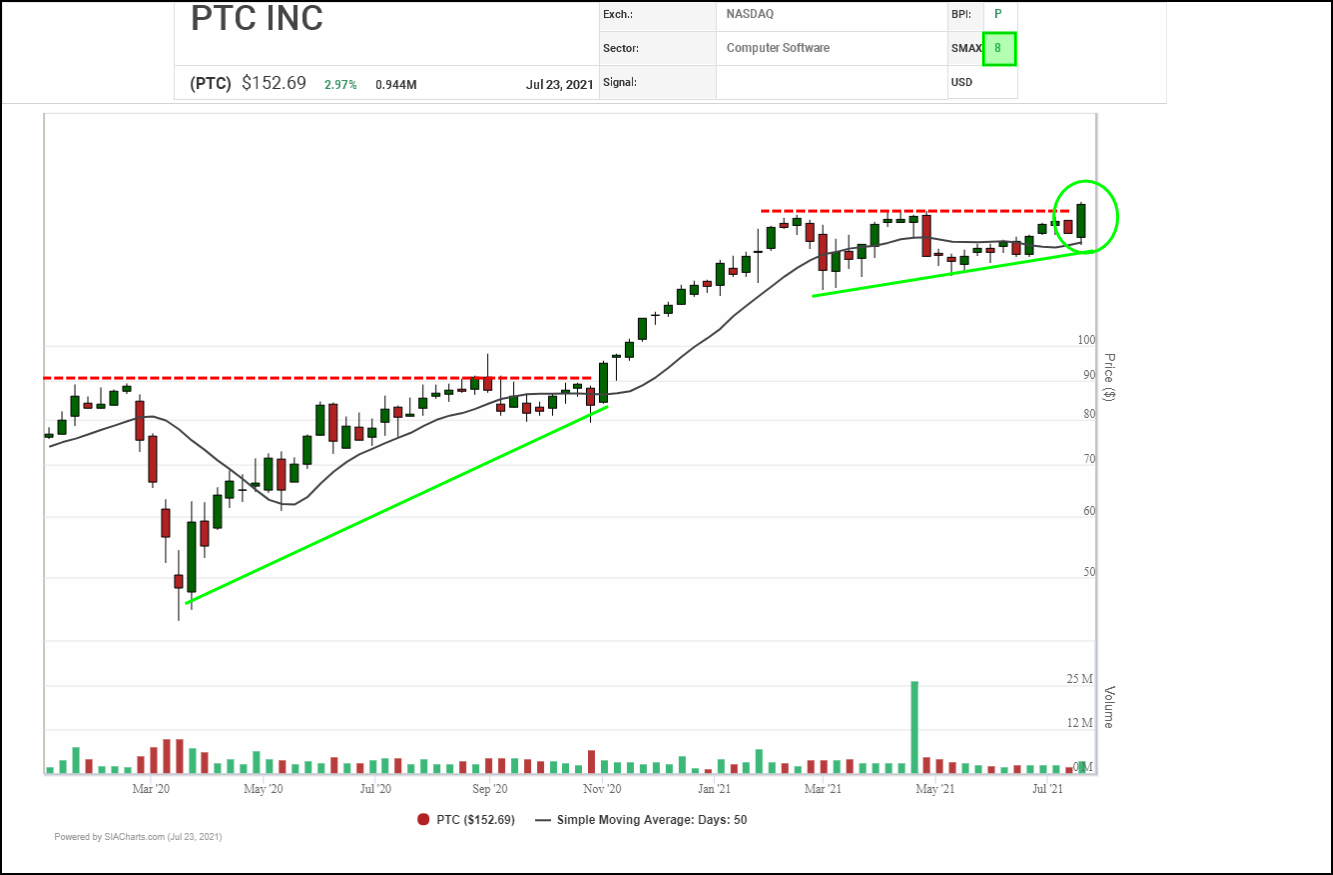 Between October and January, PTC staged a breakout high pole advance. Although upward momentum slowed after that, the shares remained under accumulation, establishing higher lows and completing positive pattern breakouts. Last week, the shares broke out to a new all-time high, completing a bullish Double Top pattern and signaling the start of a new upleg.

Horizontal counts from recent patterns suggest initial resistance could potentially appear near $162.15 then $179.05, followed on trend by the $200.00 round number, and then $209.80 based on a vertical count. Initial support appears near $138.40 based on a 3-box reversal.

With a bullish SMAX score of 8, PTC is exhibiting strength against the asset classes. 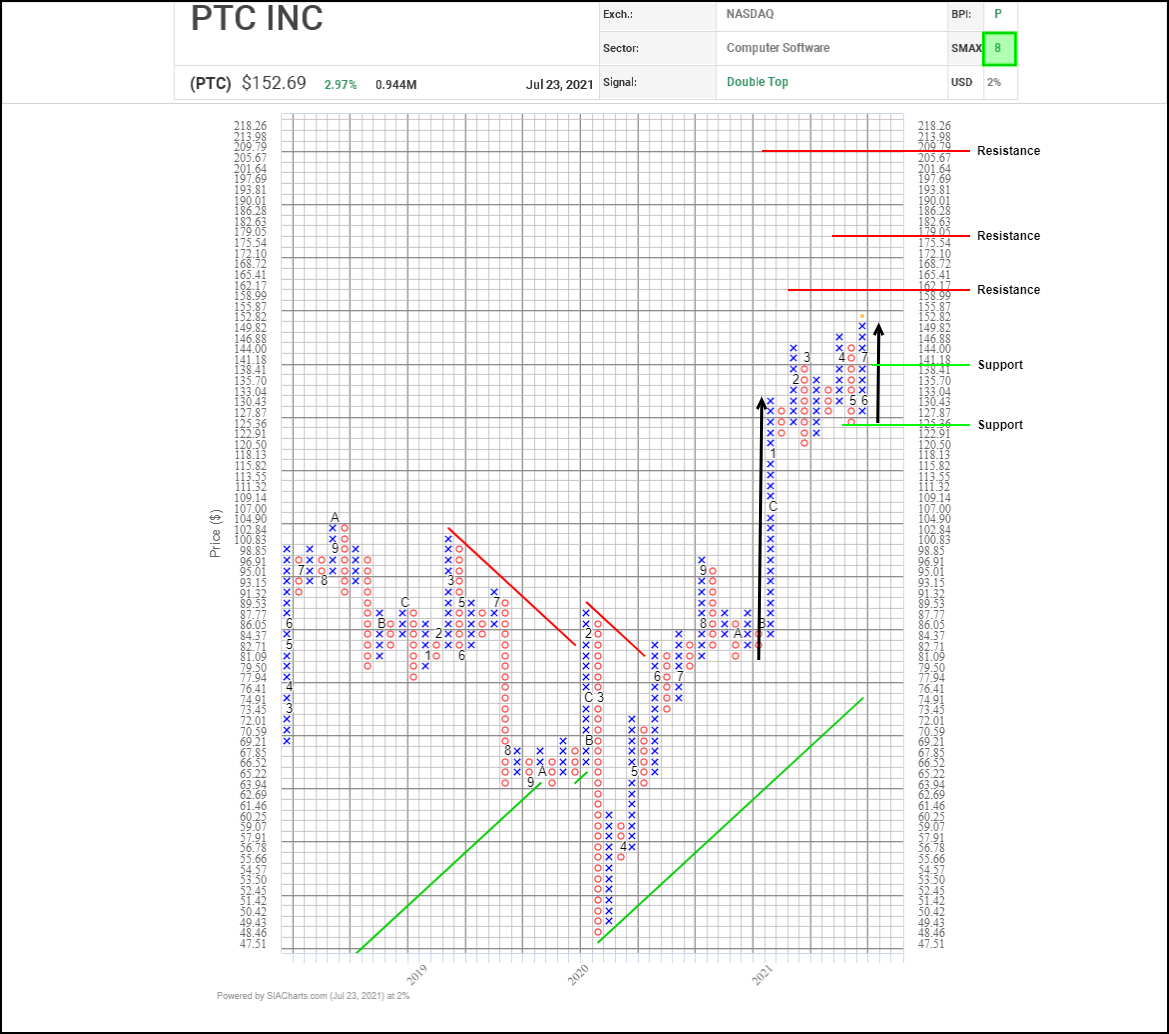