Branchless bank Equitable Group (EQB.TO) has returned to the Green Favored Zone of the SIA S&P/TSX Composite Index Report from a brief dip into the yellow zone. The shares finished yesterday in 57th place up 1 spot on the day and up 11 places in the last month.

Equitable Group (EQB.TO) shares have been under steady accumulation since bottoming out with the overall market in March of 2020. Over the last year, a steady upward trend of higher lows has signaled consistent underlying accumulation. Earlier this year, the shares broke out over $120 and after successfully retesting that level as new support, they have continued to climb, recently establishing another higher low near $130 and breaking out over $140 which may now reverse polarity to become initial support.

Initial upside resistance appears at the spring high near $146, followed by the $150 round number. Measured moves then suggest additional upside tests possible in the $160-$162 area then the $178-180 zone on trend. 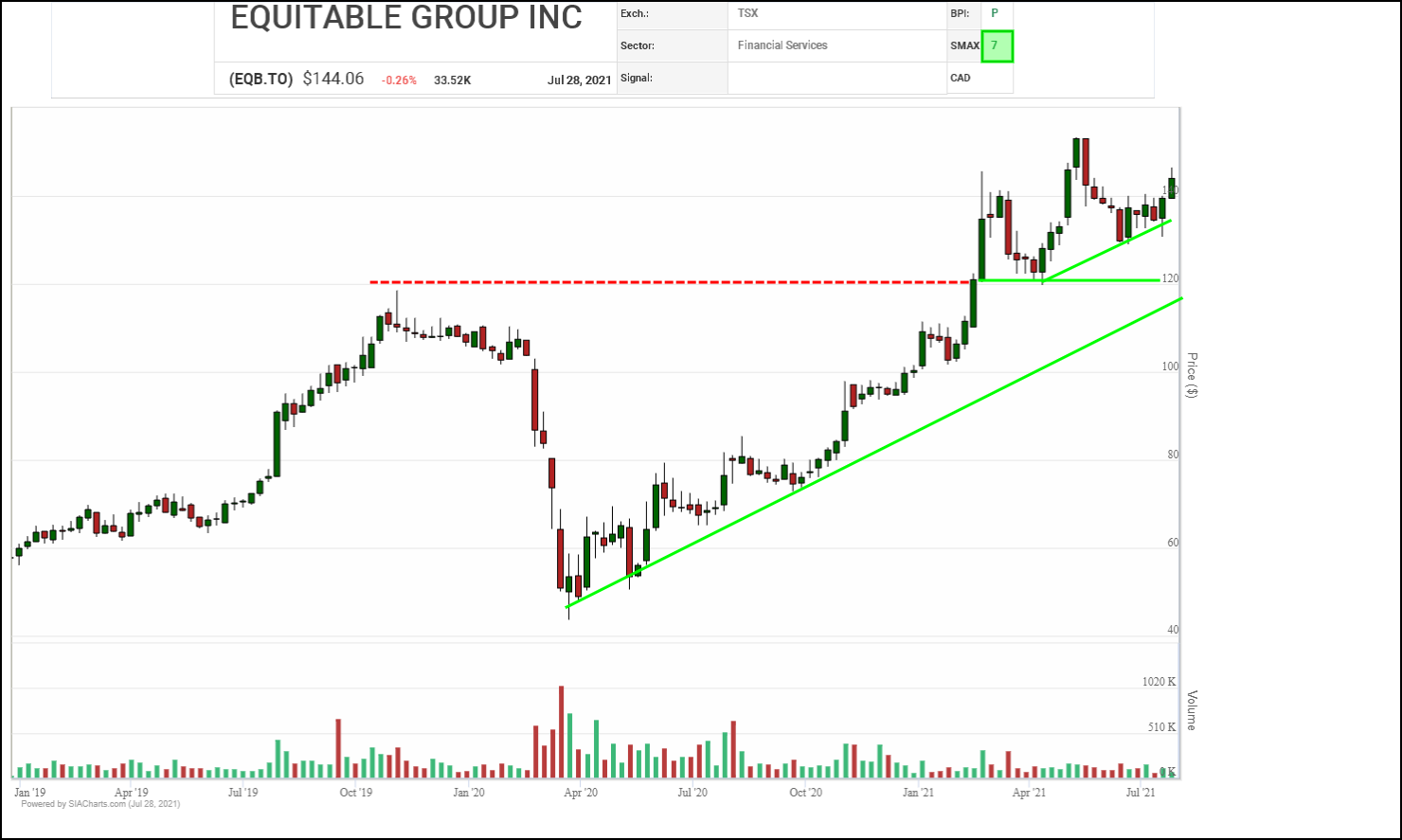 Since a breakout rally peaked back in February, Equitable Group (EQB.TO) shares have been consolidating their previous gains. In April, a breakdown quickly reversed into a Quadruple Top breakout which remains active and since then, an emerging trend of increasing lows has indicated consistent investor support. This week the shares have stared to attract renewed interest, breaking out over $140.10 again, this time completing a bullish Triple Top pattern.

Initial resistance appears at the $150.00 round number followed by the May high near $153.20. On a breakout, next potential upside tests appears near $159.45 and $162.65 based on horizontal counts. Initial support appears near $138.60 based on a 3-box reversal and a retest of the recent breakout point.

With its bullish SMAX score increasing to 7, EQB.TO is exhibiting strength against the asset classes. 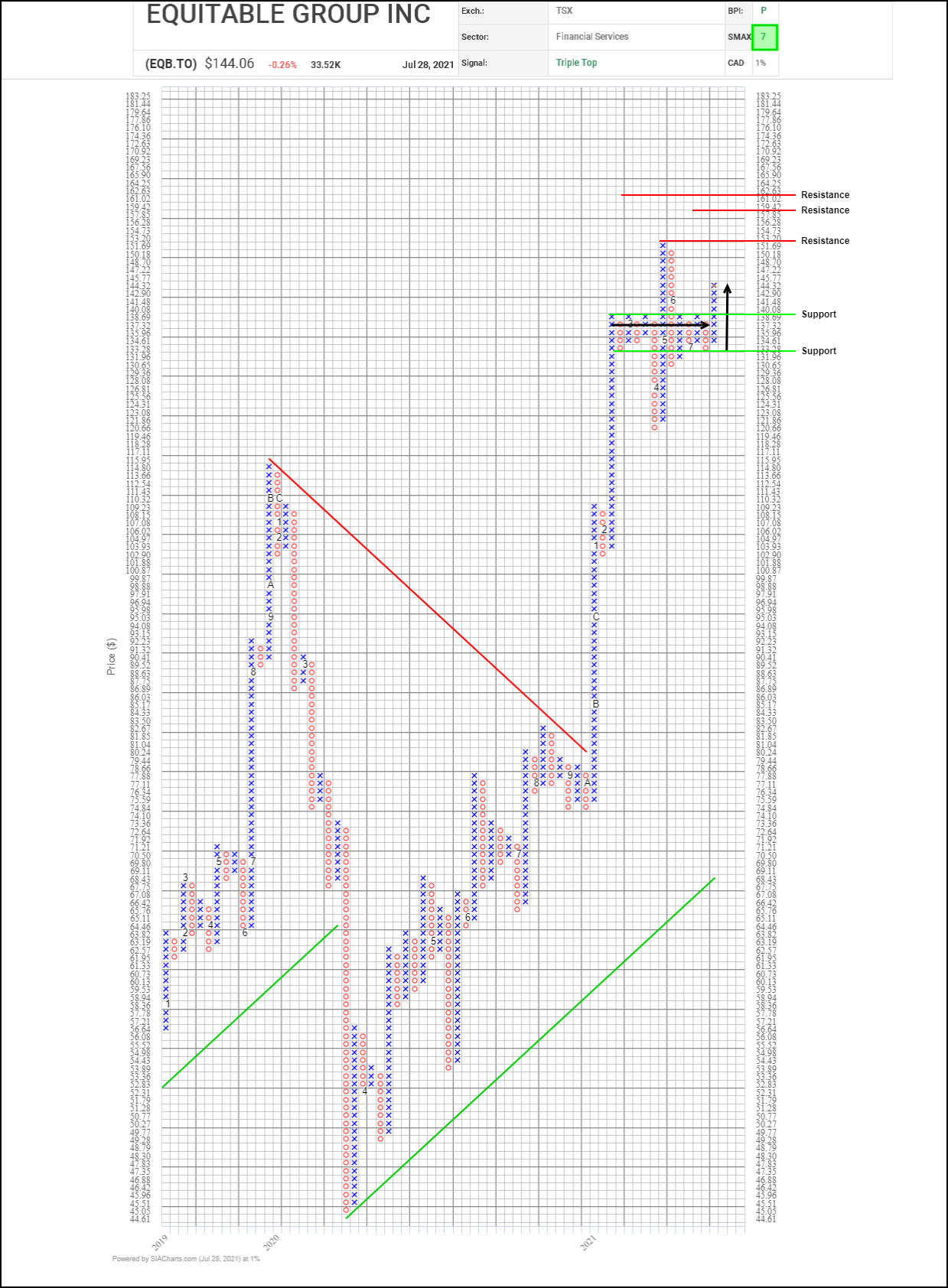