Steelmaker Nucor (NUE) has consistently been in the Green Favored Zone of the SIA S&P 500 Index Report since March, with the shares up 53.4% over that time. Yesterday, they moved up 14 spots to 60th place.

Late 2020 and the first half of the year was a strong period technically for Nucor (NUE), with the shares snapping out of a downtrend, then seeing accumulation accelerate following a breakout over $60.00. Recently, the shares entered a normal period of sideways consolidation to digest their earlier large gains with a $90.00 to $110.00 trading range emerging over the last six weeks.

Signs of accumulation resuming have started to emerge with NUE regaining its 50-day average near $98.75 and the $100.00 round number, which has reversed polarity to become a new initial support range. It would take a breakout over $110.00 to signal the start of a new upleg but should that occur, next potential upside resistance may emerge near the $125.00 round number, then a measured $130.00. 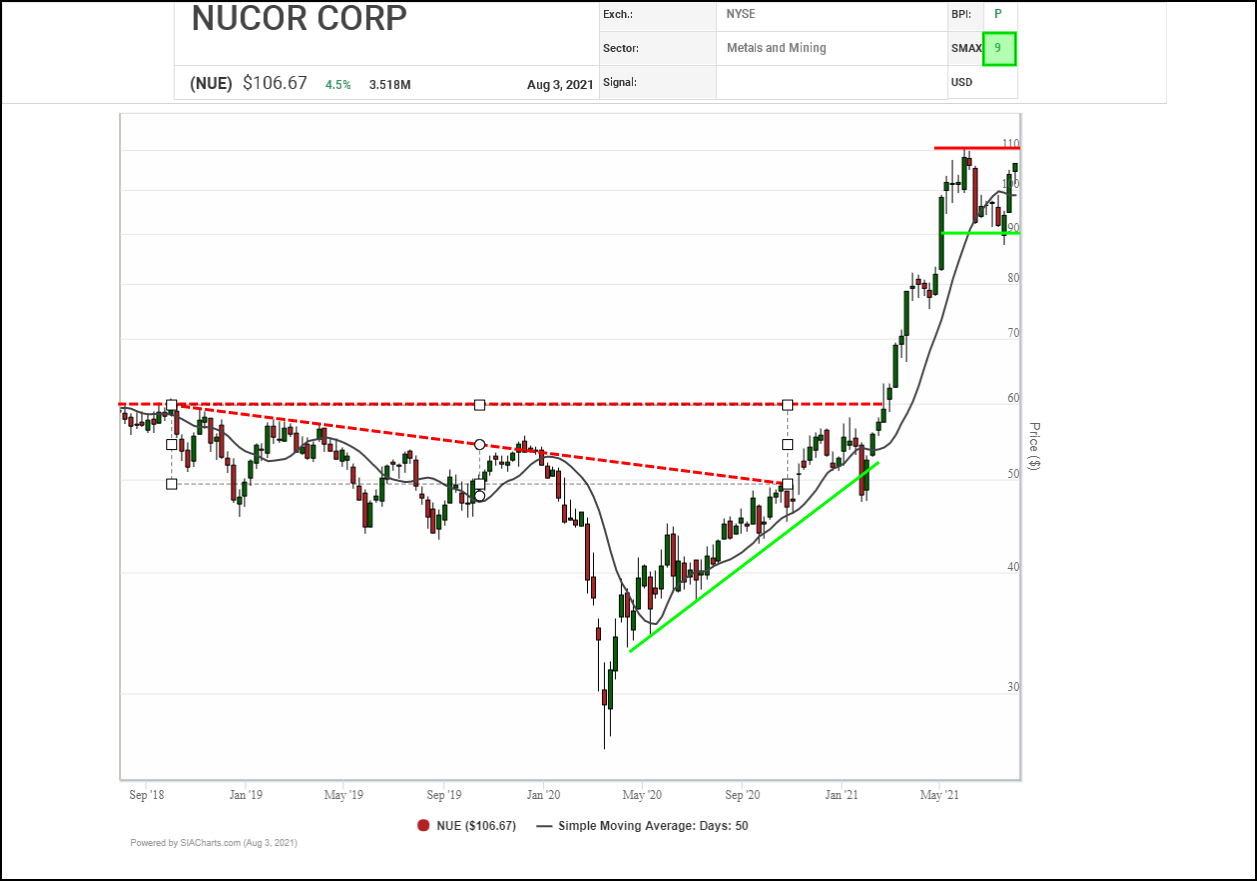 Following a big run up between February and June Nucor (NUE) shares have dropped back in a normal correction. Recent trading suggests that this pullback has ended and that accumulation has resumed. A recent bullish Triple Top breakout has called off a previous bearish Triple Bottom pattern, indicating that the trend has shifted from downward to sideways.

The shares regaining $100.00 was an encouraging sign but it would still take a move back above the previous peak near $111.35 to signal that the primary uptrend has resumed. Should that occur, a horizontal count suggests next potential resistance may appear near $121.80, followed by the $125.00 round number. Initial support appears near $101.80 based on a 3-box reversal, followed by the $100.00 round number.

With a bullish SMAX score of 9, NUE is exhibiting strength against the asset classes. 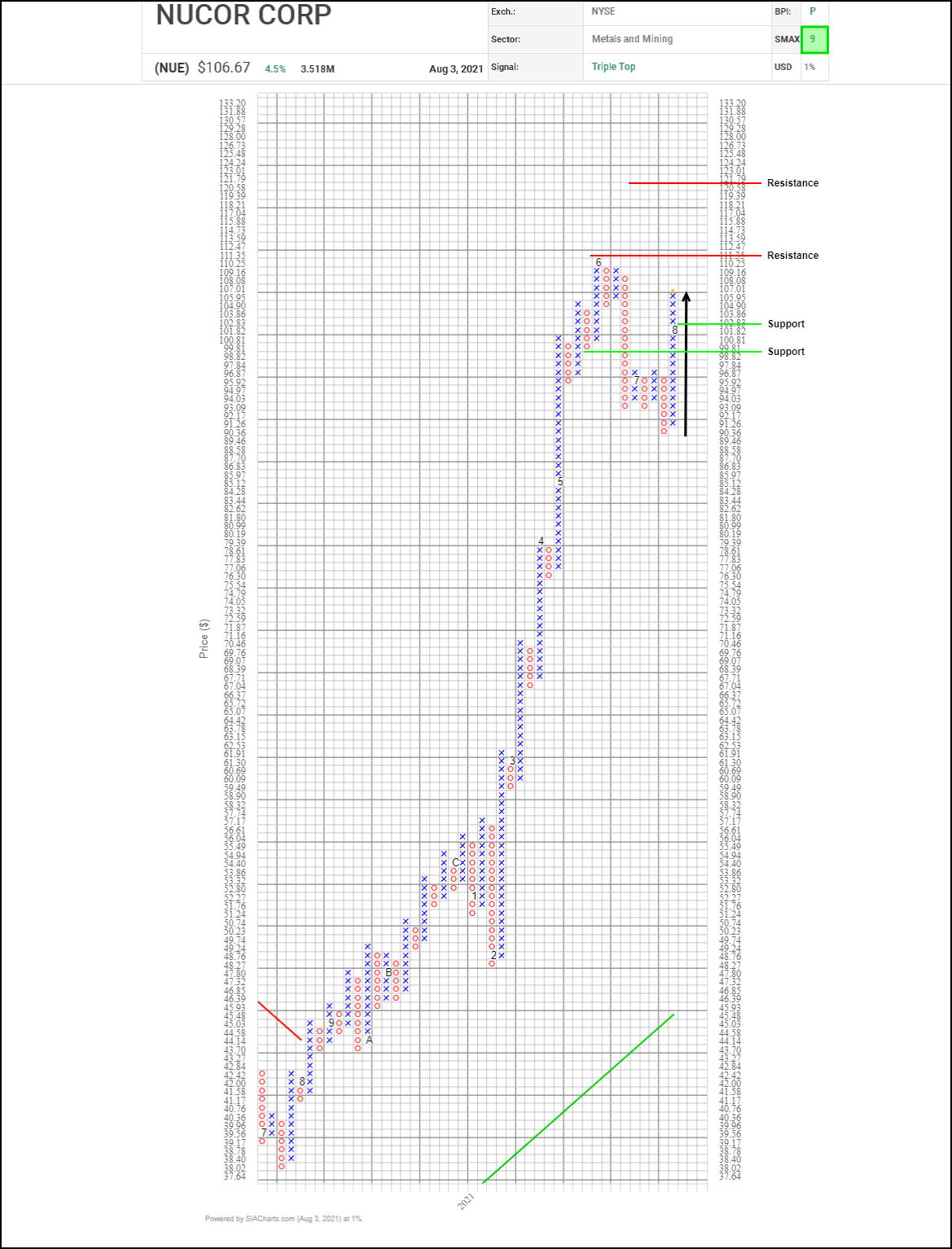