Chipmaker Advanced Micro Devices (AMD) recently returned to the Green Favored Zone of the SIA S&P 500 Index Report for the first time since January, bouncing back from a drop down into the red zone. The shares continue to climb up the rankings, having moved up 9 spots yesterday and 123 places in the last month to 97th place.

A major breakout is underway in Advanced Micro Devices (AMD) shares. After staging a strong rally in the summer of 2020, the shares spent nearly a year in consolidation mode, trading between $72.50 and $97.50. Following a successful retest of the lower end of this range back in May, the shares have been under renewed accumulation. In the last few days, the shares have blasted through the top of the range on high volume, indicating a surge in investor interest, and have confirmed the breakout with a move above $100.00, signaling the start of a new advance.

Based on a measured move from the completed Ascending Triangle, next potential upside resistance appears near $122.50, then the $125.00 round number. Initial support appears near the $97.50 breakout point. 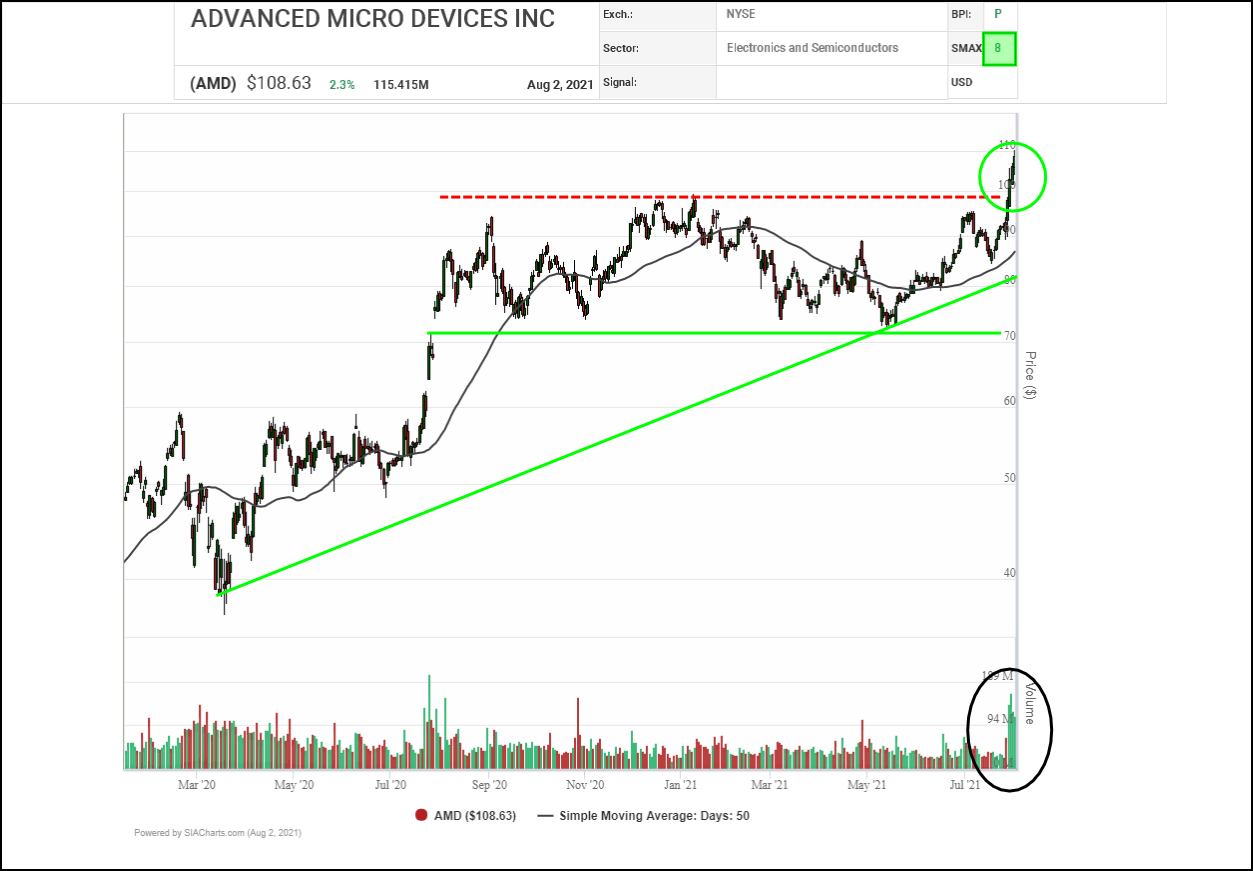 Building on a series of bullish Double Top breakouts, Advanced Micro Devices (AMD) shares recently broke out to a new all time high above $98.00, completing a bullish Spread Double Top pattern to signal the start of a new uptrend. This big breakout has since been confirmed with the shares continuing to climb above $100.00.

With a bullish SMAX score of 8, AMD is exhibiting strength against the asset classes. 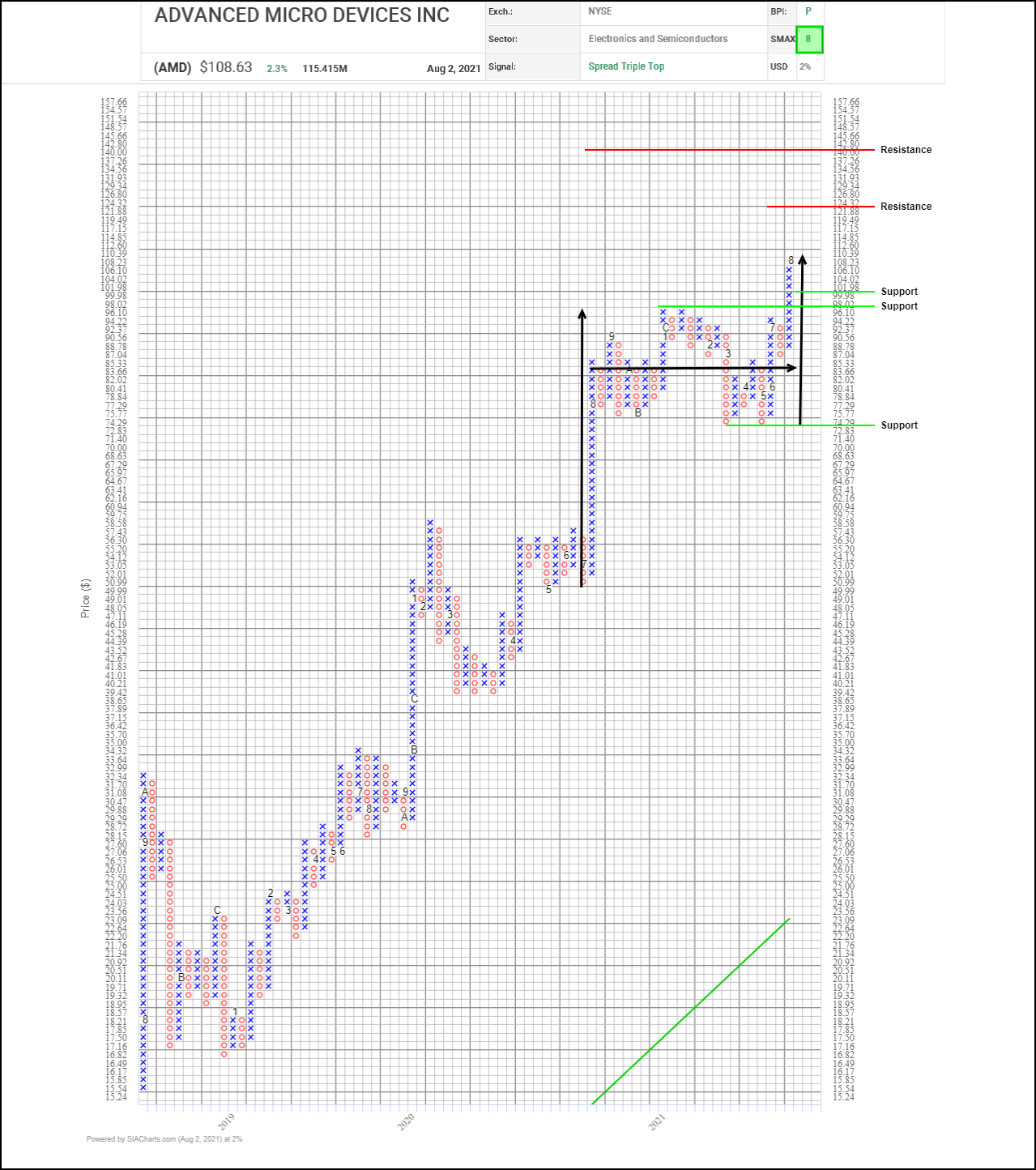