For almost a year, athletic clothing producer Gildan Activewear (GIL.TO) has been in the Green Favored Zone of the SIA S&P/TSX 60 Index Report, gaining 85.7% over that time. Yesterday, the shares climbed up to top spot in the report for the first time after moving up 3 places on the day.

Since a downtrend that started in the summer of 2019 bottomed out in March of 2020, Gildan Activewear (GIL.TO) shares have been steadily recovering lost ground, consistently climbing in a rising channel of higher highs and higher lows, a sign of ongoing accumulation. 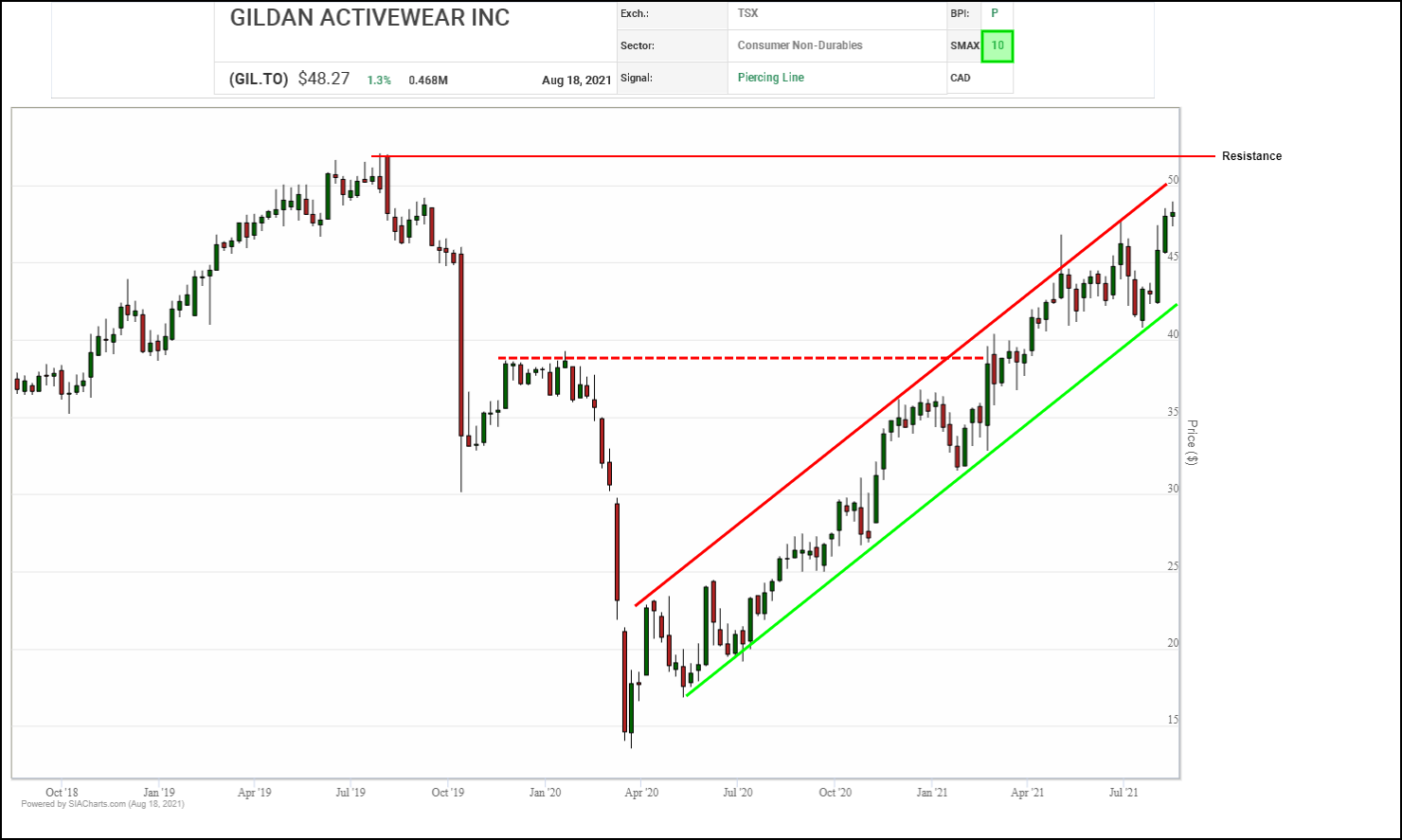 Earlier this year, Gildan Activewear (GIL.TO) shares snapped out of a downtrend and have remained under accumulation since then, continuing an upward trend of higher column lows and positive pattern completions. This month, the shares have rebounded from a brief 5-box correction, embarking on a new upleg with the completion of a bullish Double Top breakout.

The shares are currently approaching the $50.00 round number with initial upside resistance possible at their 2019 peak near $51.75, followed by the $58.25 to $59.50 zone where vertical and horizontal counts converge. Initial support appears near $45.05 based on a 3-box reversal.

With a perfect SMAX score of 10, GIL.TO is exhibiting strength across the asset classes. 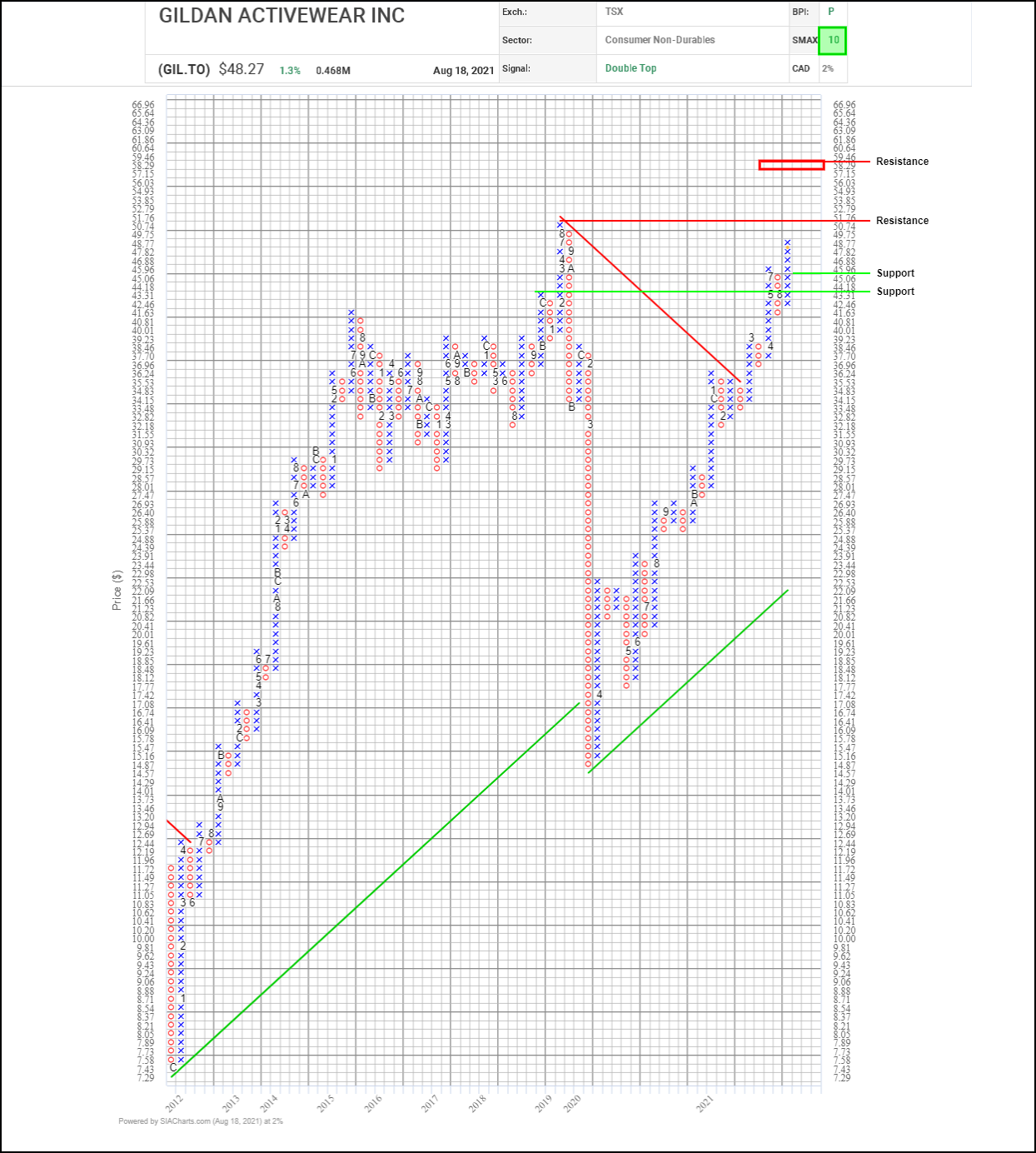