Cadence Design Systems (CDNS) a producer of computational software for semiconductors and communications related applications, returned to the Green Favored Zone of the SIA S&P 500 Index Report on Friday for the first time since March. The shares finished last week in 111th place up 17 spots on Friday and up 119 places in the last month.

A major breakout is underway in Cadence Design Systems (CDNS) shares. From March of 2020 through February of 2021 the shares staged a major advance. Since peaking six months ago, the shares have drifted sideways between $120 (where a former resistance level became support) and $150 consolidating previous gains. Following a successful retest of $120, the shares came under renewed accumulation. Last week, the shares broke out to new highs over $150 on volume, completing another bullish Ascending Triangle pattern, indicating increased investor interest and signaling the start of a new advance.

Based on a round number and a measured move from the triangle, initial upside resistance appears in the $175-$180 range. Initial support appears between trend support near $145, and $150 a round number and the recent breakout point. 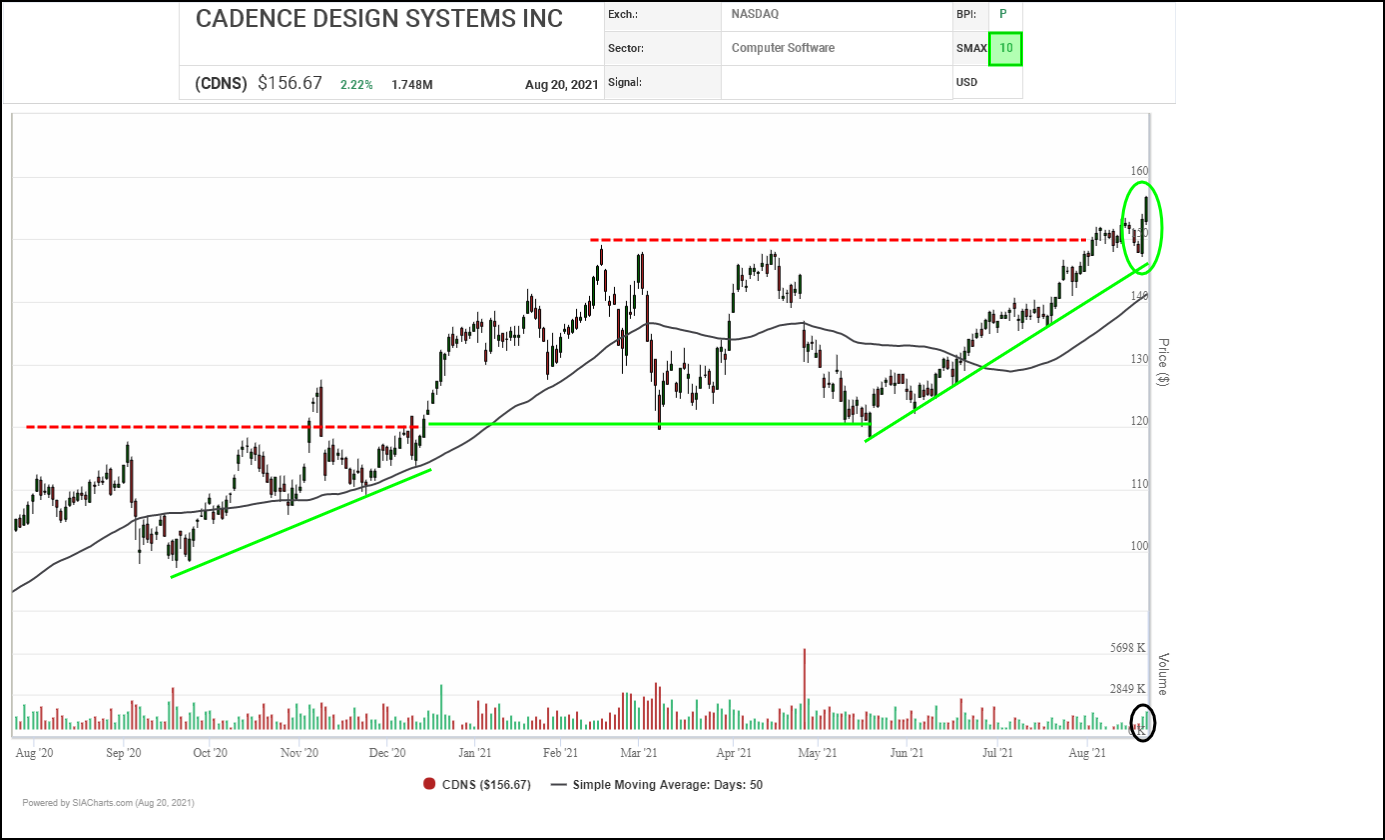 With a big breakout over $148.00, Cadence Design Systems (CDNS) has completed a rare but very bullish Quadruple Top pattern, signaling an end to six months of sideways consolidation and the start of a new advance.

Based on vertical and horizontal counts, next potential upside resistance appears between $176.90 and $184.05. Initial

With its bullish SMAX score increasing to a perfect 10, CDNS is exhibiting strength across the asset classes. 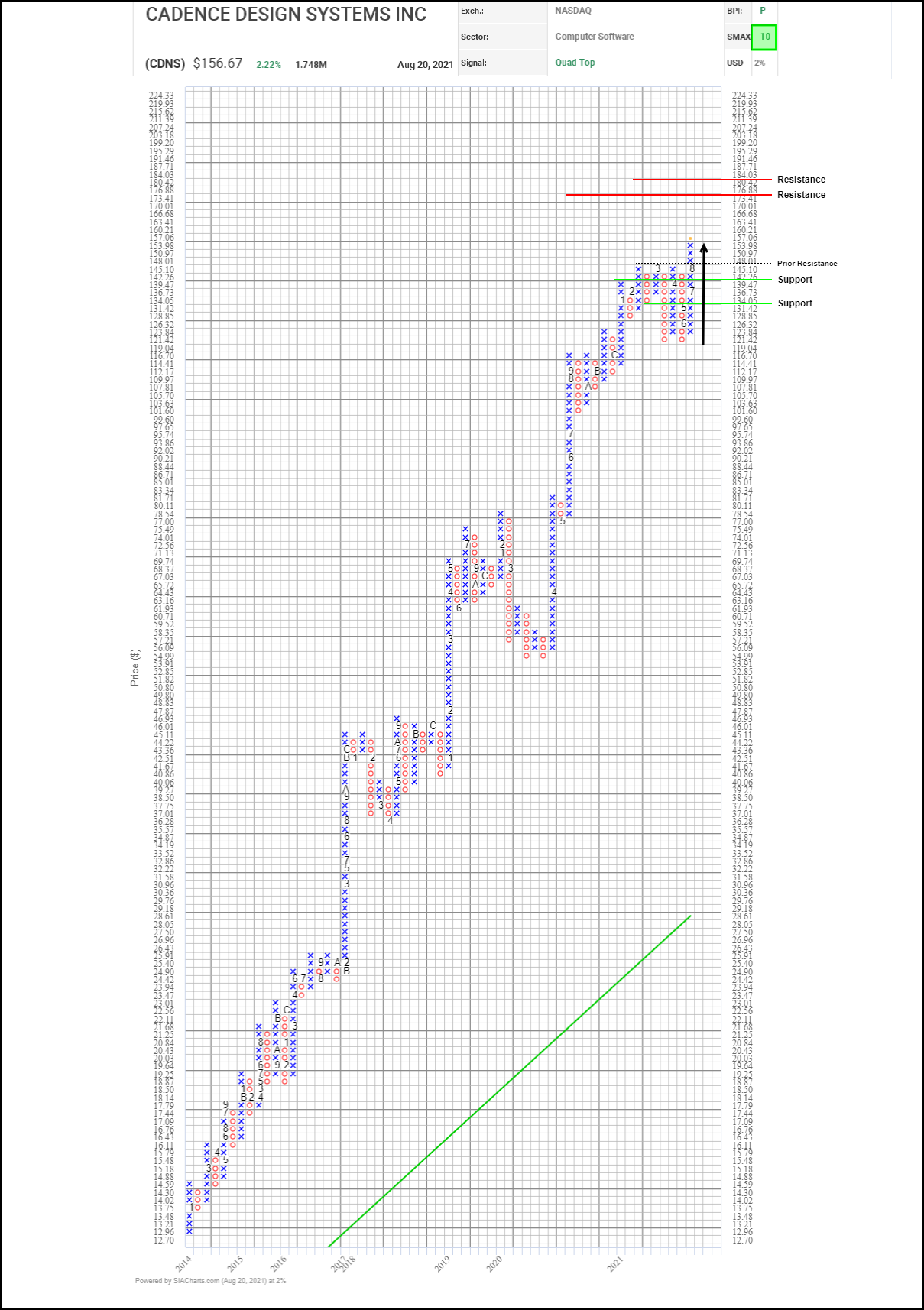