Miner Labrador Iron Ore (LIF.TO) recently dropped out of the green zone in the SIA S&P/TSX Composite Index Report for the first time since last December, falling into the Yellow Neutral Zone. Yesterday, the shares finished in 79th place down 9 spots on the day and down 77 places in the last month.

Sentiment has decisively turned against Labrador Iron Ore (LIF.TO) shares in the last couple of weeks. The shares had been under accumulation since December but had started to struggle with round number resistance near $50.00. This month the bottom has fallen out from under the shares which snapped an uptrend line, completed a bearish Rising Wedge pattern, completed a bearish Head and Shoulders Top (upper circle), and broken below their 50-day moving average. This collapse occurred on an increase in volume (lower circle) which confirms that selling pressure has increased.

At the moment, the shares have found some support near the $40.00 round number but if that fails, next downside support doesn’t really appear until the $30.00 to $33.00 area. Initial rebound resistance appears near $45.00, a previous low and recent breakdown point. 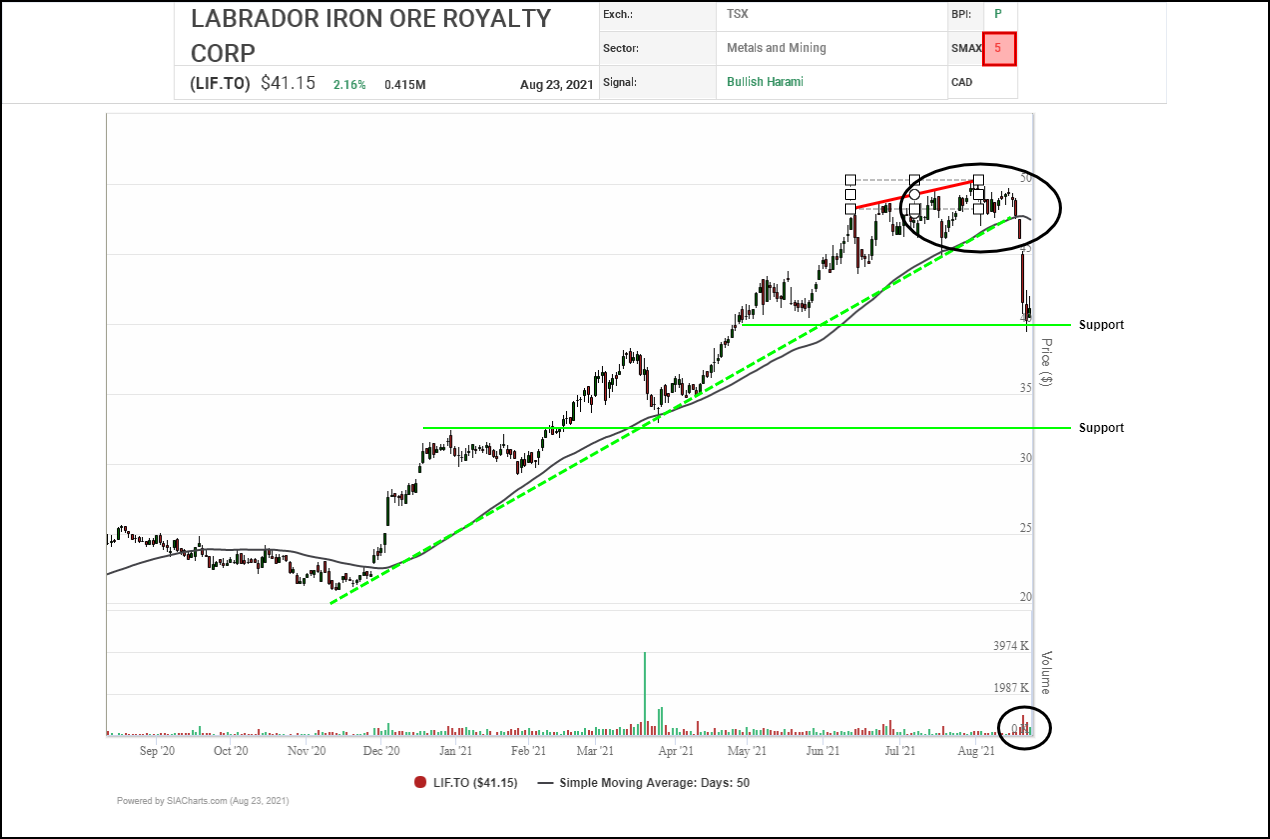 This 1% chart highlights the decisive downturn in Labrador Iron Ore (LIF.TO) shares this month. Starting in November the shares staged a strong advance that saw the shares more than double in price. Over time, however, upward momentum slowed as a series of large high poles evolved into a series of smaller and smaller breakouts. This month, the shares have clearly turned downward, completing one bearish Double Bottom and two bearish Spread Double Bottom breakdowns creating a large Low Pole in the process.

With a bearish SMAX score of 5, LIF.TO is exhibiting weakness against the asset classes.