Uranium miner Cameco soared up the rankings in the SIA S&P/TSX 60 Index Report yesterday, climbing directly from the red zone to the Green Favored Zone by jumping 34 spots to 8th place in a single session.

Cameco (CCO.TO) shares have come under renewed accumulation in a big way over the last two weeks. The shares had spent most of this year stuck trading in a range between $20.00 and $25.00. For two months this summer, the shares had been under steady distribution but this has now changed to accumulation. Not only have the shares rallied up off of $20.00 on increasing volume to signal renewed interest, they have broken out of a downtrend and yesterday’s breakout over $25.00 has called off a bearish head and shoulders top that had been forming.

Initial upside resistance appears at the June high near $26.60, followed by $30.00 where a round number and a measured move converge, and then $33.20 based on another measured move. Initial support appears near the $25.00 round number/breakout point and then $24.25. 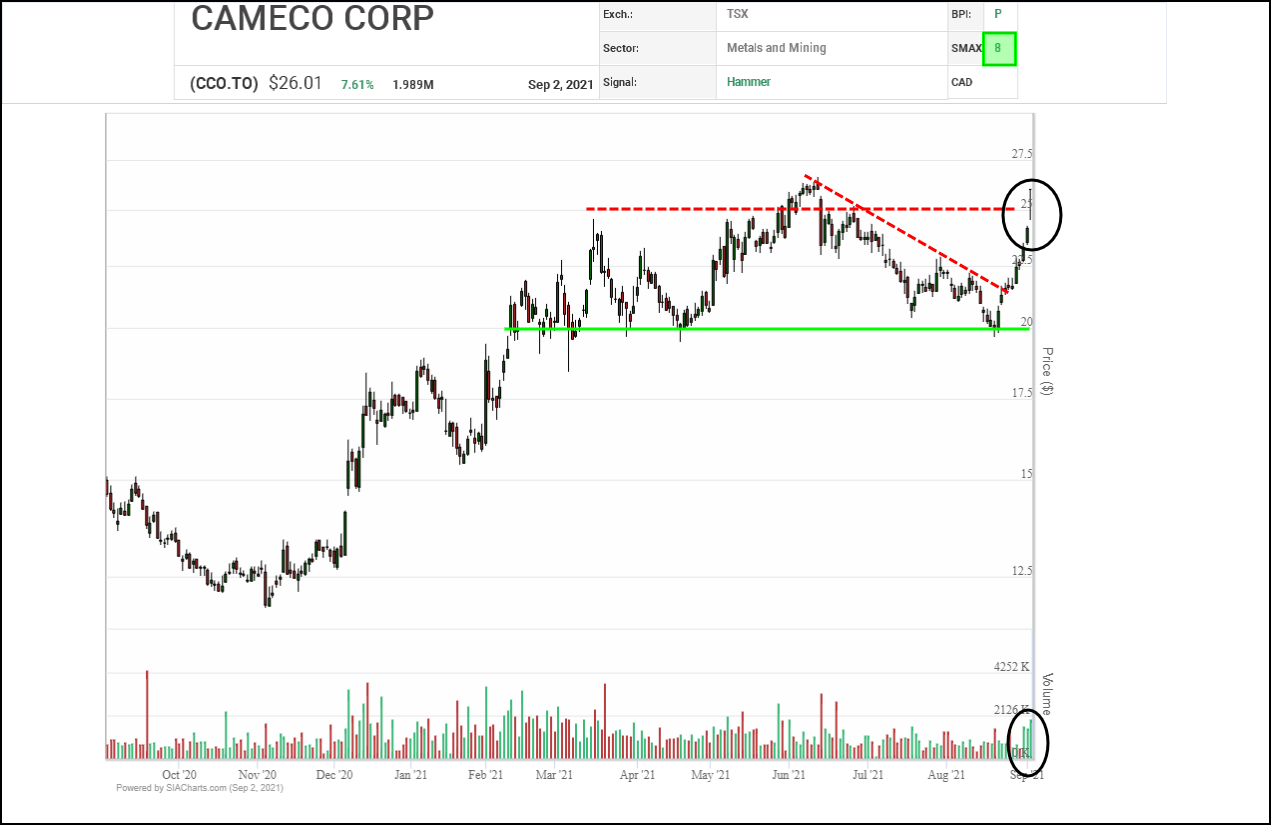 After spending most of the summer under distribution, Cameco (CCO.TO) shares bottomed out last month with a successful test of $20.00 round number support. In the last few days, the shares have roared back to life, completing a bullish Double Top and two bullish Spread Double Top breakouts.

The shares are currently approaching their June peak near $26.30 with next potential resistance after that on trend near $27.10 based on a horizontal count and $29.05 based on a vertical count. Initial support appears between $24.80 based on a 3-box reversal, and the $25.00 round number.

With a bullish SMAX score of 8, CCO.TO is exhibiting strength across the asset classes. 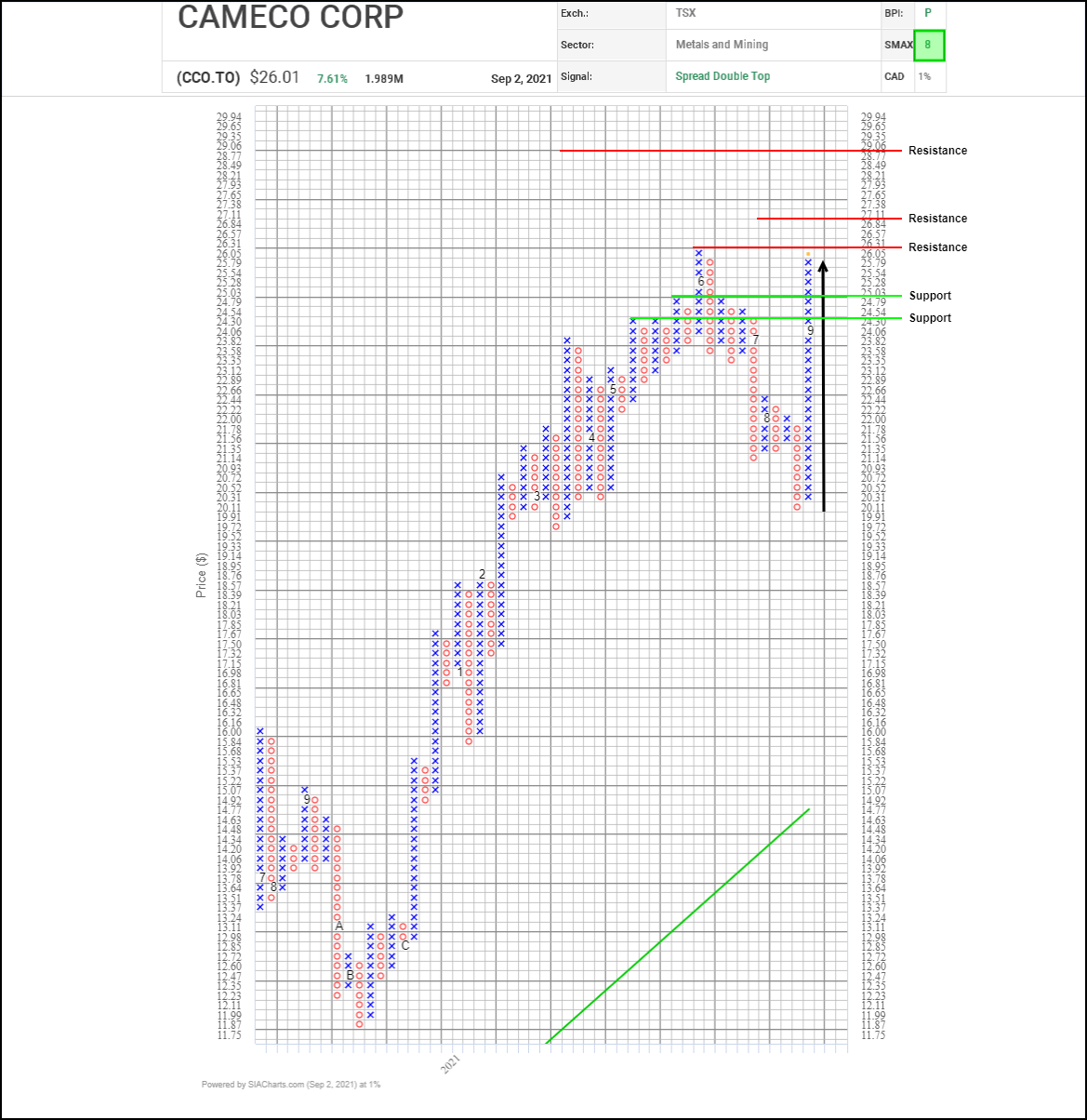