Base metal miner Teck Resources (TECK.B.TO) has turned upward within the SIA S&P/TSX 60 Index Report, climbing up out of the red zone and moving up quickly within the Yellow Neutral Zone. On Friday the shares finished in 19th place, up 12 spots on the day and only 4 spots outside of the green zone.

The last year has been a tale of two trends for Teck Resources (TECK.B.TO) shares. For six months, the shares steadily advanced in a rising channel. Starting in March, however, upward momentum slowed and the shares moved into an essentially sideways trend. Over the summer, the shares established and successfully retested support at a higher level near $25.00 but struggled with $30.00 resistance. On Friday, the shares staged a significant breakout, closing above $30.00 for the first time since June, to signal that the recent consolidation phase has ended and accumulation has resumed. Since peaking back in May, Teck Resources (TECK.B.TO) shares had been drifting sideways to downward through the summer. Recent trading suggests that accumulation has resumed with the shares completing a bullish Double Top pattern, which called off a previous bearish double bottom head fake, then confirming the upturn with bullish Spread Double Top and Spread Triple Top breakouts.

With its bullish SMAX score increasing to 9, TECK.B.TO is exhibiting strength against the asset classes. 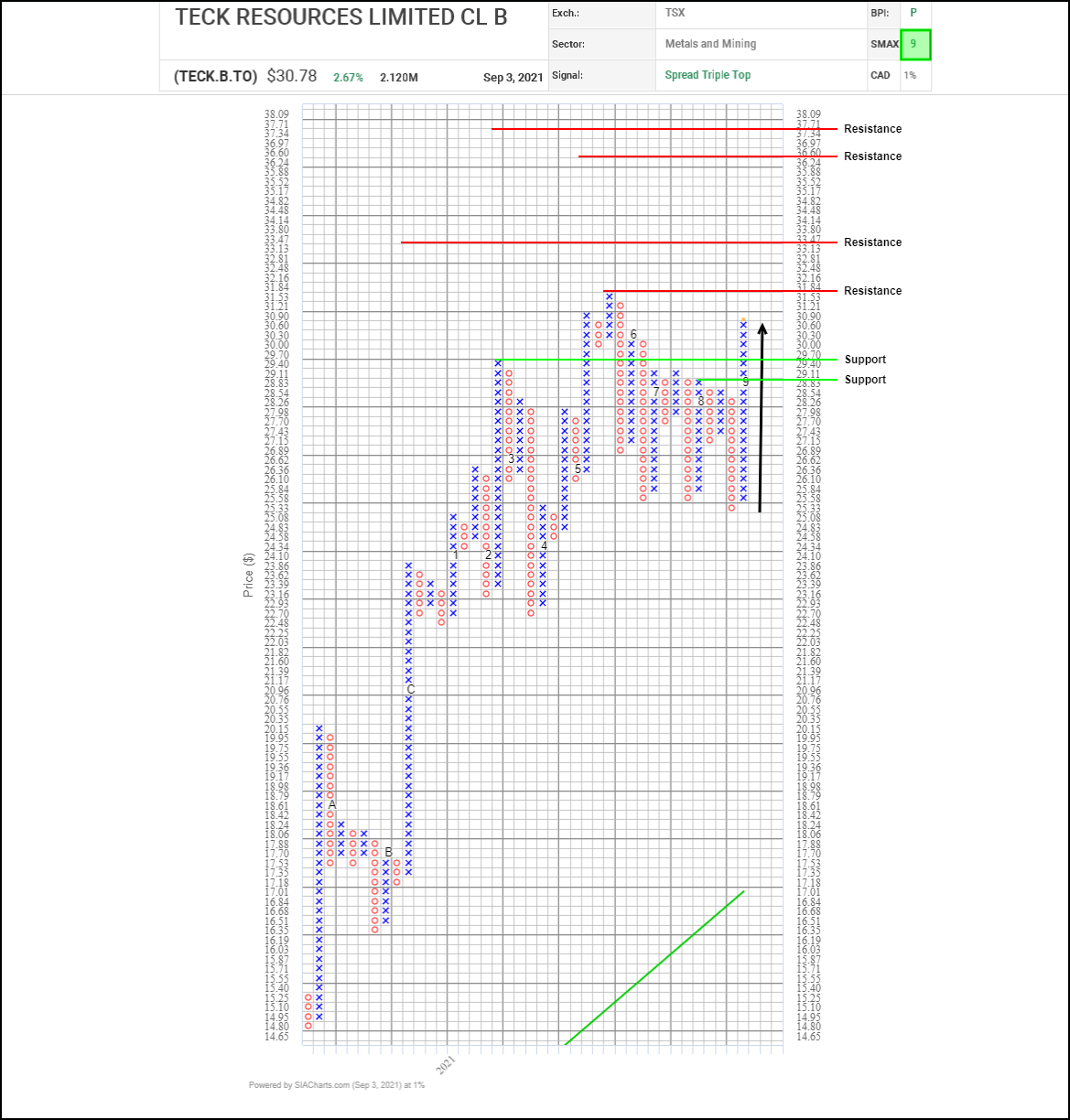