Casino and hotel operator Caesars Entertainment (CZR) has been climbing back up the rankings in the SIA S&P 500 Index Report in recent weeks, returning to the Green Favored Zone from a summer drop into the red zone. Yesterday, the shares finished in 89th place, up 33 spots on the day and up 260 spots in the last month.

The technical picture for Caesars Entertainment (CZR) has started to improve in recent weeks. A summer slide was contained by a successful retest of round number and channel support near $80.00 last month. Since then, the shares have been on the rebound, breaking out of a bullish Falling Wedge pattern, regaining their 50-day moving average and then regaining the $100.00 level.

Next potential resistance appears near $114.00 where a breakout to a new high would resolve the current consolidation stalemate to the upside and confirm the start of a new advance. Measured moves suggest next potential resistance after that on trend appears near $128.00 then $147.00. Initial support appears at the $100.00 round number, followed by the 50-day average near $94.10. 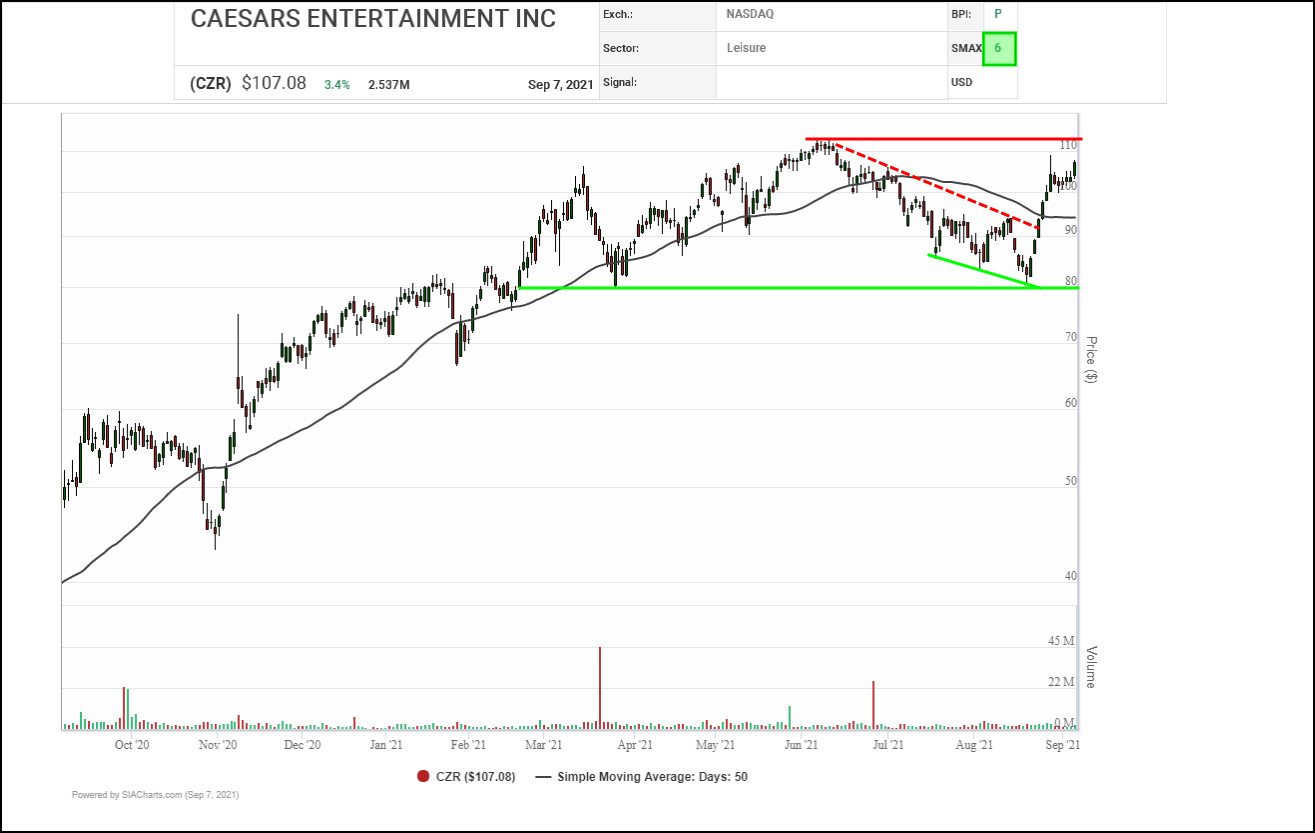 After a 10-month uptrend peaked in June, Caesars Entertainment (CZR) shares spent the summer under distribution. A successful retest of $81.50 support brought that correction phase to an end. In recent weeks, accumulation has resumed with a bullish Triple Top breakout signaling the start of a new upswing which has been confirmed by the shares regaining $100.00.

With a bullish SMAX score of 6, CZR is exhibiting strength against the asset classes. 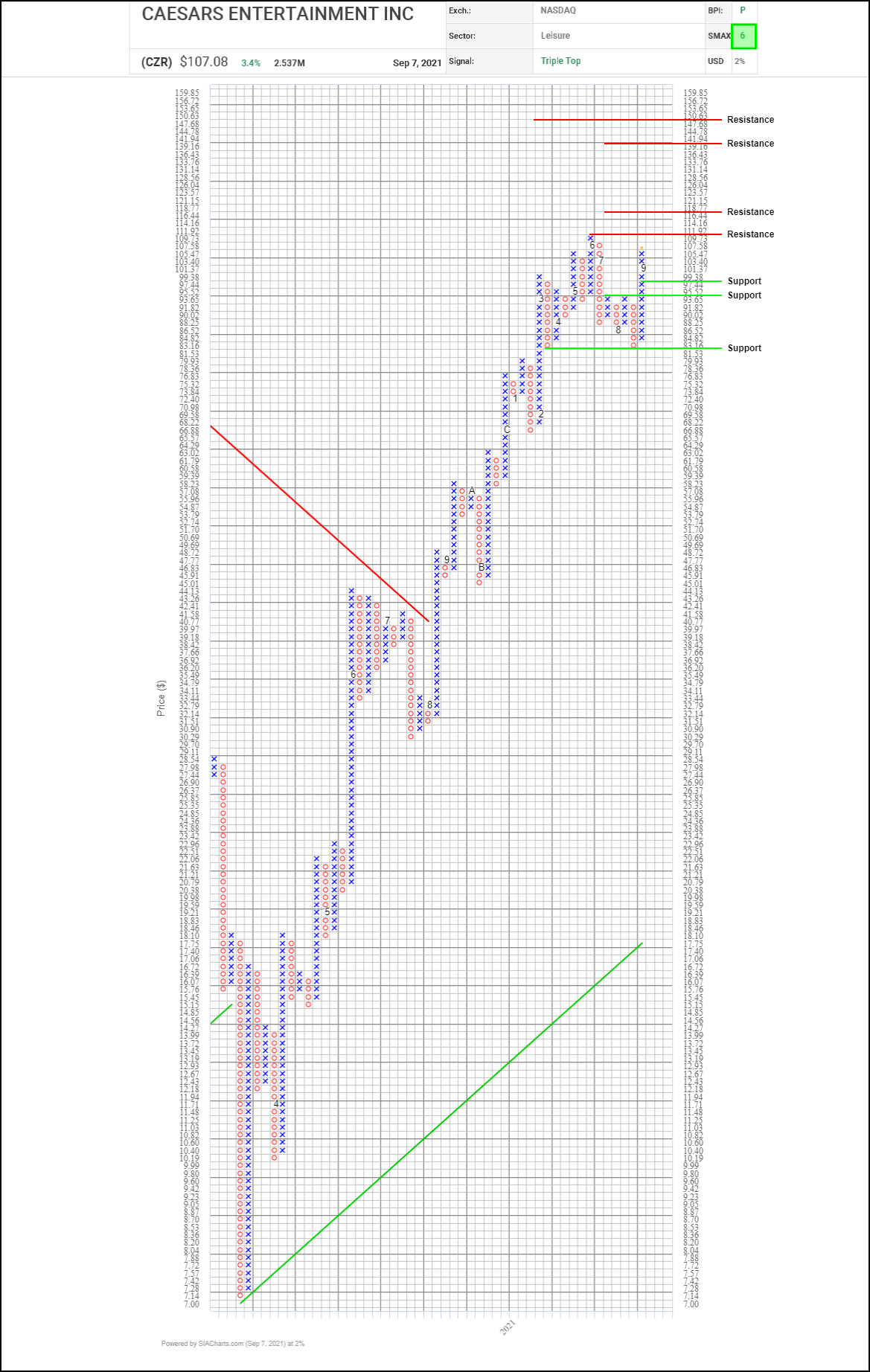