Several Canadian oil and gas producers attracted significant new interest from investors yesterday. Enerplus (ERF.TO), for example, returned to the Green Favored Zone of the SIA S&P/TSX Composite Index Report for the first time since July. The shares finished in 37th place up 34 spots on the day and up 68 levels in the last month.

Enerplus (ERF.TO) continues to turn the corner, closing at its highest level since July with a 6.6% one-day rally on increased volume (lower circle) indicating renewed investor interest. The shares have already snapped a downtrend line which signaled the start of their turnaround.

A breakout over $8.00 would complete a bullish Reverse Head and Shoulders base (upper circle) and confirm the start of a new upswing. Next potential resistance after that appears in the $9.00-$9.25 area near the shares’ previous peak, then $10.00 where a measured move and a round number converge. Initial shoulder support appears near $7.50.

Since a summer selloff was contained by support in the $6.00-$6.25 area last month, Enerplus (ERF.TO) shares have been on the rebound. This recovery accelerated with the shares completing a pair of bullish Double Top and Spread Double Top breakouts, to confirm the start of a new upswing.

With a perfect SMAX score of 10, ERF.TO is exhibiting strength across the asset classes. 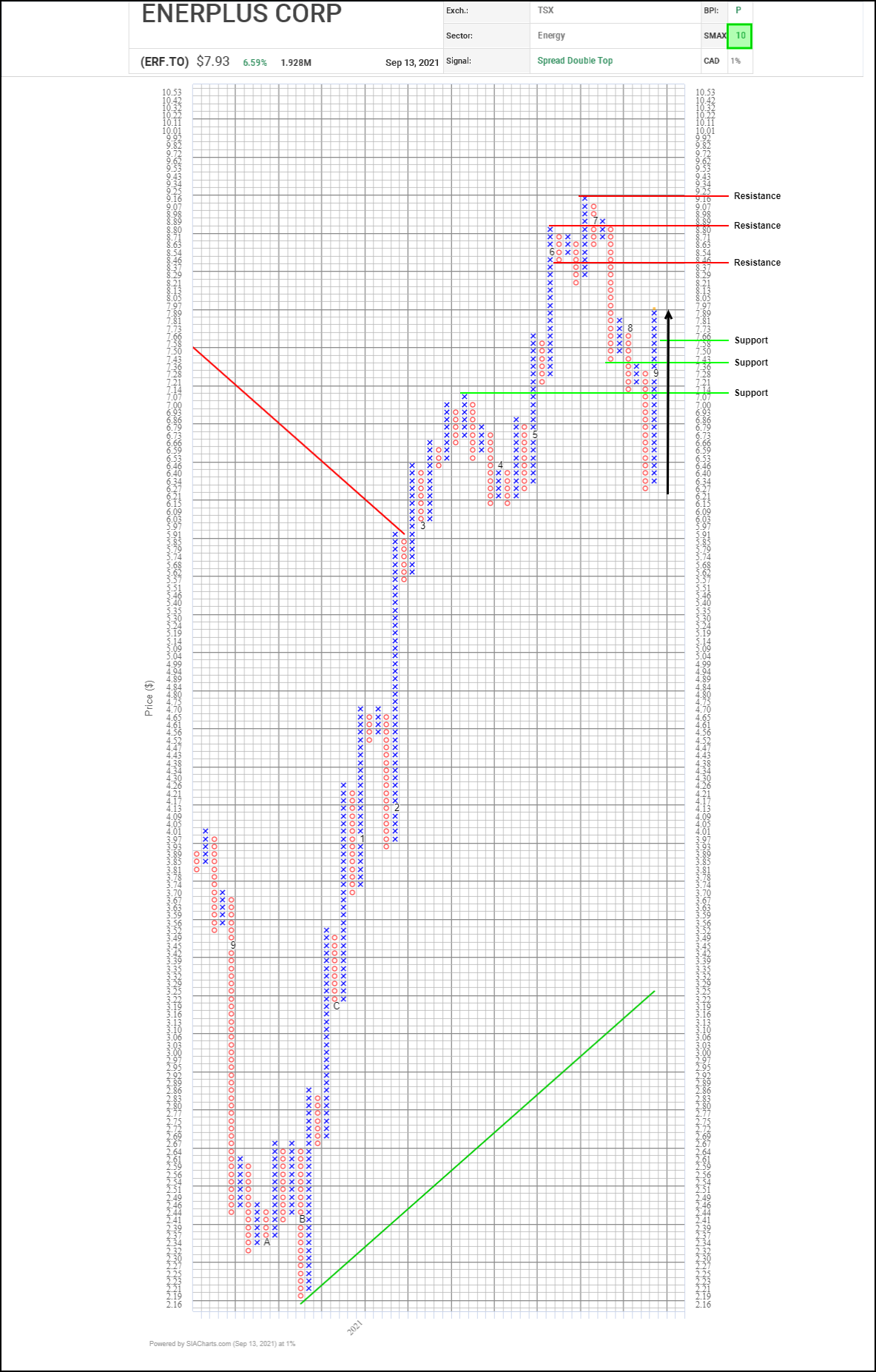