Semiconductor equipment producer KLA Corp (KLAC) has just returned to the Green Favored Zone of the SIA S&P 500 Index Report for the first time since May, bouncing back in recent weeks from a summer trip down into the red zone. Yesterday the shares finished in 118th place, up 10 spots on the day and up 31 spots in the last month.

After staging a strong advance between September of 2020 and March of this year, KLA Corp. (KLAC) shares spent the last six months stuck in consolidation mode, trading in a sideways range between $275 and $355. In the last few days, the shares have been climbing on increasing volume, a sign of renewed accumulation. Yesterday, they broke out to a new all-time high, resolving a sideways consolidation channel to the upside and also completing a bullish Ascending Triangle pattern, signaling the start of a new rally phase.

Initial upside resistance appears near the $400 round number, with measured moves suggesting potential resistance tests of $425 and $435 on trend. Initial support appears near $350 then $335. 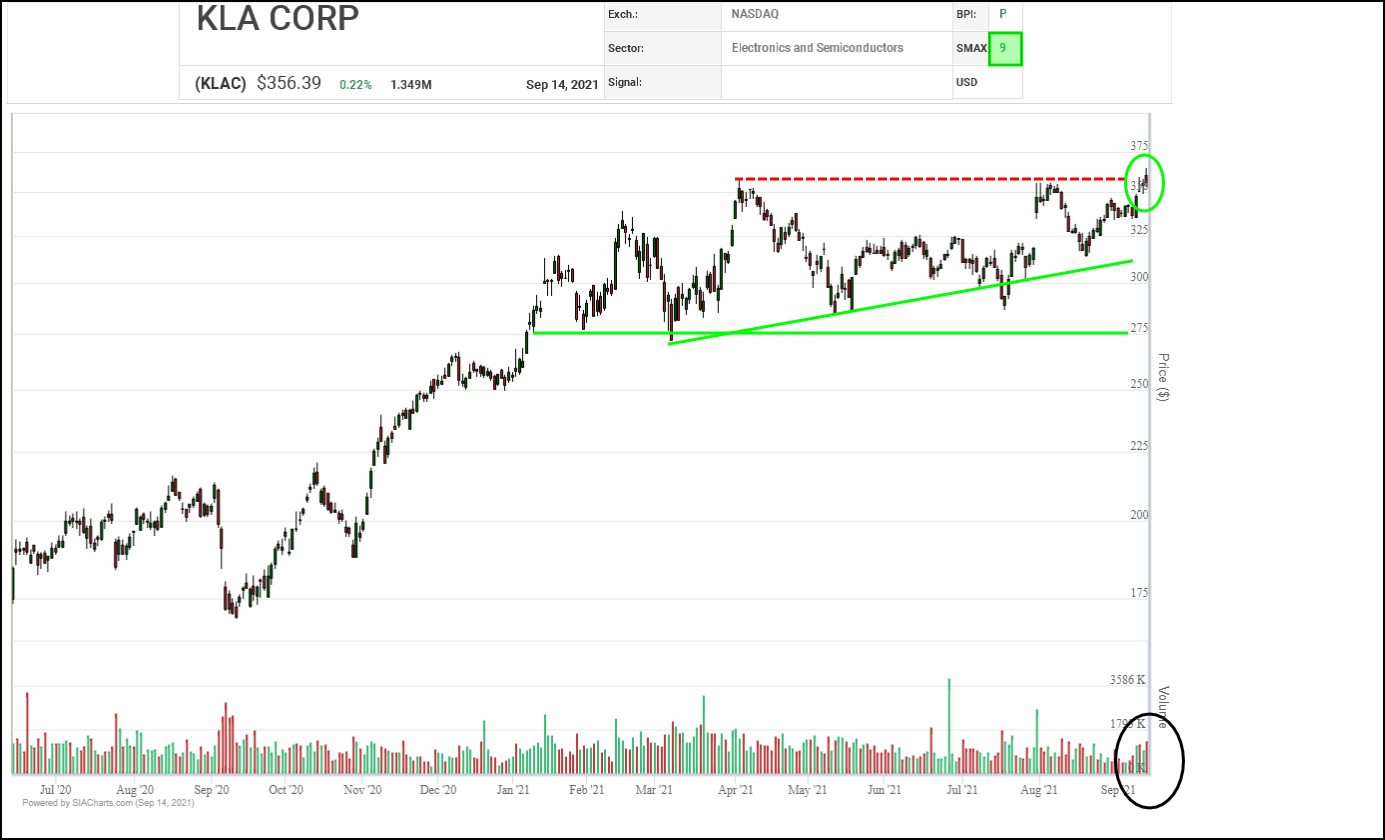 A major breakout is underway in KLA Corp. (KLAC) shares. Although the shares have been trending sideways since April, each pullback this year bottomed out at a higher low, indicating that underlying accumulation remained intact. Back in July, the shares completed a bullish Spread Triple Top pattern which signaled the start of a new upswing. The shares have now broken through their April peak to a new all-time high, confirming the start of a new advance.

With its bullish SMAX score increasing to 9, KLAC is exhibiting strength against the asset classes. 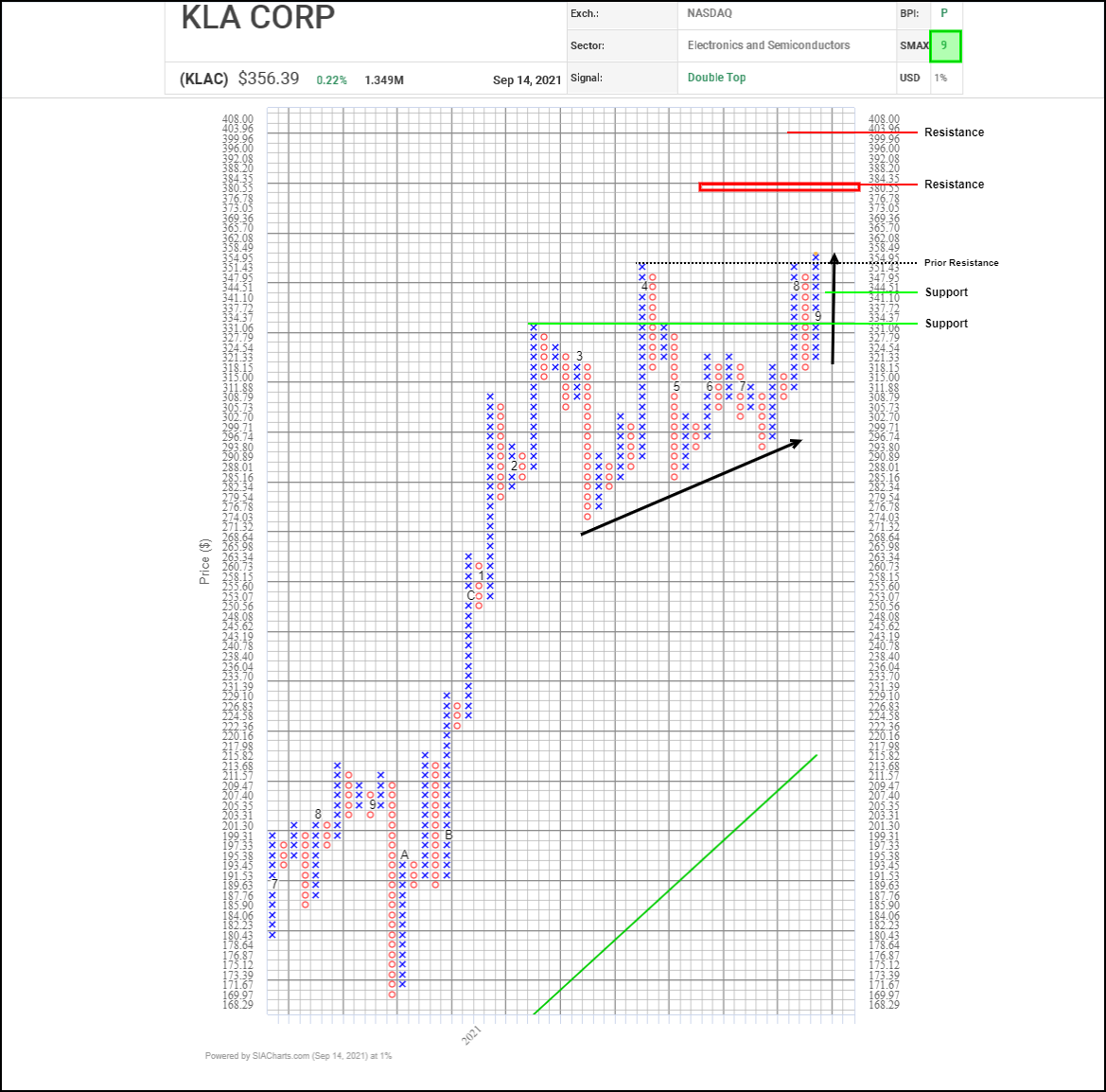