Scientific instrument producer Thermo Fisher (TMO) has returned to the Green Favored Zone of the SIA S&P 100 Index Report for the first time since November of 2020. The shares bottomed out in the red zone back in June and have been regaining relative strength through the summer. Yesterday, they finished in 21st place, up 7 spots on the day and up 21 places in the last month.

Thermo Fisher (TMO) shares came under renewed accumulation back in June, never looking back from another successful retest of channel support near $430. Last month, the shares broke through the top of their channel near $530, ending a consolidation phase and signaling the start of a new rally phase. Since then, the shares have continued to climb. On Friday, they gapped up to a new all-time high on a spike in volume, indicating increased investor interest.

Based on measured moves from the channel, initial upside resistance appears in the $630-$640 area followed by the $700 round number. Initial support appears near $575 then $560, the boundaries of Friday’s breakaway gap. 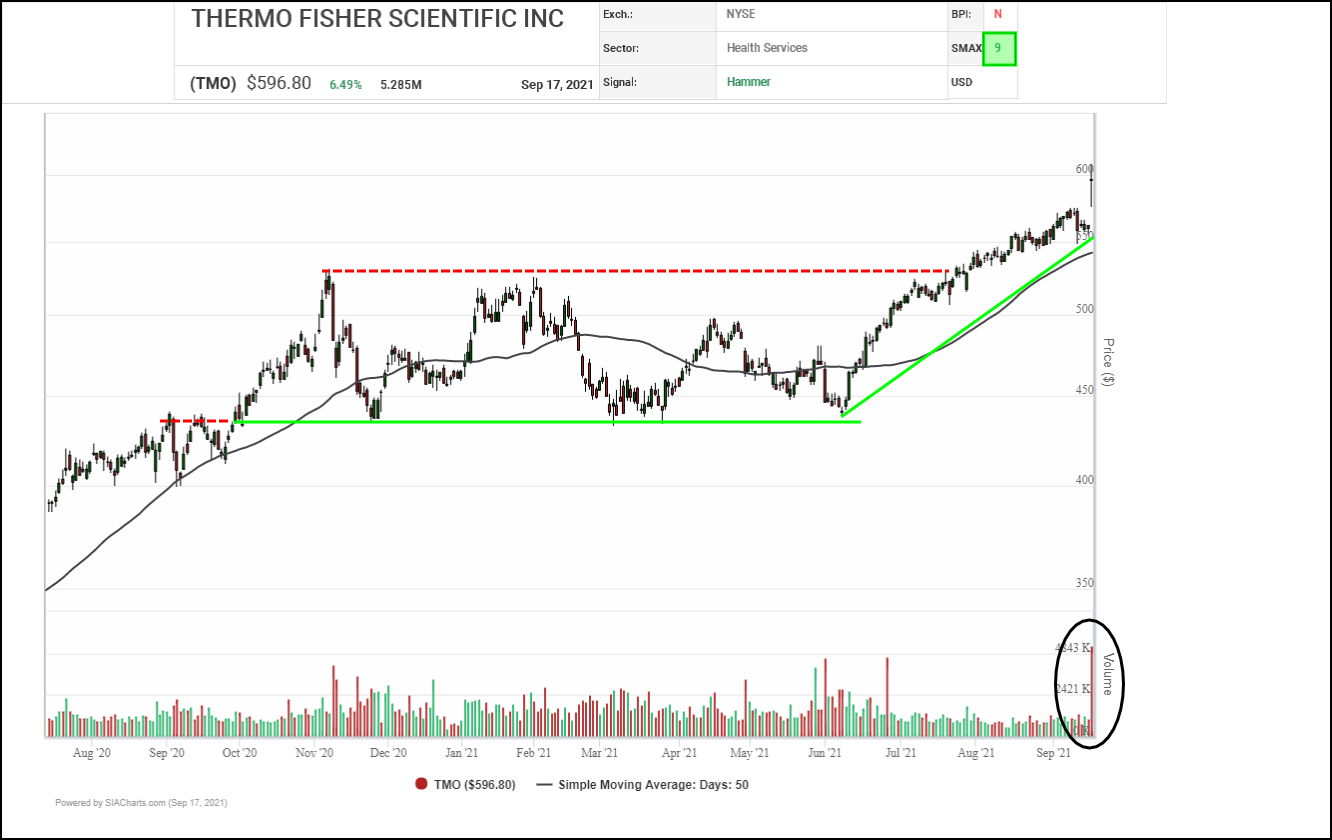 Although its recovery trend stalled out for eight months between November and June, Thermo Fisher (TMO) consistently found support above $435.00. Over the summer, the shares came under renewed accumulation. In August, they broke out to a new high and completed a bullish Spread Double Top pattern to signal the start of a new upleg. A High Pole continues to grow to this day with the shares finished at another new high on Friday.

Initial upside resistance appears near $673.50 where vertical and horizontal counts converge. Initial support appears near $541.70 based on a 3-box reversal.

With a bullish SMAX score of 10, TMO is exhibiting strength against the asset classes.