Online arts and crafts retailer Etsy (ETSY) has returned to the Green Favored Zone of the SIA S&P 500 Index Report for the first time since March, continuing a relative strength recovery that started when the shares bottomed out deep in the red zone back in June. Yesterday the shares finished in 121st place up 27 spots on the day and up 141 places in the last month.

Since a correction bottomed out back in May, Etsy shares have been steadily recovering, establishing support at higher lows, snapping out of a downtrend and regaining $200.00. Earlier this month, the shares completed a bullish Ascending Triangle pattern breaking through $212.50 which has since reversed polarity to become initial support. Yesterday, the shares closed at their highest level since May and a breakout over $225.00 would confirm the start of a new upleg.

Initial upside resistance appears near $250.00 where a round number, previous peak and measured move cluster, followed on trend by the $275.00 round number and a measured $287.50 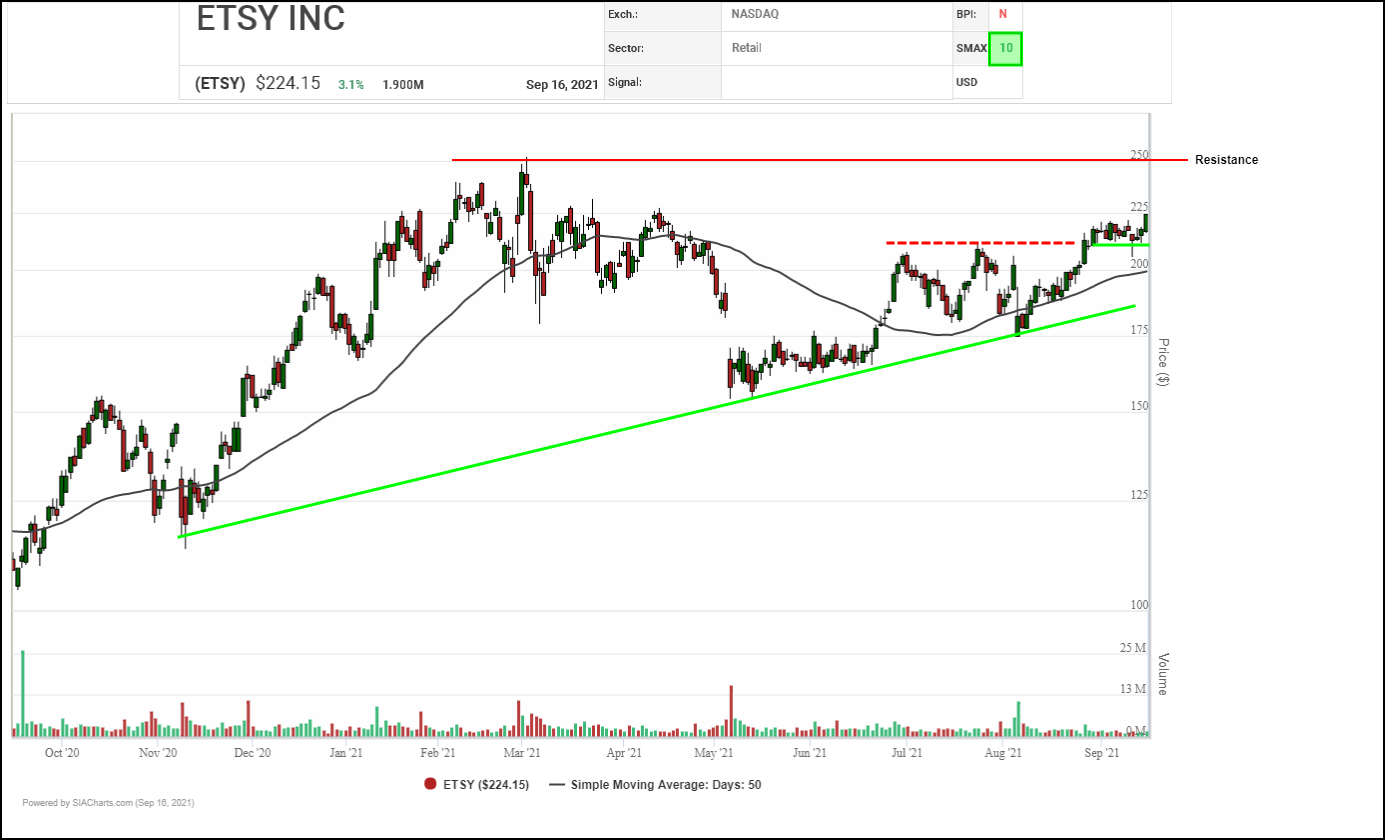 After a strong uptrend peaked back in March, Etsy (ETSY) shares staged a spring correction but then stabilized through the summer. More recently, the shares have started to come under accumulation again, setting a higher low, calling off a bearish double bottom pattern and then breaking out to the upside, completing bullish Double Top and Spread Double Top breakouts. A close above $227.55 would complete a bullish spread triple top pattern and confirm the start of a new upswing.

With a perfect SMAX score of 10, ETSY is exhibiting strength across the asset classes. 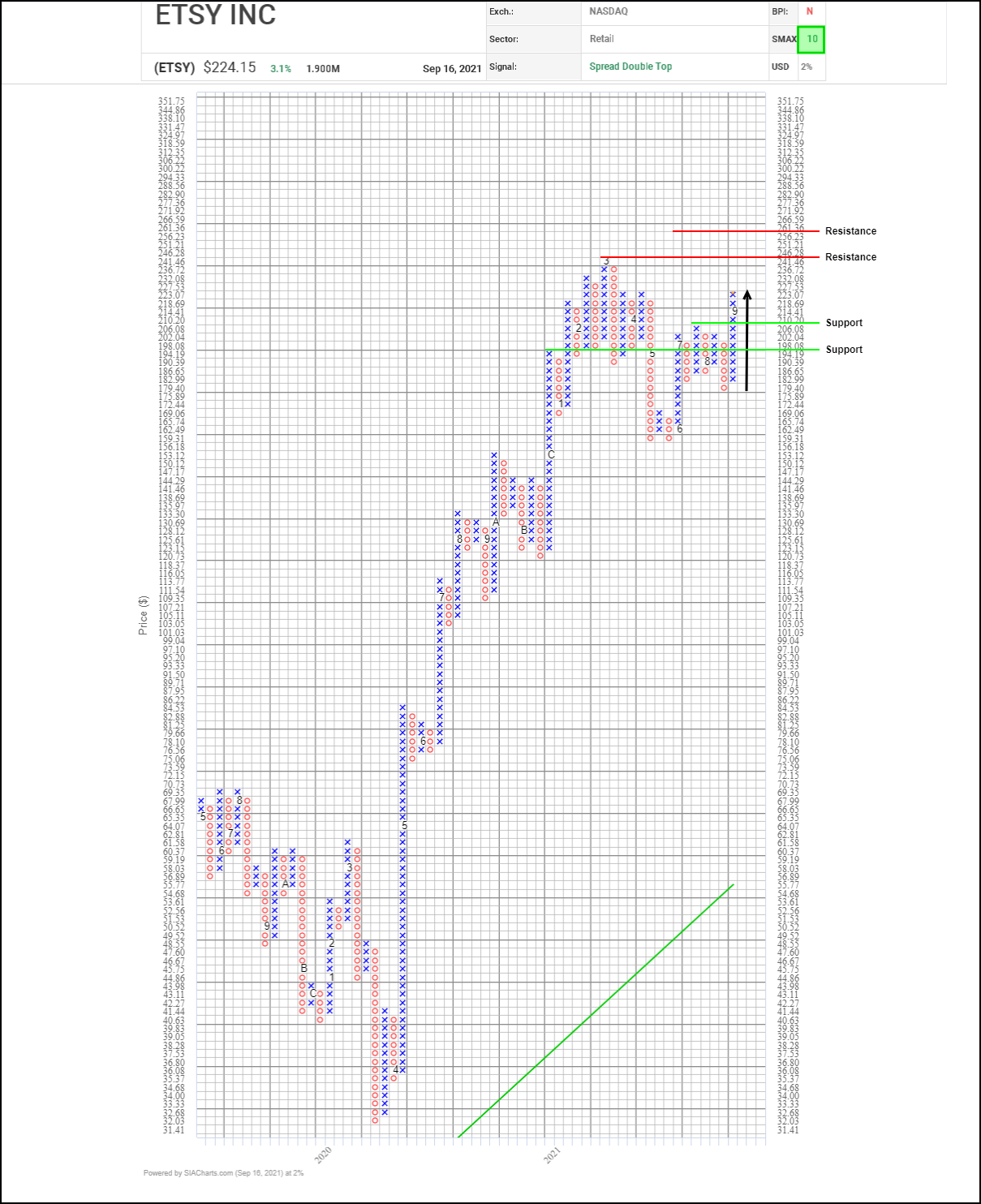