FedEx (FDX) shares are trading down 5.9% this morning after the company reported disappointing earnings, but its relative strength has been deteriorating since July. Since exiting the green zone, the shares have been steadily falling down the rankings in the SIA S&P 500 Index Report and have lost about 10.4% of their value. In the last month, the shares have dropped 12 spots to 62nd place and have slumped into the Red Unfavored Zone. Back in June, an upward trend in FedEx (FDX) shares came to an end when the shares completed a bearish Rising Wedge pattern, fell back under $300 and broke below its 50-day average. In the late spring, the shares struggled with $300 reversing polarity to become resistance, and then through the summer, the shares come under distribution, steadily declining in a falling channel of lower highs and lower lows. Recently, selling pressure has increased with the shares continuing their descent on increasing volumes. Initial downside support appears at the February low near $233, then the $200 round number. Initial resistance appears near the $275 round number. 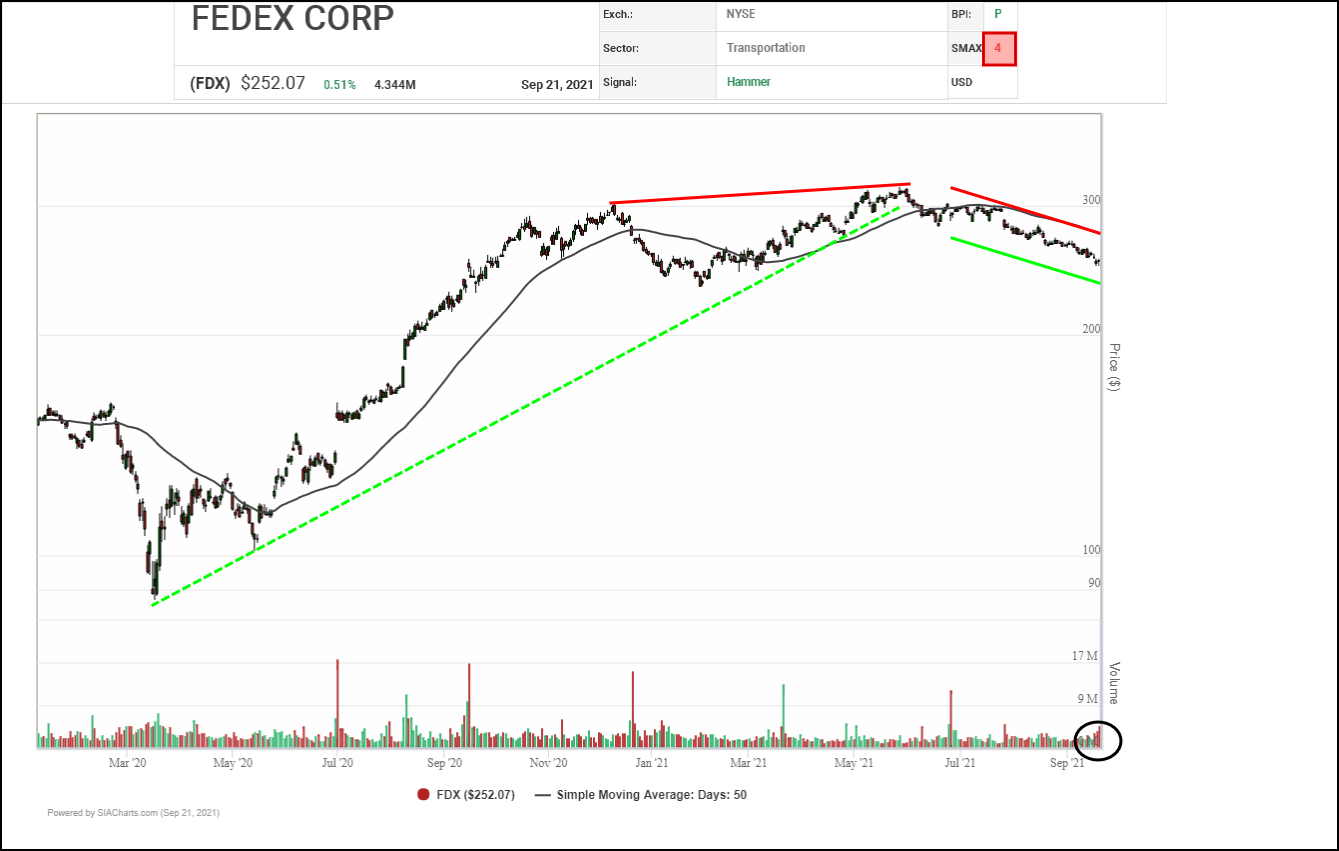 Since peaking back in June, FedEx (FDX) shares have been consistently sliding, giving back more than 50% of their previous X column to trigger a bearish High Pole Warnings.

Initial downside support appears at the February low near $231.10, where a successful retest would establish a sideways range. A breakdown there, however, would complete a bearish double bottom pattern and signal the start of a new downtrend with next potential downside support near $217.80 where a horizontal count converges with previous column highs and lows. Initial rebound resistance appears between the $275.00 round number and $276.20 based on a 3-box reversal.

With a bearish SMAX score of 4, FDX is exhibiting weakness against the asset classes. 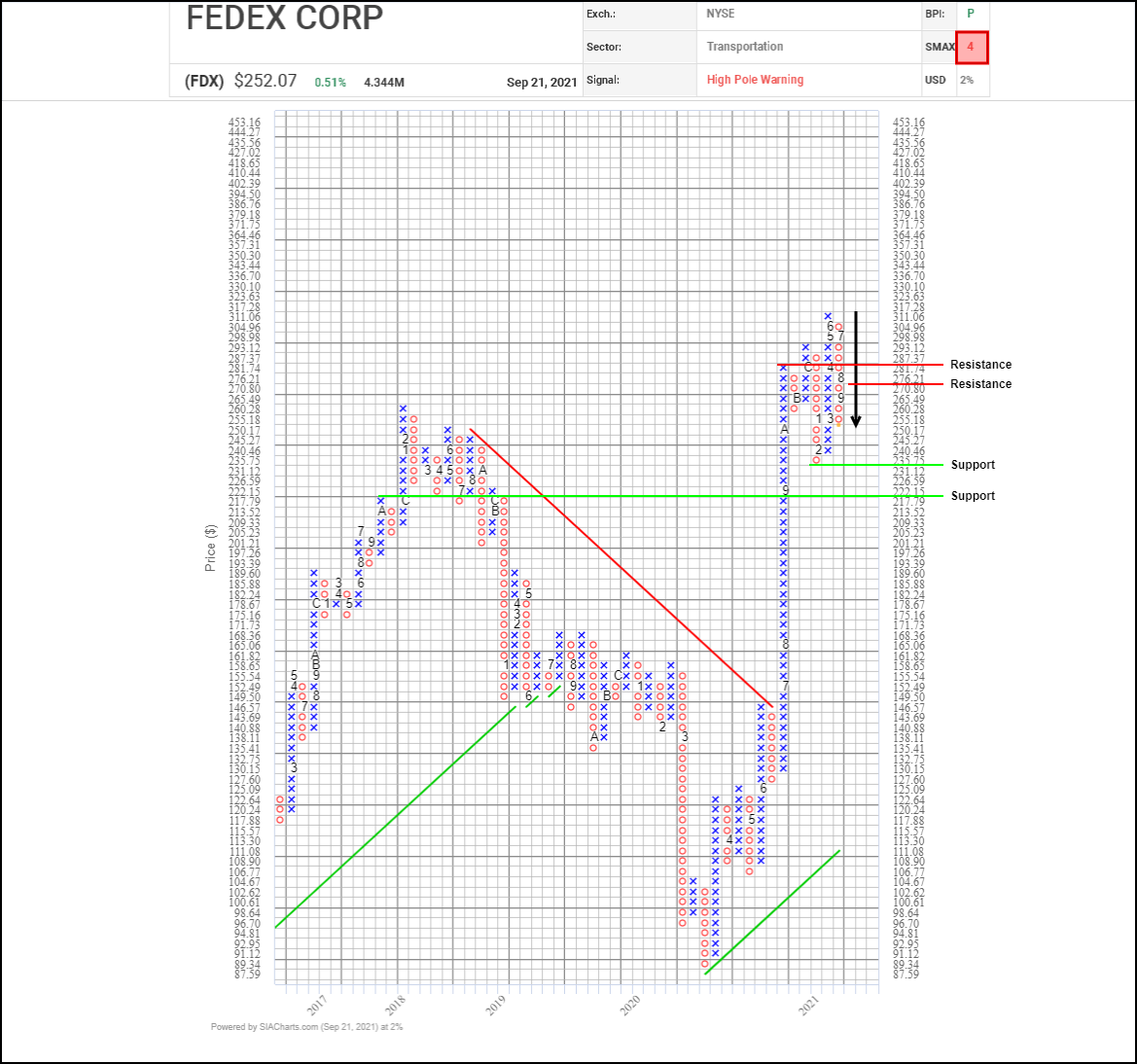