The recent increase in relative strength for the Energy sector relative to other industries was particularly clear yesterday when several Energy stocks were among the few gainers in yesterday’s market selloff. MEG Energy (MEG.TO), for example, with a gain of 1.25% yesterday and 19.8% in the last week, continued to move up within the Green Favored Zone of the SIA S&P/TSX Composite Index Report. Yesterday MEG.TO finished in 9th place up 3 spots on the day and up 100 places in the last month.

For the last year, MEG Energy (MEG.TO) shares have been steadily climbing in a step pattern of rallies followed by consolidation at higher levels. After climbing in the spring, the shares consolidated through the summer in a sideways range between $7.00 and $9.50. Back in August, the shares successfully retested support at the low end of this range. Since then, accumulation has resumed with the shares climbing on increasing volume. This week, the shares have closed above $9.50, completing a bullish Ascending Triangle pattern and signaling the start of a new rally phase. 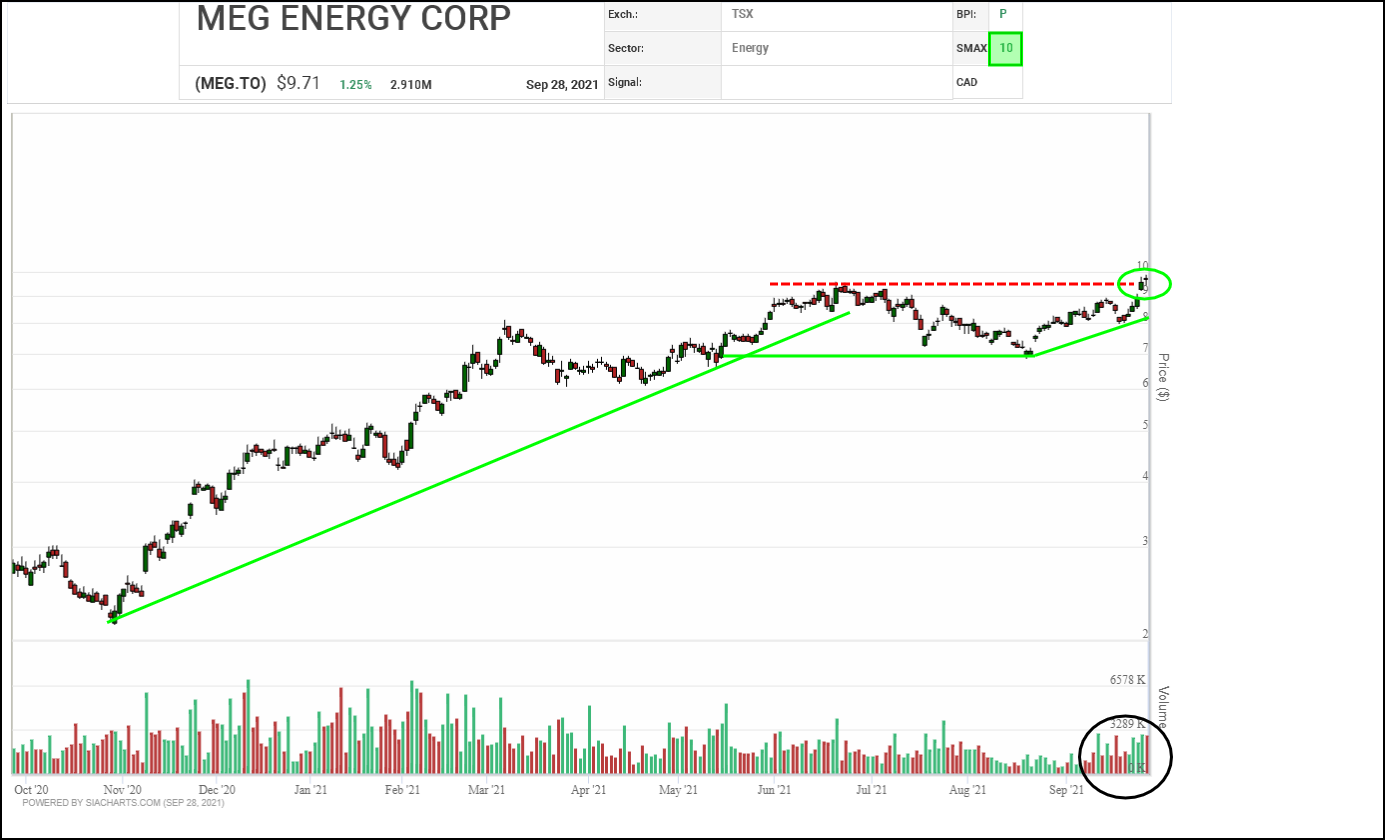 A summer correction in MEG Energy (MEG.TO) shares came to an end last month with the shares establishing support at a lower high near $7.05. Since then, the shares have resumed their primary uptrend completing two bullish Double Top patterns. This week, the shares have cleared their June peak near $9.50 and completed a bullish Spread Double Top breakout, confirming the start of a new advance.

Initial upside resistance appears near the $10.00 round number, followed on trend by $10.90 and $11.35 based on horizontal and vertical counts. Initial support appears near $8.95 based on a 3-box reversal.

With a perfect SMAX score of 10, MEG.TO is exhibiting strength across the asset classes.