Recent renewed interest in the Energy sectors appears to have expanded into alternative energy related stocks as well. Electric vehicle producer Tesla Motors (TSLA) returned to the Green Favored Zone of the SIA S&P 100 Index Report, continuing a summer relative strength recovery. Yesterday the shares finished in 23rd place, up 6 spots on the day and up 33 spots in the last month. Back in May, Tesla Motors (TSLA) shares successfully retested their March correction low near $550, establishing the lower boundary of the current trading range. Since then, the shares have been steadily recovering with a growing uptrend of higher lows indicating steady accumulation. Over the summer, the shares have snapped a downtrend line and completed two bullish Ascending Triangle breakouts over $700 and $775, confirming renewed investor interest.

Upside resistance tests appear near $850, the $1,000 round number and $1,050 based on measured moves from the triangles along with the January peak near the $900 round number. Initial support moves up to the recent $775 breakout point from $725. 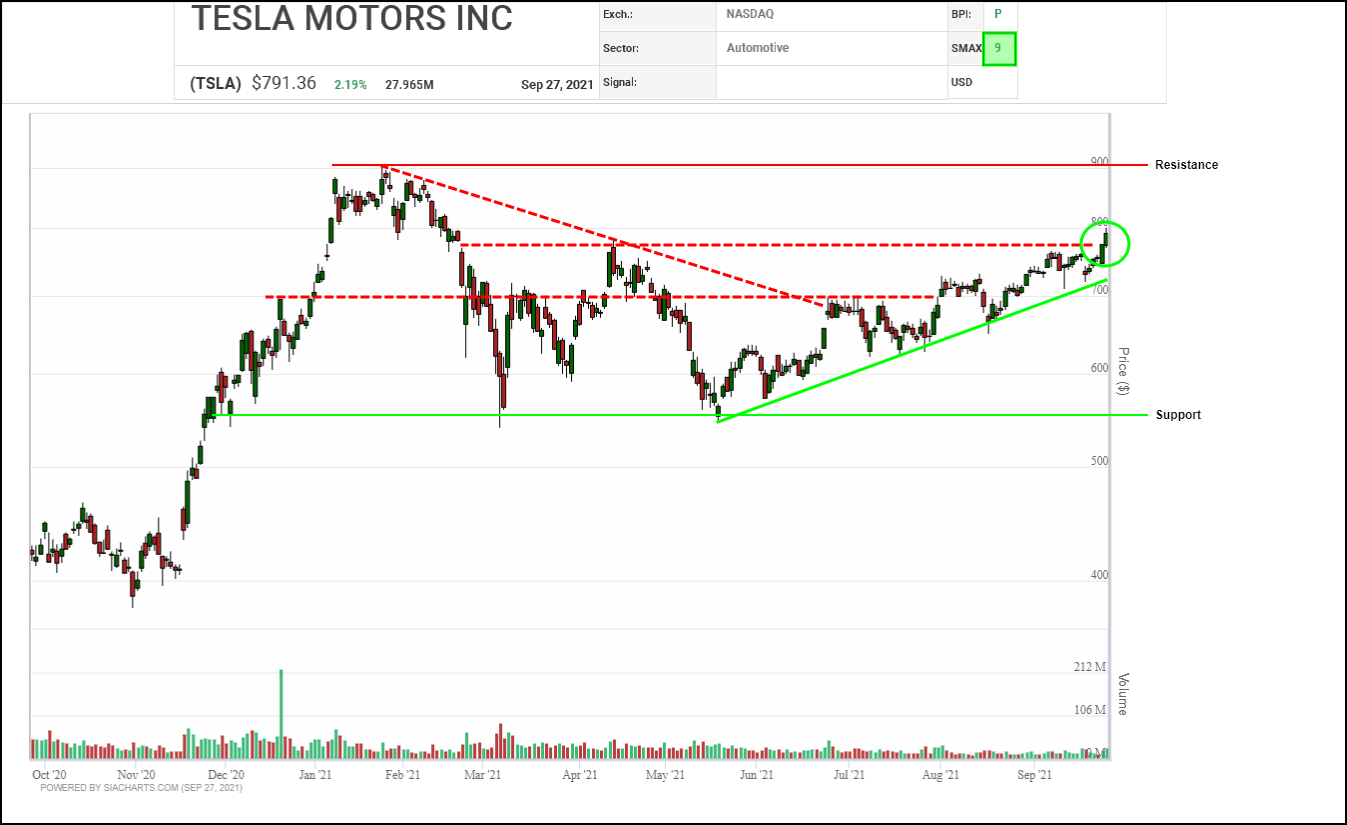 For the last six months, Tesla Motors (TSLA) shares have been in a sideways consolidation phase, trading within the boundaries of a February-March Low Pole correction. Over the summer, the shares have been recovering lost ground, but it is this month that accumulation has become more apparent with the shares completing a bullish Double Top breakout followed by the current Spread Double Top breakout which confirmed the start of a new upswing.

Initial upside resistance appears at the previous peak near $888.40 where a breakout would confirm the start of a new advance. Next resistance after that on trend appears near $942.75 and $980.85 based on horizontal counts then the $1,000.00 round number. Initial support appears near $728.75 based on a 3-box reversal.

With its bullish SMAX score increasing to 9, TSLA is exhibiting strength against the asset classes. 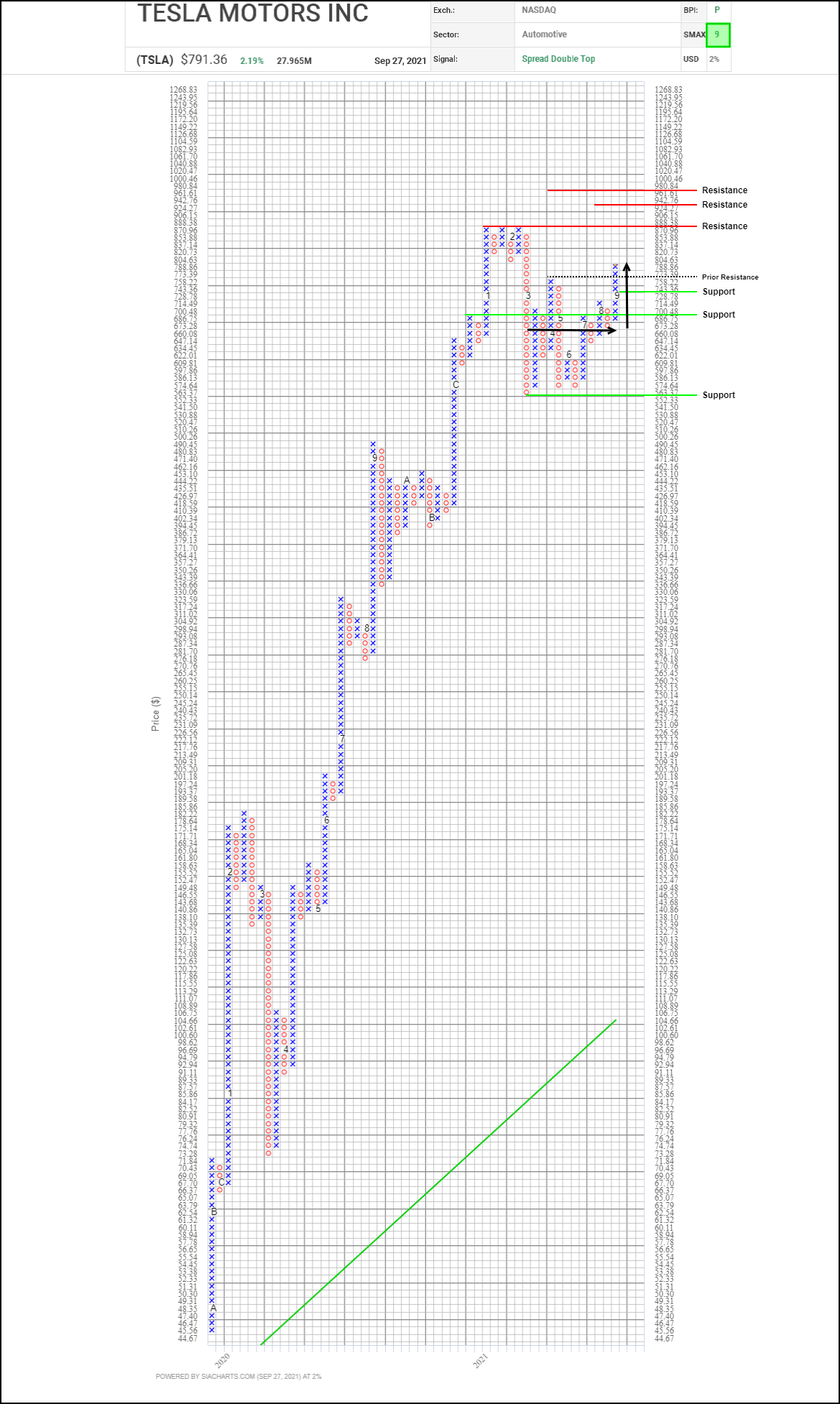