Oil producer Whitecap Resources (WCP.TO) continues to climb within the Green Favored Zone of the SIA S&P/TSX Composite Index Report. Yesterday it finished in 11th place, up 4 spots on the day and up 154 positions in the last month as energy stocks continue to attract support from rising oil and natural gas prices.

Since bottoming out with the overall market back in March of 2020, Whitecap Resources (WCP.TO) shares have been steadily bouncing back, advancing in a step pattern of rallies followed by periods of consolidation at high levels. The shares spent March through September in a consolidation phase but recently, a new rally phase has started.

In the last couple of weeks, the shares have accelerated upward on significantly higher volumes, a sign of renewed accumulation. A breakaway gap up through $6.50 to a new multi-year high signaled the start of a new rally phase that has been confirmed with the shares climbing up above $7.00.

Measured moves from the previous trading range suggest next potential upside resistance could appear in the $8.00 to $8.25 area. Initial support has moved up toward $6.75 from the $6.50 breakout point. 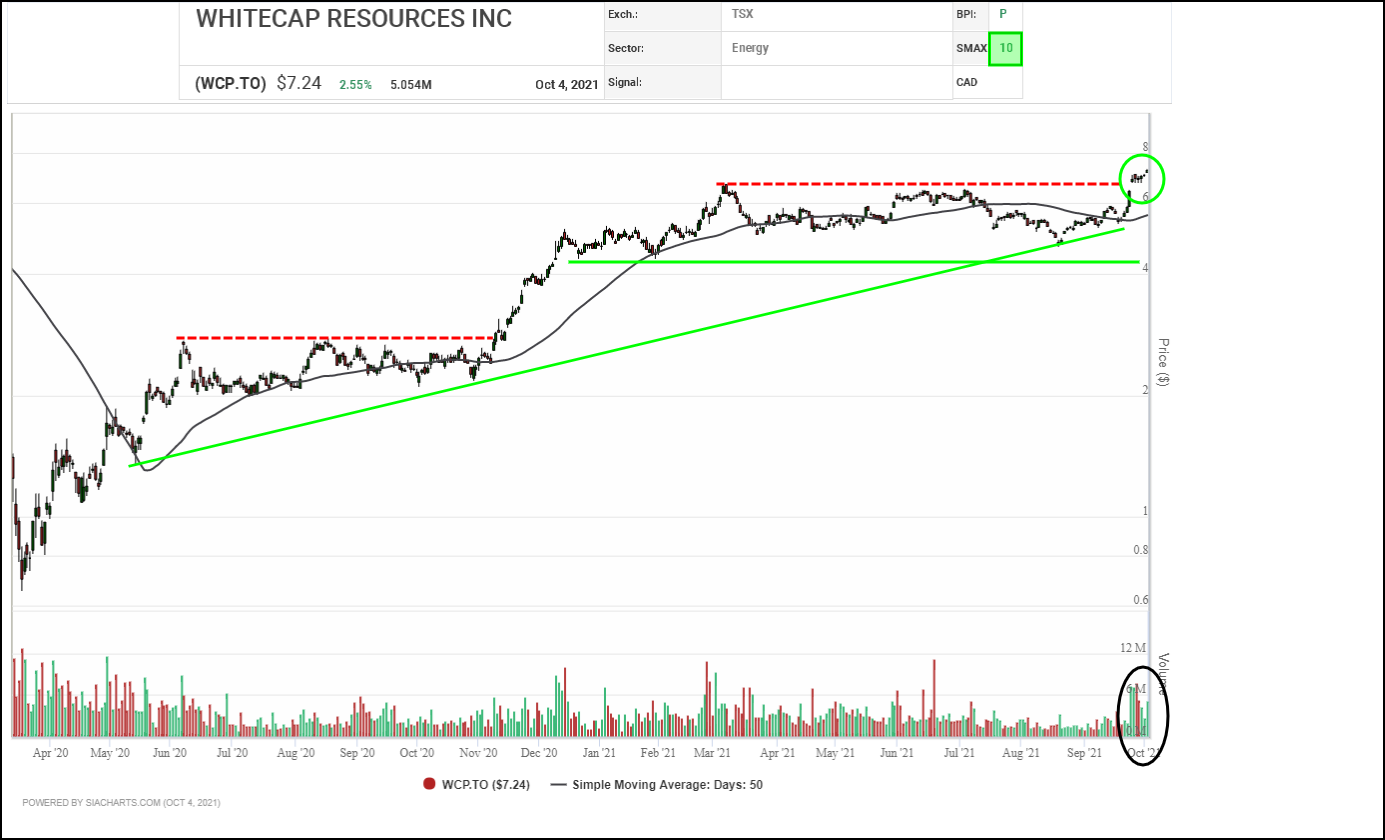 Whitecap Resources (WCP.TO) shares have staged a major breakout this week, blasting through $6.50 and then $7.00 to end a six-month sideways consolidation phase, completed a bullish Spread Triple Top breakout and signalling the start of a new advance.

Based on vertical and horizontal counts, next potential upside resistance tests on trend appear near $8.30 then $8.80. Initial support appears near $6.65 based on a common 3-box reversal.

With a perfect SMAX score of 10, WCP.TO is exhibiting strength across the asset classes. 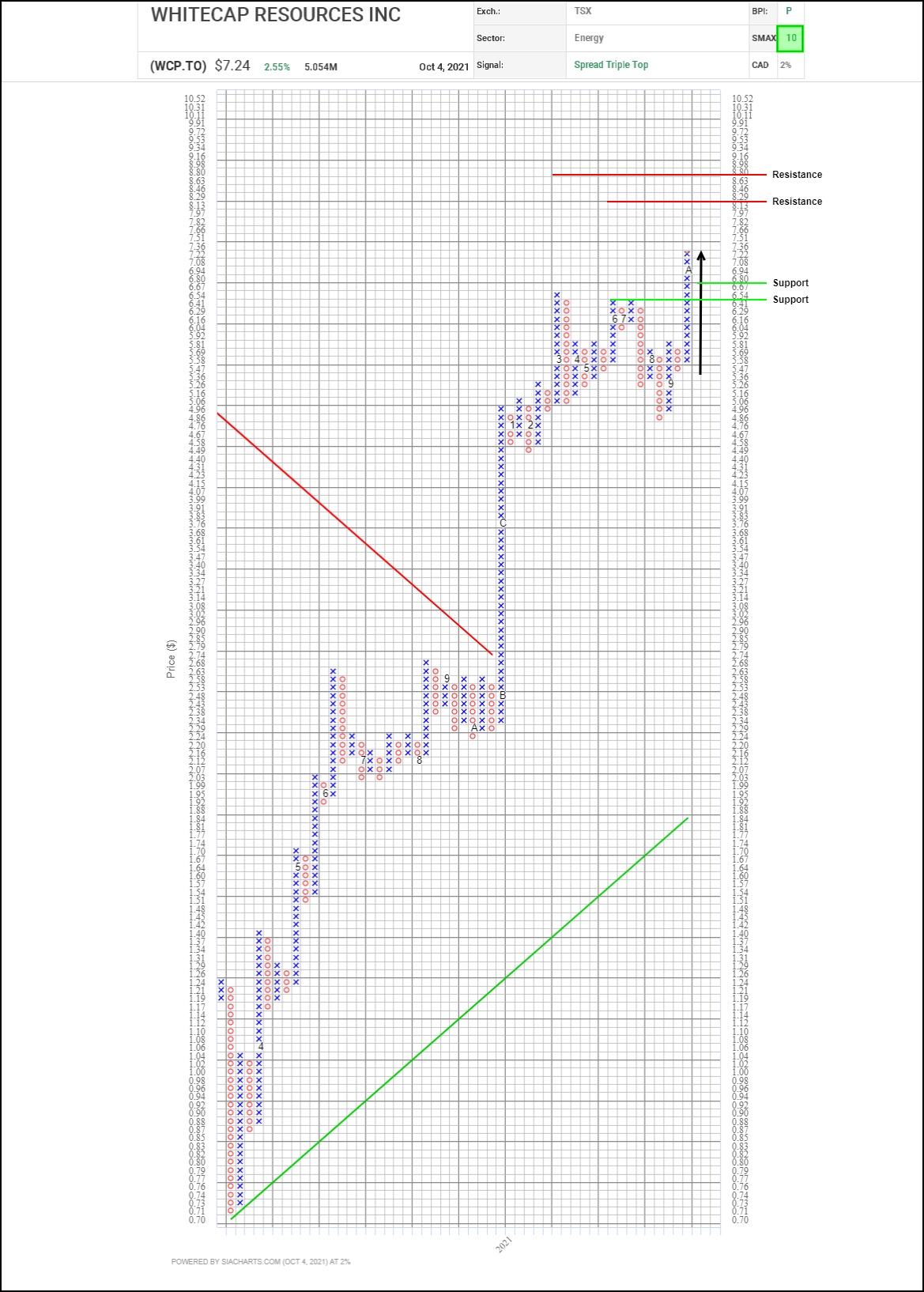