As earnings season approaches, banks and insurers have started to attract renewed interest. Bank of America (BAC), for example, has returned to the Green Favored Zone in the SIA S&P 500 Index Report from a summer dip into the yellow zone. Yesterday, BAC finished in 83rd place, up 16 spots on the day and up 81 positions in the last month.

A major breakout is underway in Bank of America shares. Since June, the shares have been trading between $36.50 and $43.50, consolidating gains made earlier in the year. Corrections were contained above the previous breakout point at the February 2020 peak, a sign of continuing underlying support. In the last couple of weeks, accumulation has resumed with the shares rallying up off a higher low. This week, the shares have broken out to a new all time high and have completed a bullish Ascending Triangle pattern, signaling the start of a new rally phase.

Initial upside resistance appears in the $50.00 to $50.50 zone where a round number, and multiple measured moves from completed ascending triangles converge, then $57.50 on trend. Initial support moves up to the $43.50 breakout point from $40.00. 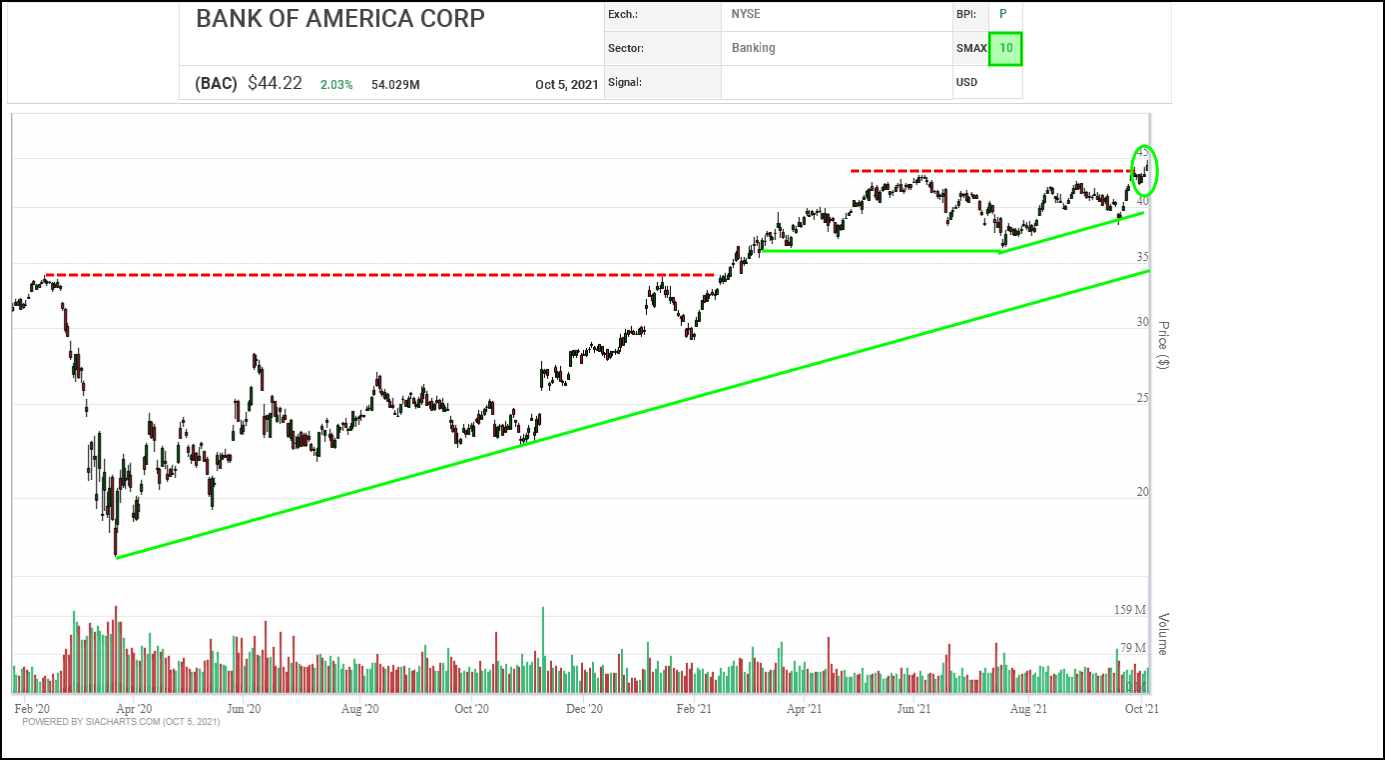 Earlier this year, Bank of America (BAC) rallied through the winter and spring, staging two strong high pole advances and soaring to new highs. Through the summer, the shares paused to digest their gains and formed a symmetrical triangle on higher lows and lower highs which indicated a period of consolidation. This month, the shares have come under renewed accumulation, breaking out of the triangle, clearing their June peak on the way to new all-time highs and completing bullish Double Top and Spread Double Top patters, all combining to signal the start of a new advance.

Based on horizontal counts, initial upside resistance appears near $49.70, just below the $50.00 round number, and $53.80. A vertical count suggests potential resistance near $61.80. Initial support appears near $40.75 based on a 3-box reversal.

With a perfect SMAX score of 10, BAC is exhibiting strength across the asset classes. 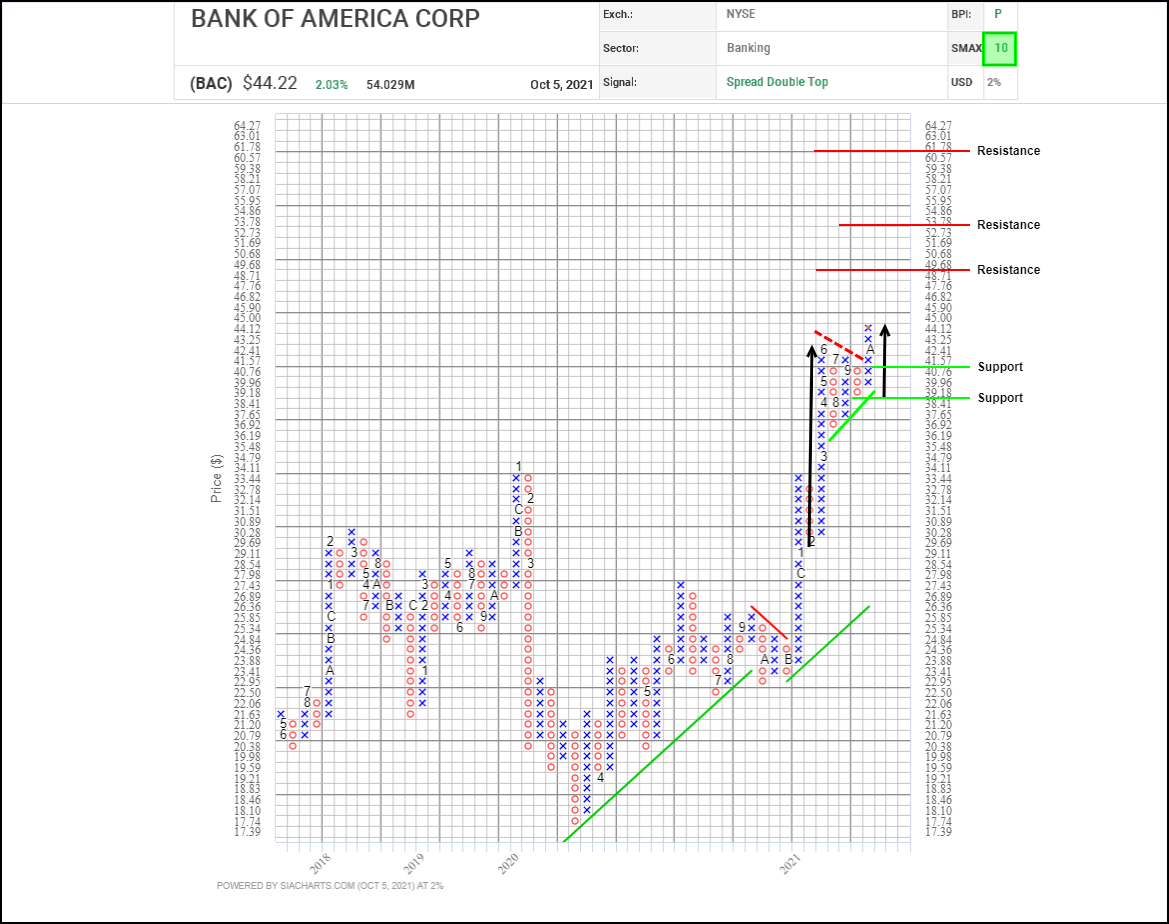