Since we last mentioned uranium producer Cameco Corp* (CCO.TO) in the September 3 issue of the Daily Stock Report, the shares have remained in the Green Favored Zone of the SIA S&P/TSX Index Report and have gained 17.3%. The shares have been climbing within the report recently, finishing in 4th place yesterday up 8 spots on the day.

Accumulation in Cameco Corp* (CCO.TO) resumed in a big way yesterday with the shares snapping a downtrend line and rallying on a spike in volume, a sign of renewed interest. Prior to this, a trading correction had been successfully contained above $25.00, were a round number, the 50-day moving average and a previous resistance level cluster. Upside resistance may initially appear at a retest of last month’s peak near $32.50 where a breakout would signal the start of a new uptrend and a failure would signal an extension of the current consolidation phase, which is still higher than the summer pause that preceded it.

On a breakout, next potential resistance tests on trend appear near $35.00, $40.00 and $42.50 based on measured moved from the current and previous trading ranges. Initial support appears near $27.50 where the shares broke out yesterday. 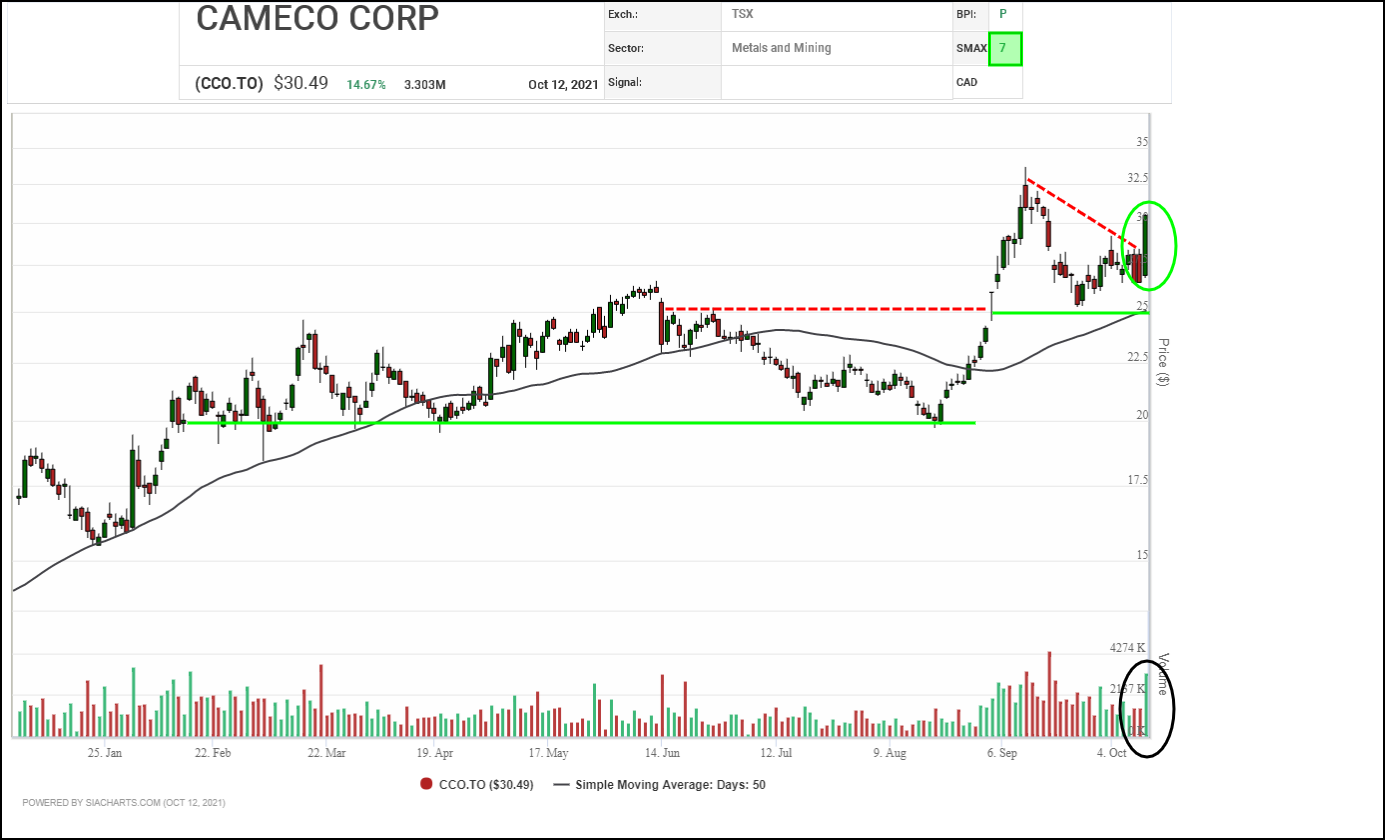 Last month, a summer consolidation in Cameco Corp* (CCO.TO) shares ended with a Spread Double Top breakout and the formation of a bullish High Pole. In recent weeks, a correction unfolded but the underlying uptrend remained intact with support moving up toward $25.00 from $20.00 and the pullback being contained without calling off the bullish pattern or triggering a bearish high pole warning.

This month, the shares have started to advance once again, and have regained $30.00. Initial upside resistance appears at the previous peak near $31.30. A breakout there to a new high would complete a bullish Double Top breakout and signal the start of a new upleg. Should that occur, next potential resistance on trend may appear in the $35.95 to $36.65 area based on a cluster of vertical and horizontal counts. Initial support appears near $27.75 based on a 3-box reversal.

With its bullish SMAX score increasing to 7, CCO.TO is exhibiting strength against the asset classes. 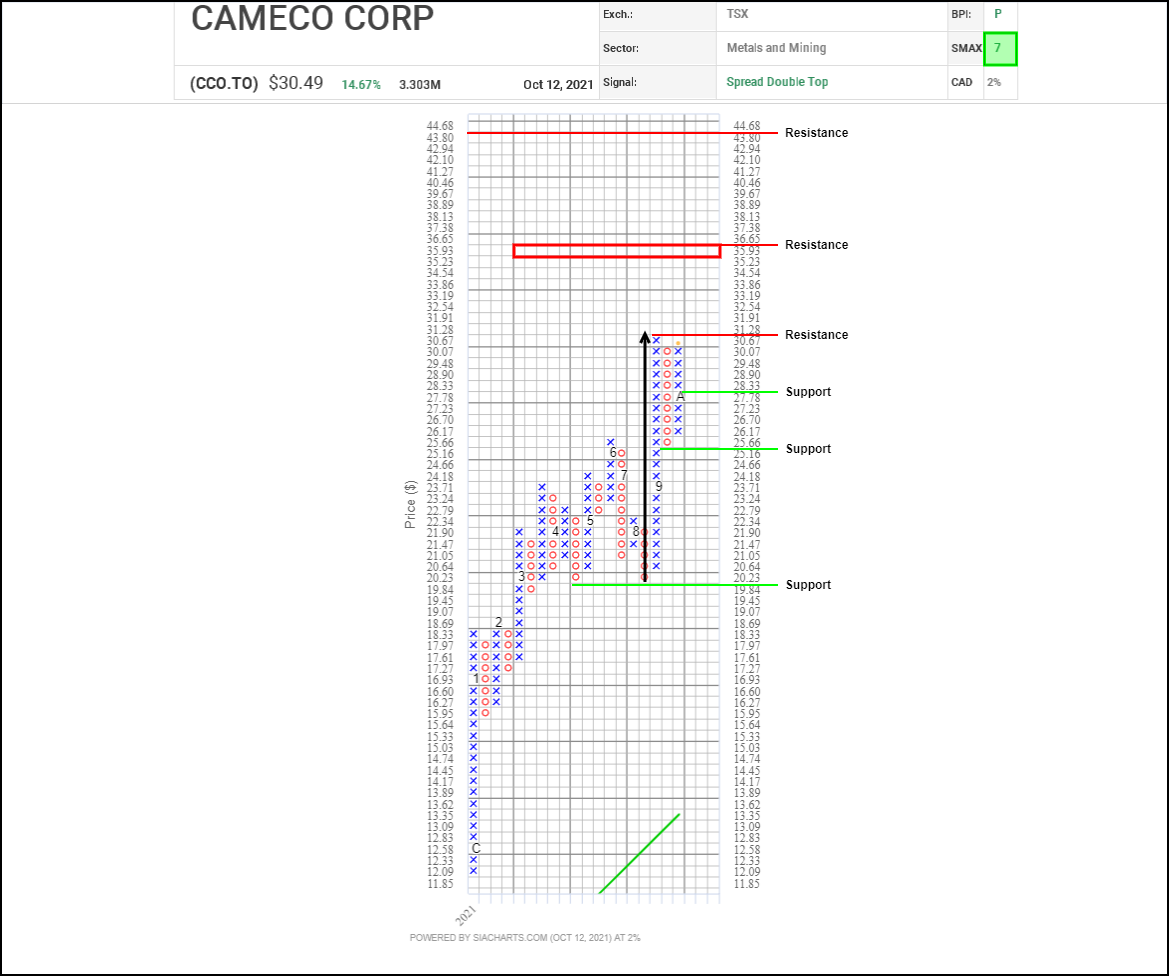