Fertilizer producer CF Industries (CF) recently returned to the Green Favored Zone of the SIA S&P 500 Index Report for the first time since June and continues to climb toward the top of the relative strength rankings. Yesterday it finished in 17th place up 6 spots on the day and up 341 positions in the last month.

Accumulation has increased significantly over the last month in CF Industries (CF) shares which have been climbing in higher volumes. Between a spring rally and a summer correction, the shares spent six months trading in a range between $43.00 and $56.50. In the last month, the shares have regained their 50-day average, regained $50.00, snapped out of a downtrend, and broken out of their sideways channel to a new high, all combining to indicate increasing investor interest and signaling the start of a new uptrend.

Initial upside resistance appears near $70.00 based on a measured move from the previous range, followed by the $75.00 round number and then $83.50 on trend. Initial support appears between the $55.00 and the $56.50 breakout point. 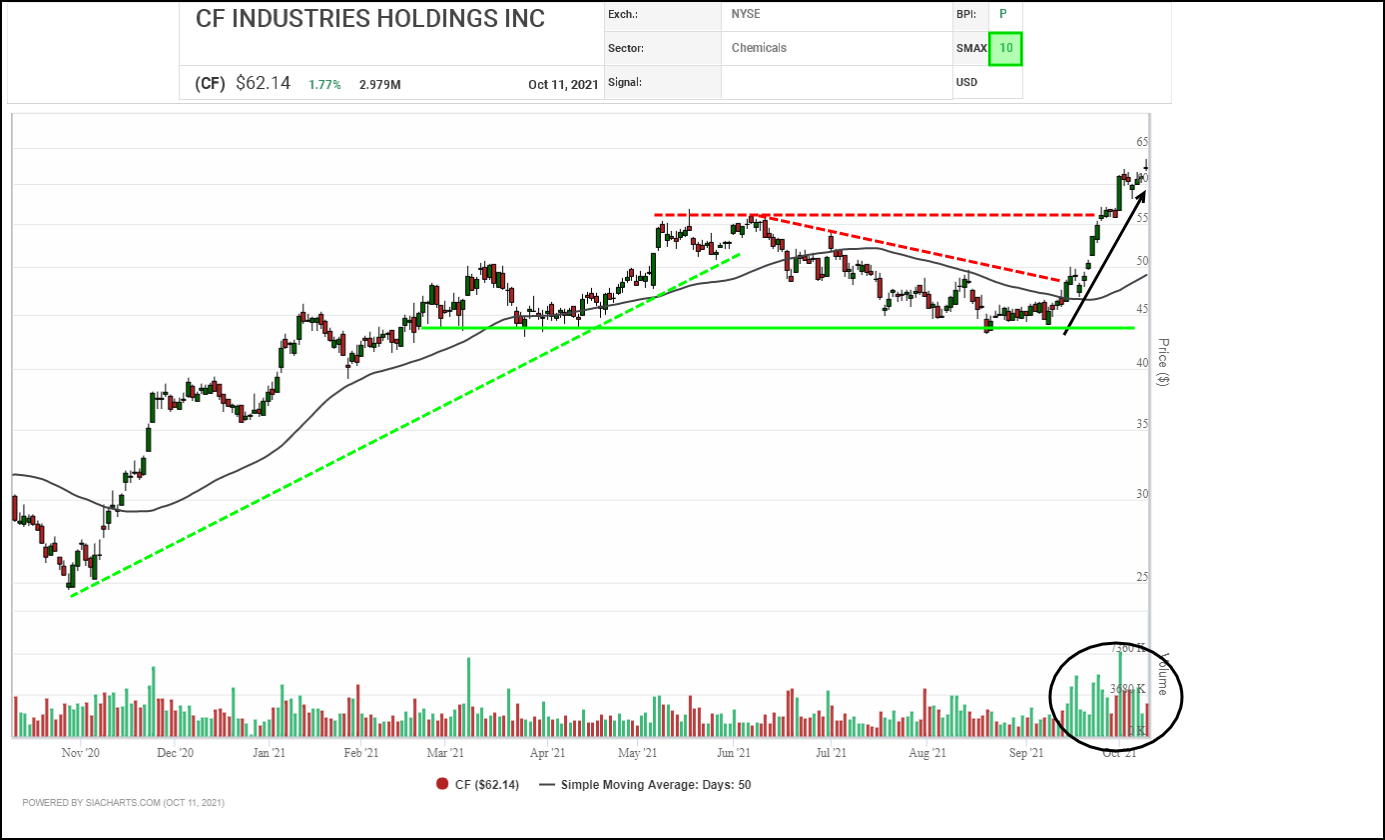 CF Industries continues to climb up a High Pole to new highs. Last week, the shares cleared $60.00, building on a series of bullish Double Top and Spread Double Top breakouts that ended a summer correction and signaled the start of a new upleg.

With a perfect SMAX score of 10, CF is exhibiting strength across the asset classes. 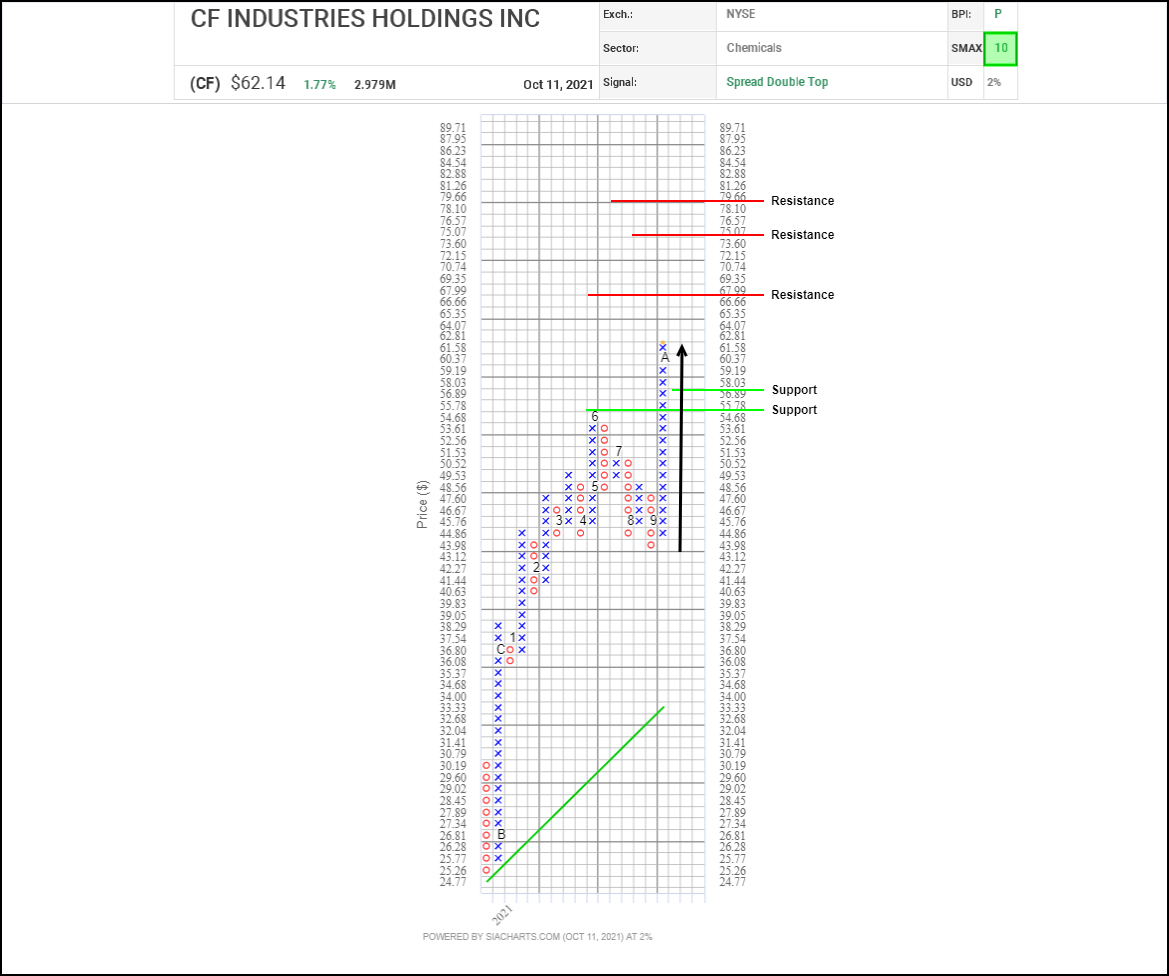