Enphase Energy (ENPH), a producer of batteries for use in solar power applications, has returned to the Green Favored Zone of the SIA S&P 500 Index Report for the first time since August, continuing a climb up out of the red zone which started a week ago. Yesterday the shares finished in 120th place up 81 spots on the day and up 209 positions in the last month.

Enphase Energy (ENPH) shares have come under renewed accumulation since the start of this month. Rallying up off of a higher low near $145.00, the shares regained their 50-day average and have continued to climb. Yesterday, the shares broke through $180.00 resistance and snapped a downtrend line, confirming that a new upswing is underway. 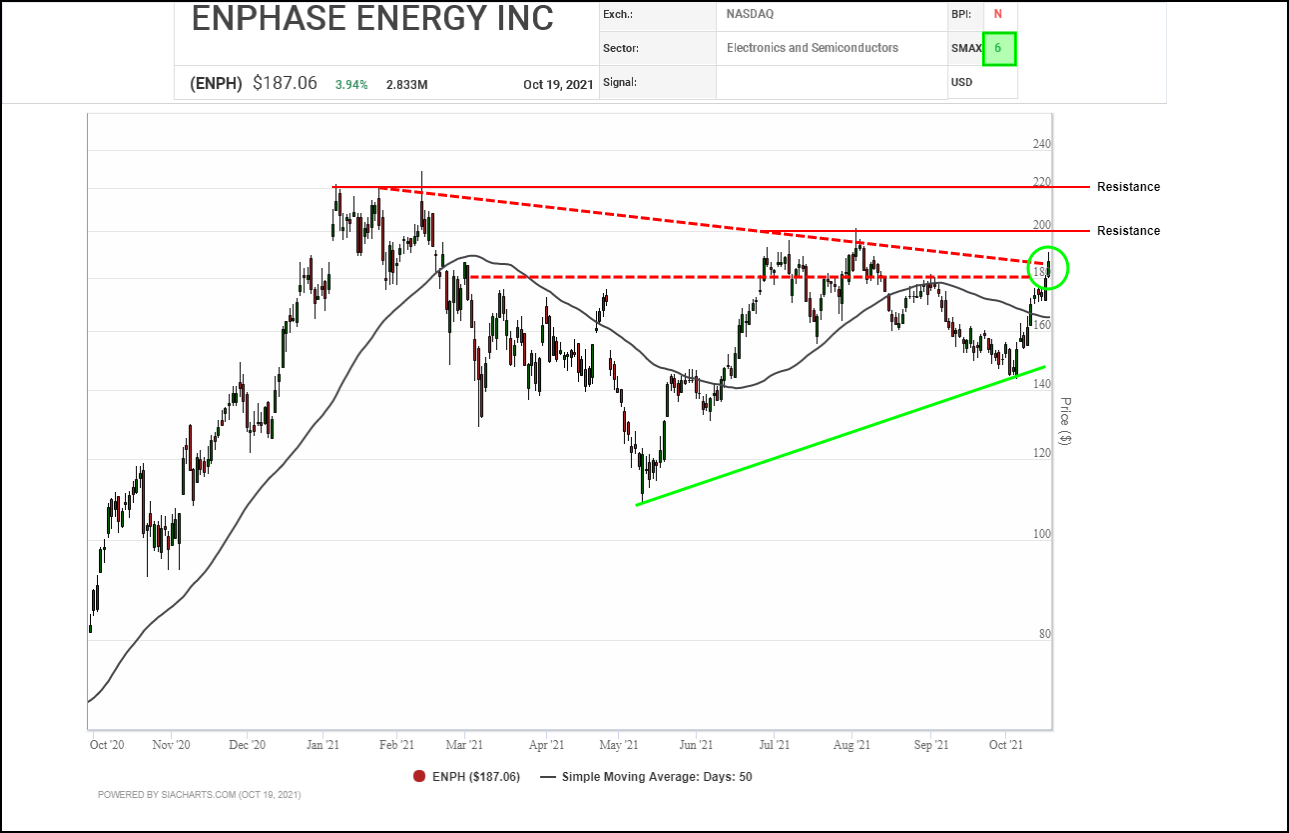 Earlier this month, a selloff in Enphase Energy (ENPH) shares was contained above $140.00, a long-term support/resistance level. Since then, the shares have been on the rebound. A recent breakout over $178.00 completed a bullish Double Top pattern, calling off a previous bearish triple bottom and confirming the start of a new upswing within a wider sideways range.

With a bullish SMAX score of 6, ENPH is exhibiting strength against the asset classes.