Since we last mentioned clothing retailer Aritzia* (ATZ.TO) in the August 25th issue of the Daily Stock Report, the shares have gained 24.1% and have remained near the top of the Green Favored Zone in the SIA S&P/TSX Composite Index Report. Yesterday, the shares moved up 5 positions to 2nd place.

Since bottoming out in March of 2020, Aritzia* (ATZ.TO) shares have been steadily advancing in a rising channel of higher highs and higher lows. Earlier this year, they broke out to a new high, completing a large, bullish, Ascending Triangle pattern, and have not looked back. Earlier this month, accumulation accelerated, with the shares staging a bullish breakaway gap on a spike in volume and have continued to climb, closing above the $50.00 round number at a new all-time high yesterday.

* Shares of Aritzia are held in some portfolios managed by SIA Wealth Management. 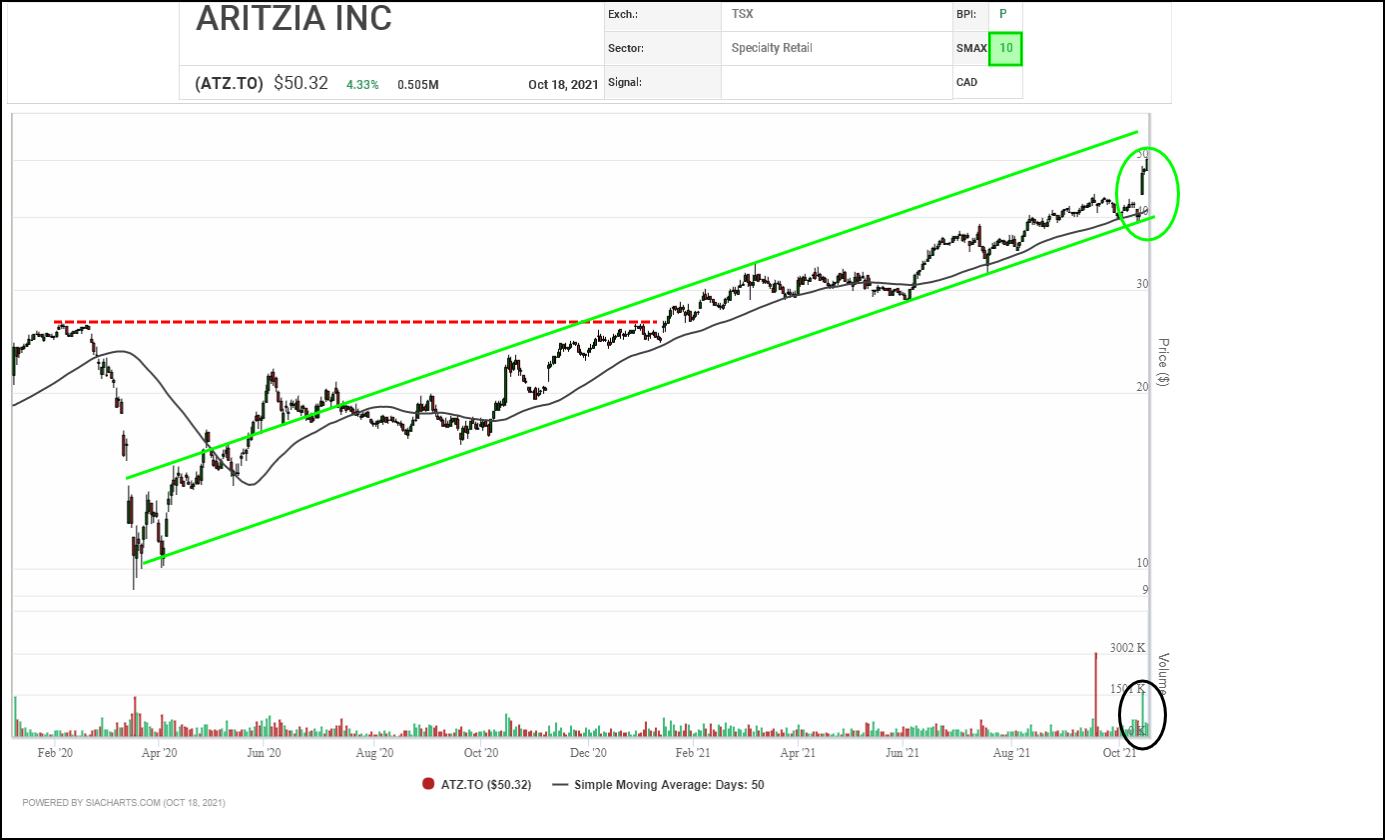 For over a year, Aritzia* (ATZ.TO) has been under accumulation, steadily advancing in a series of High Poles. Along the way the shares have completed a number of bullish patterns including Double Tops and a Triple Top. Yesterday, the shares closed above $50.00 to confirm its primary uptrend continues.

Vertical and horizontal counts suggest potential resistance near $54.75, then $60.45 on trend. Initial support appears near $45.80 based on a 3-box reversal.

With a perfect SMAX score of 10, ATZ.TO is exhibiting strength across the asset classes.

* Shares of Aritzia are held in some portfolios managed by SIA Wealth Management. 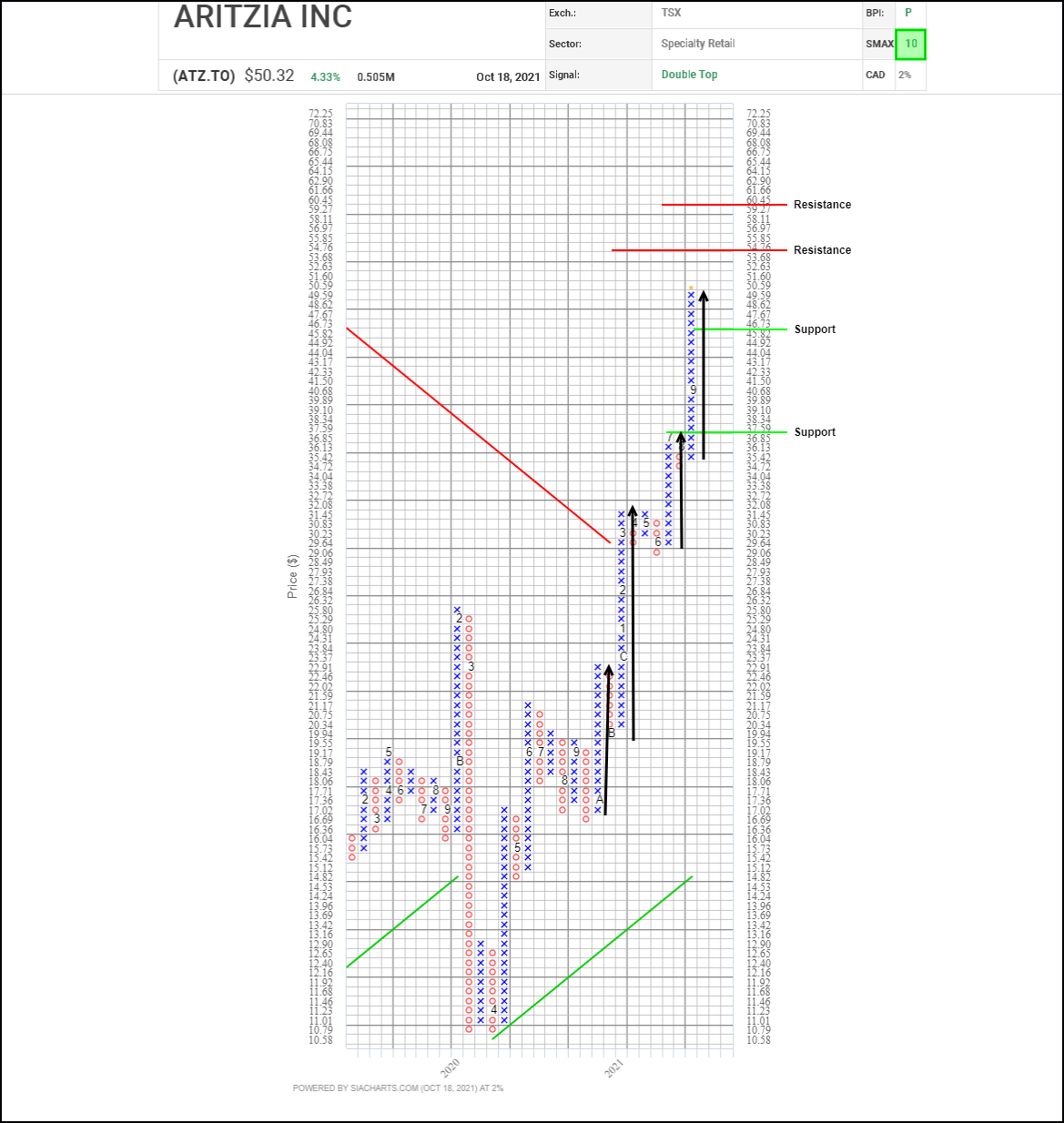