Heavy equipment dealer Finning (FTT.TO) has been climbing back up the rankings in the SIA S&P/TSX Composite Index Report and recently returned to the Green Favored Zone for the first time since May. On Friday, it rose to 48th place, up 4 spots on the day and up 50 positions in the last month.

Finning (FTT.TO) staged a major breakout last week. For six months, the shares had been stuck in a sideways range between $30.00 and $34.50, consolidating a previous advance that had started with a bullish ascending triangle breakout last November. In the last few days, the shares have attracted renewed interest from investors, climbing on increased volumes. The shares then staged a big breakaway gap breakout through the top of the range and have continued to climb to new highs. 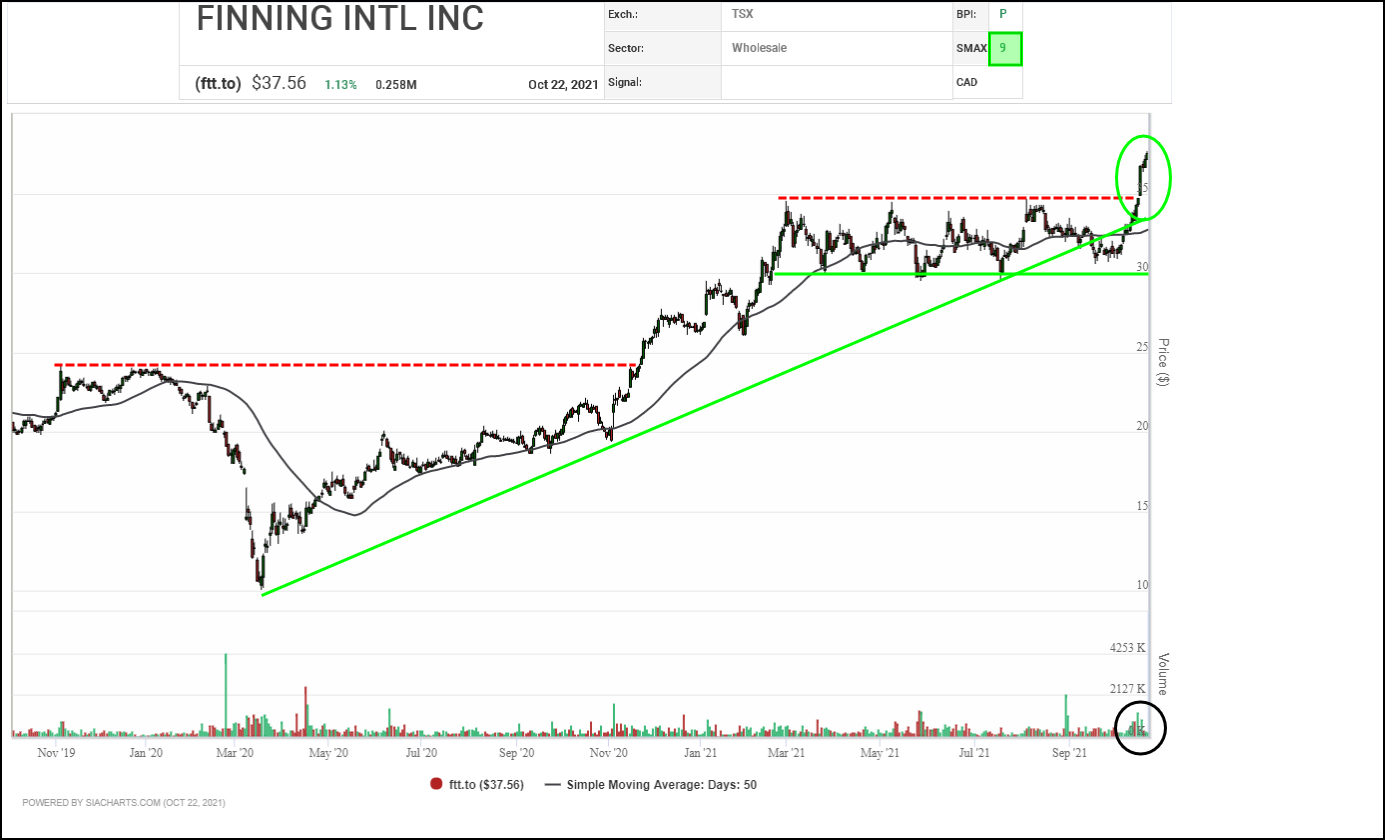 Finning (FTT.TO) has completed a rare and very bullish Spread Quadruple Top breakout to a new all-time high, ending over six months of sideways consolidation and signaling the start of a new advance.

Initial upside resistance appears in the $42.70 to $43.95 area where two vertical counts converge, followed by the $50.00 to $51.00 zone, where a round number and a horizontal count converge. Initial support appears between $34.35, based on a 3-box reversal and $32.65 which coincides with a retest of the recent major breakout point.

With a bullish SMAX score of 9, FTT.TO is exhibiting strength against the asset classes. 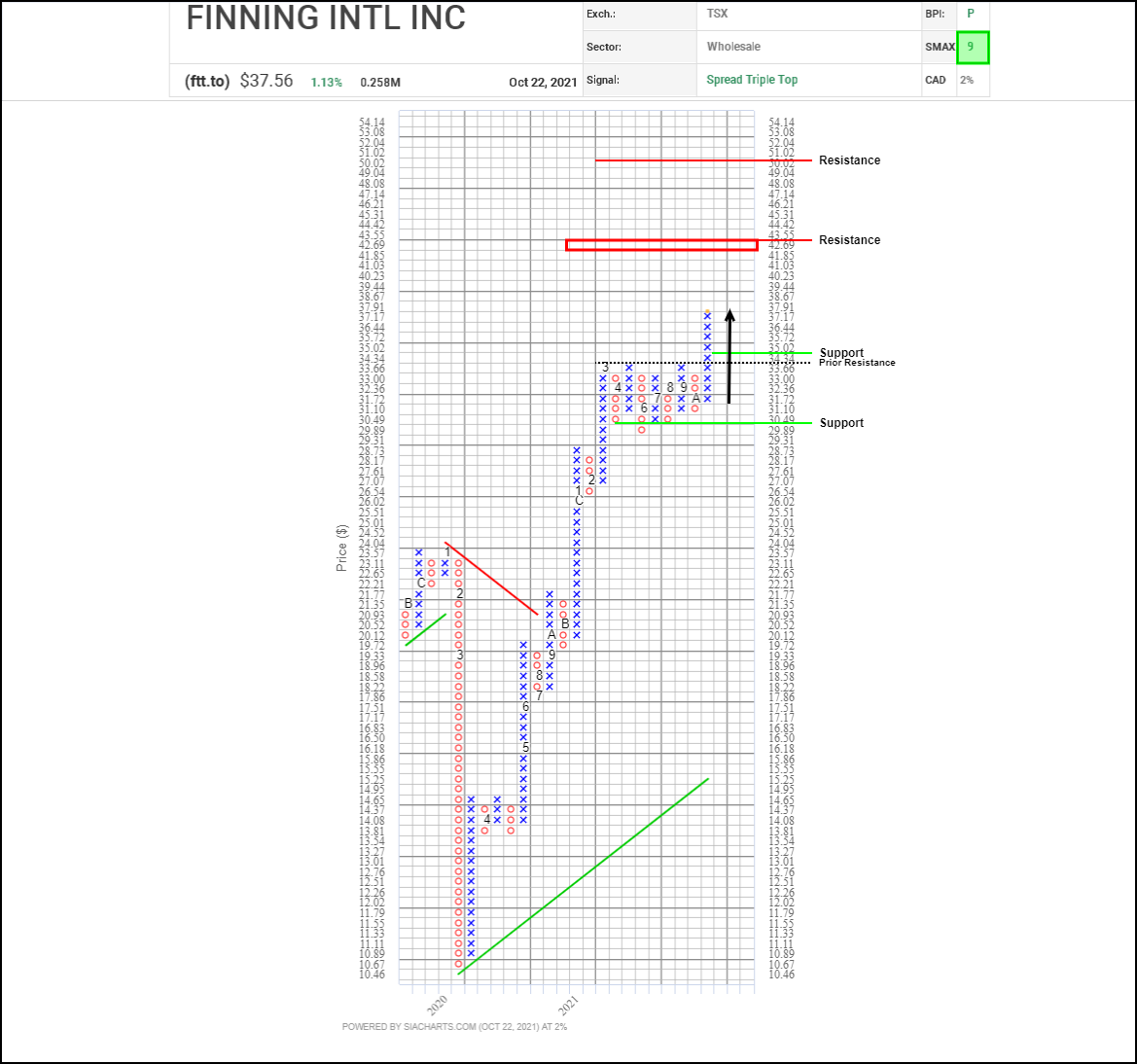