We don’t usually comment on stocks just before earnings reports, but the relative strength and technical action in computer chipmaker Advanced Micro Devices (AMD), who reports results after the close today, has been particularly intriguing.

After climbing 13 spots yesterday and moving up 30 positions over the last month, AMD has returned to the Green Favored Zone of the SIA S&P 500 Index Report from a short dip into the yellow zone.

Back in the summer, Advanced Micro Devices (AMD) broke out of a long-term $72.50 to $100.00 trading range and rallied toward $120.00. In recent months, the shares have been consolidating that rally. A correction was contained at the $100.00 breakout point and round number. Since then, the shares have been under renewed accumulation, snapping a downtrend line which caused a bearish descending triangle to rail, regaining the 50-day average, regaining $110.00 and yesterday blasting through $120.00 to a new all-time high, confirming the start of a new upleg. 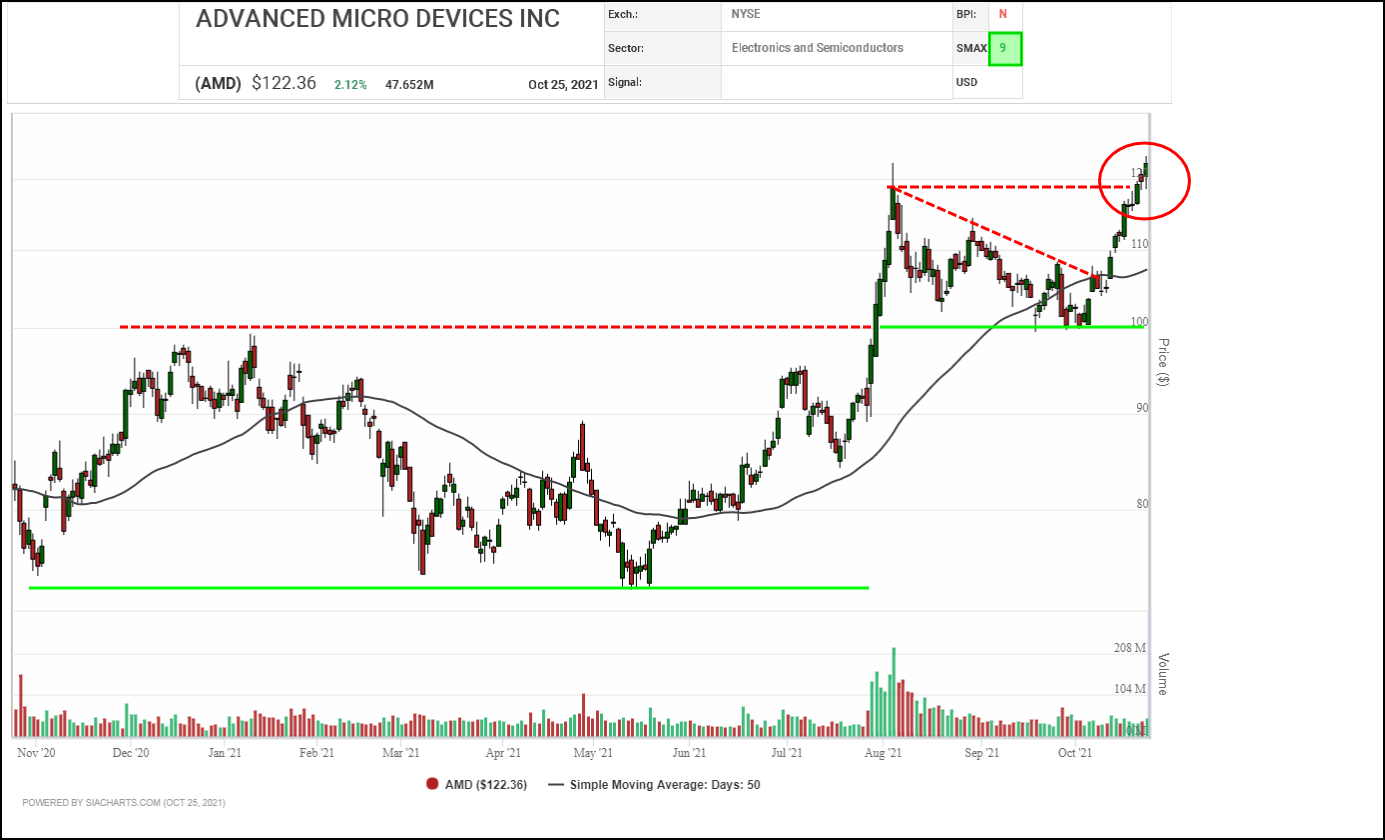 Since bottoming out with the market in March of 2020, Advanced Micro Devices (AMD) shares have been steadily climbing a step pattern of rallies followed by periods of consolidation at higher levels. Yesterday, the shares broke out to a new all-time high, completing a bullish Spread Double Top pattern and kicking off a new rally phase.

With a bullish SMAX score of 9, AMD is exhibiting strength against the asset classes. 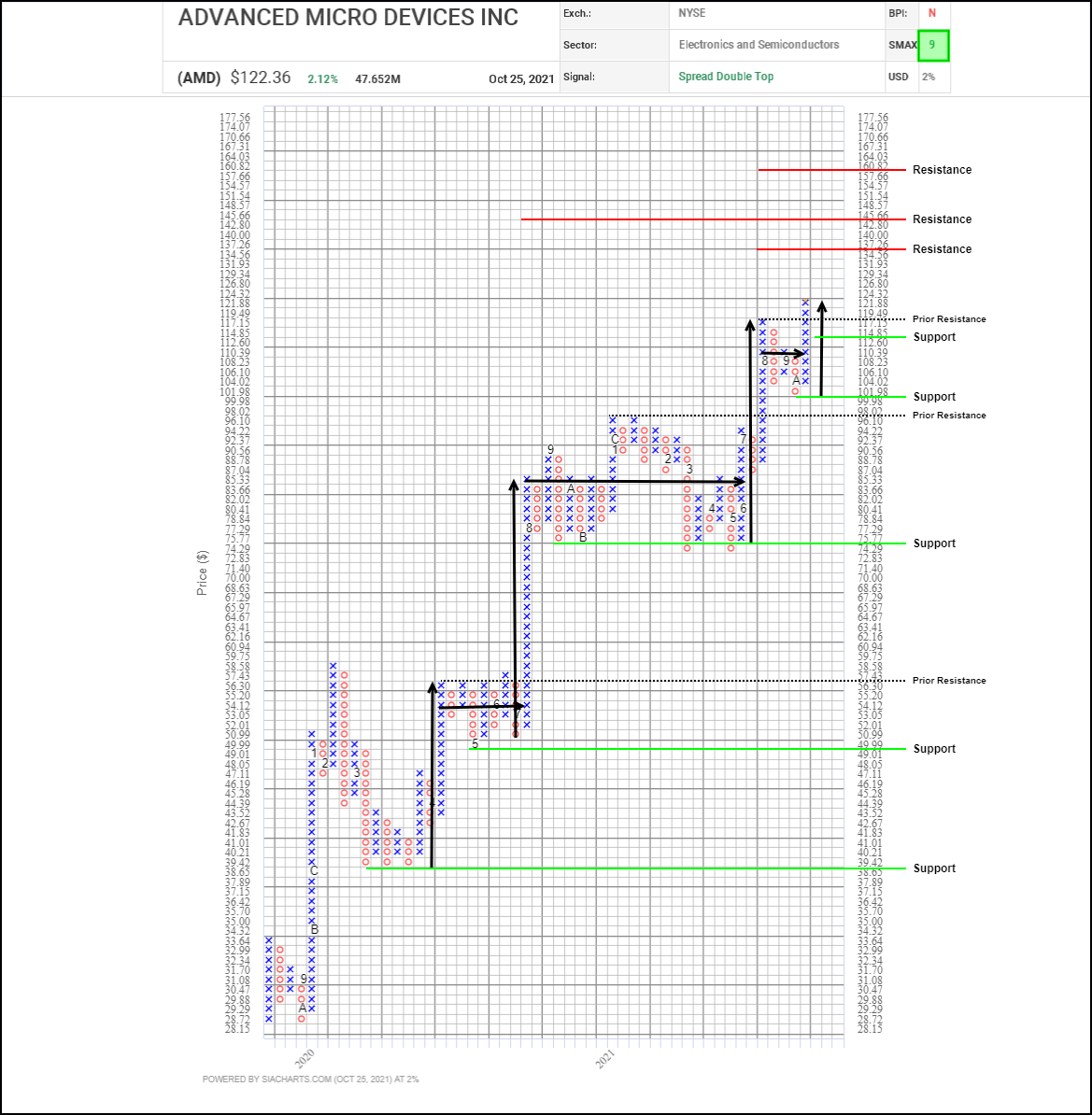