Hotel company Hilton Worldwide (HLT) recently returned to the Green Favored Zone in the SIA S&P 500 Index Report from a trip down into the red zone. Yesterday it moved up to 68th spot, up 12 places on the day and up 82 positions in the last month.

Accumulation in Hilton Worldwide (HLT) shares continues to accelerate. After spending nearly six months stuck in a sideways range between $115.00 and $130.00, Hilton broke out to the upside in August. In September, the shares started a new uptrend of higher lows and broke out of a bullish Ascending Triangle pattern which had formed between $118.00 and $136.00.

Yesterday, the shares staged a major breakout, rallying up off of $135.00 support, which had previously been resistance, on a spike in volume, driving to a new all-time high, and forming a Bullish Engulfing candlestick pattern, all signaling the start of a new upleg. 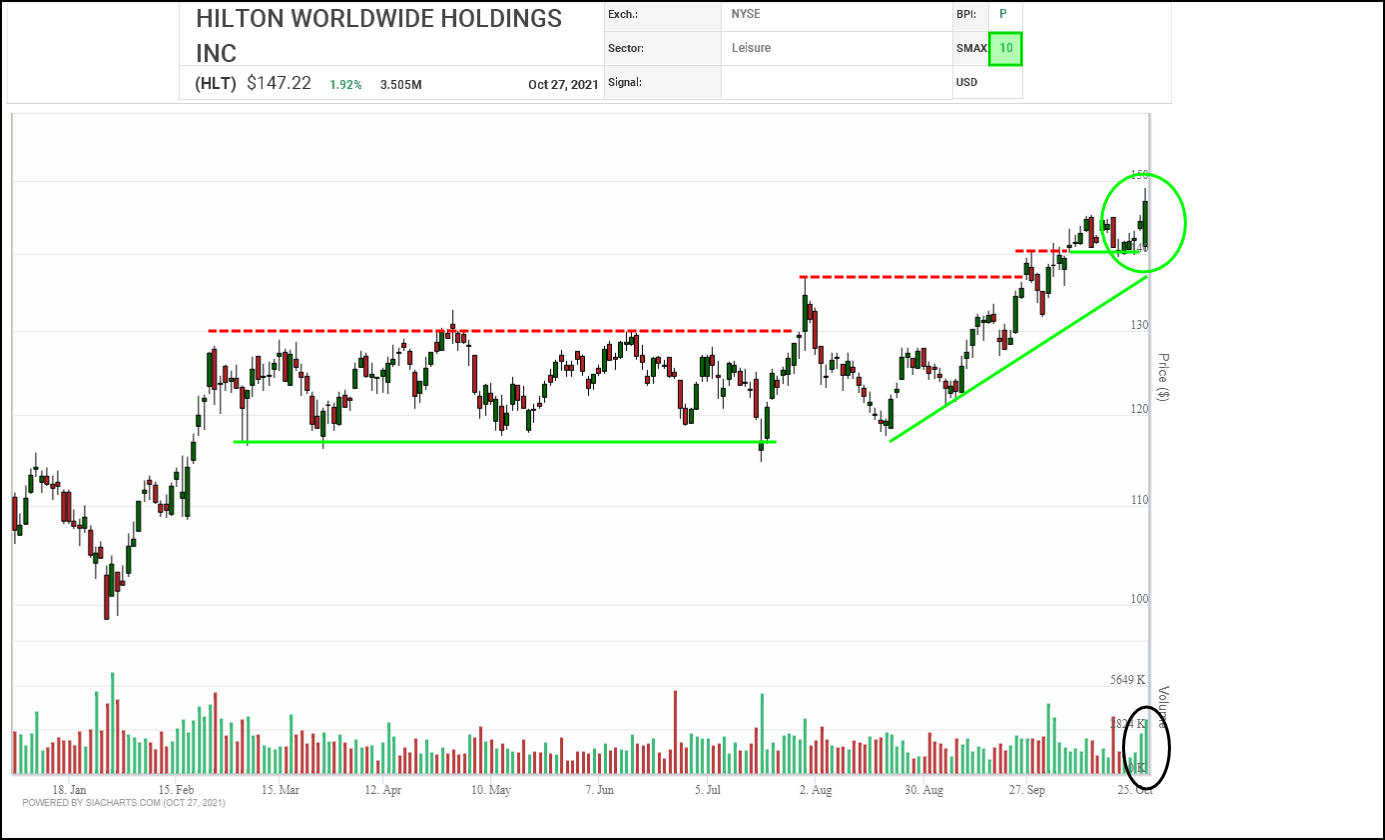 Hilton Worldwide (HLT) spent the spring and most of the summer stuck in a sideways trading range, consolidating gains made back in the winter. The shares started to show signs of renewed accumulation in August when they completed a bullish Triple Top. This month, the shares have resumed their long-term uptrend in earnest, breaking out to a new all-time high, completing a bullish Double Top pattern and continuing to climb.

With a perfect SMAX score of 10, HLT is exhibiting strength across the asset classes. 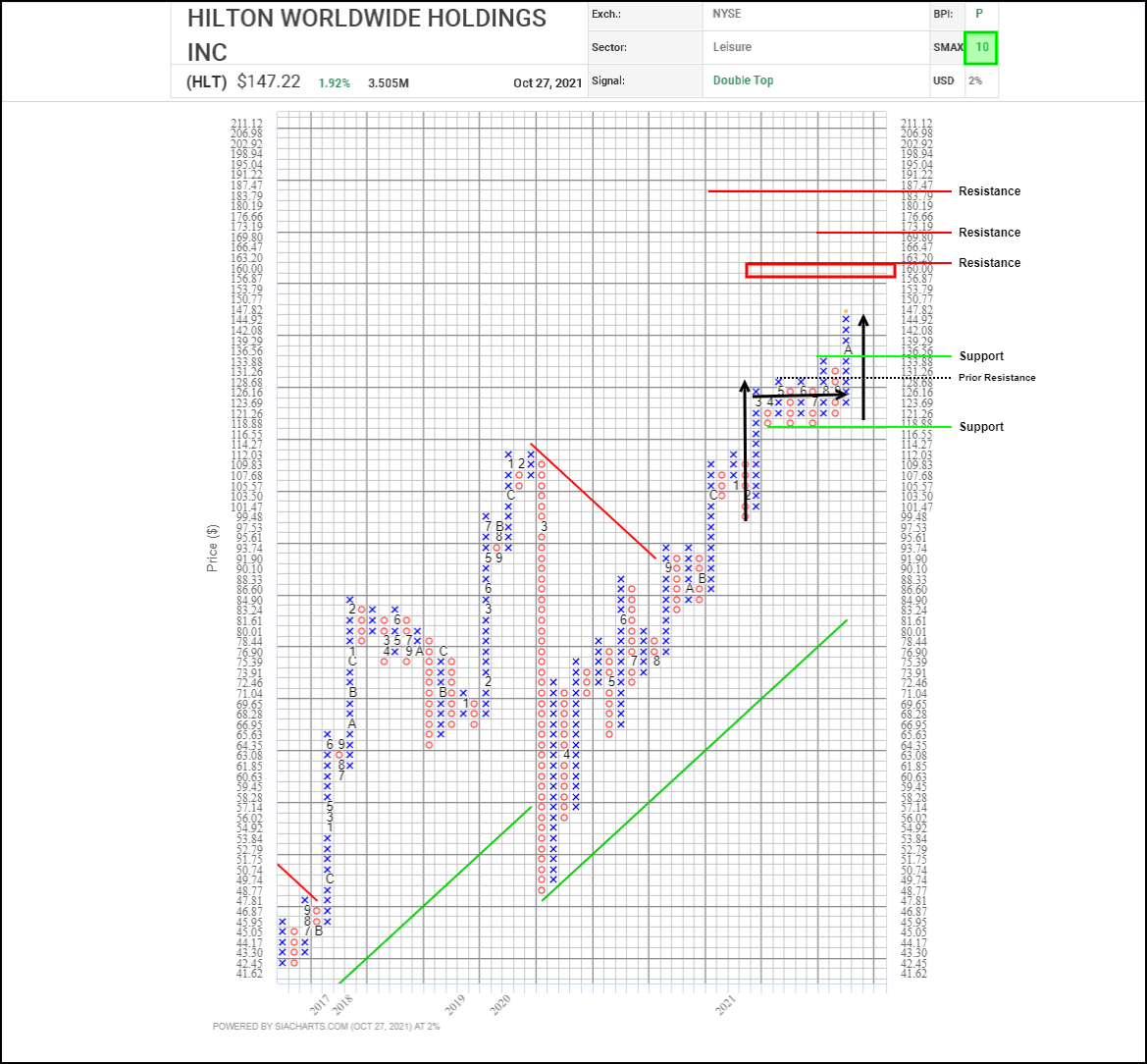