Asset manager Franklin Resources (BEN) has soared up the rankings in the SIA S&P 500 Index Report since reporting positive earnings and announcing an acquisition, returning to the Green Favored Zone for the first time since July. Yesterday, the shares finished in 50th place, up 119 spots on the day and up 200 positions in the last week. This five-year chart highlights the significance of this week’s rally in Franklin Resources (BEN) shares. The shares have generally been trending upwards since the March 2020 market bottom and earlier this year, they snapped out of a long-term downtrend. Between June and October, the shares consolidated sideways in a range between $28.00 and $35.50. The shares kicked off this week with a breakaway gap that snapped a downtrend line and have continued to rally, blasting through the top of their previous range to trade at their highest levels since early 2018. 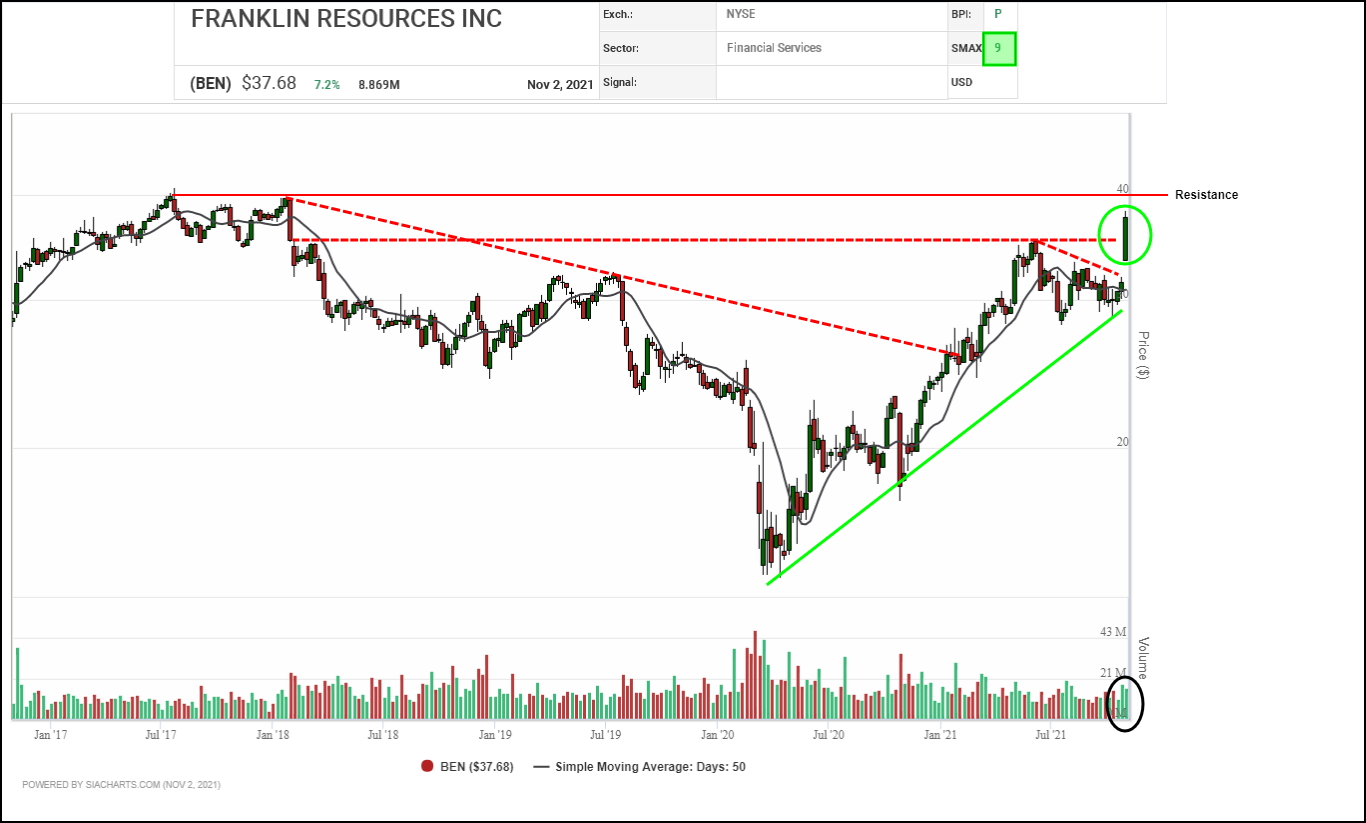 Franklin Resources (BEN) has broken out of a summer slump in a big way. After rallying in the spring, the shares drifted downward between June and October but losses were contained above $27.50, indicating consistent underlying support near there. In the last few days, the shares have snapped a downtrend, completed a series of bullish Double Top and Spread Double Top breakouts, broken out to its highest levels since 2018 and formed a bullish High Pole.

With its bullish SMAX score increasing to 9, BEN is exhibiting strength against the asset classes. 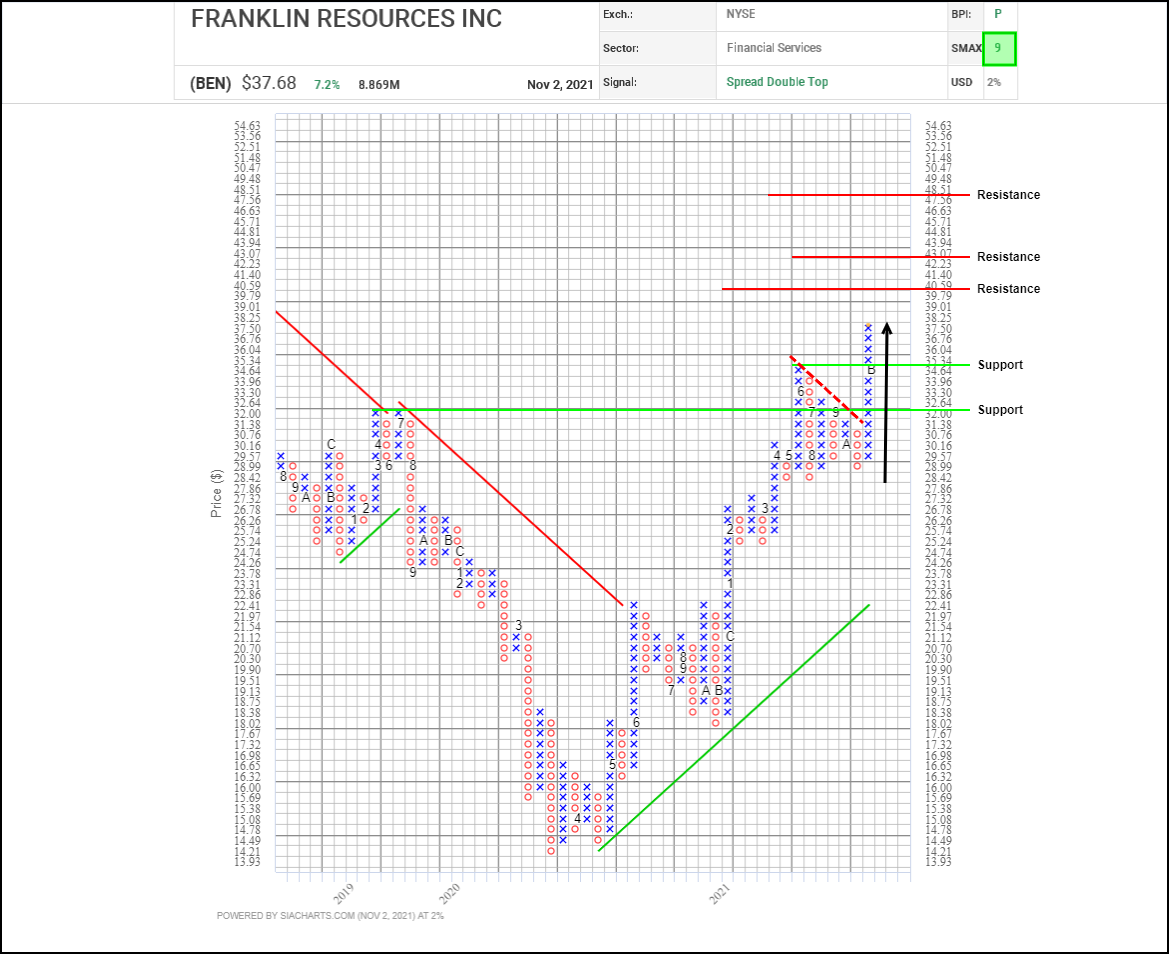