ATS Automation Tooling Systems (ATA.TO) has been in the Green Favored Zone of the SIA S&P/TSX Composite Index Report since June. After drifting downward for a few weeks, the shares have started to climb within the rankings once again, moving up 8 spots yesterday to 22nd place.

Throughout this year, ATS Automation Tooling Systems (ATA.TO) has been under accumulation, steadily advancing in a rising channel of higher highs and higher lows. Back in September, the shares staged a trading correction but this was contained by a previous breakaway gap, trend support. After spending October regaining their footing above $40.00, accumulation has accelerated this week with the shares snapping a downtrend line, and rallying to a new all-time high on a jump in volume, indicating increased investor interest.

Initial upside resistance may appear near the $50.00 round number, followed by the $55.00 to $56.00 area based on a measured move from the recent consolidation range. Initial support appears near $45.00 and $43.50 based on recent breakout points. 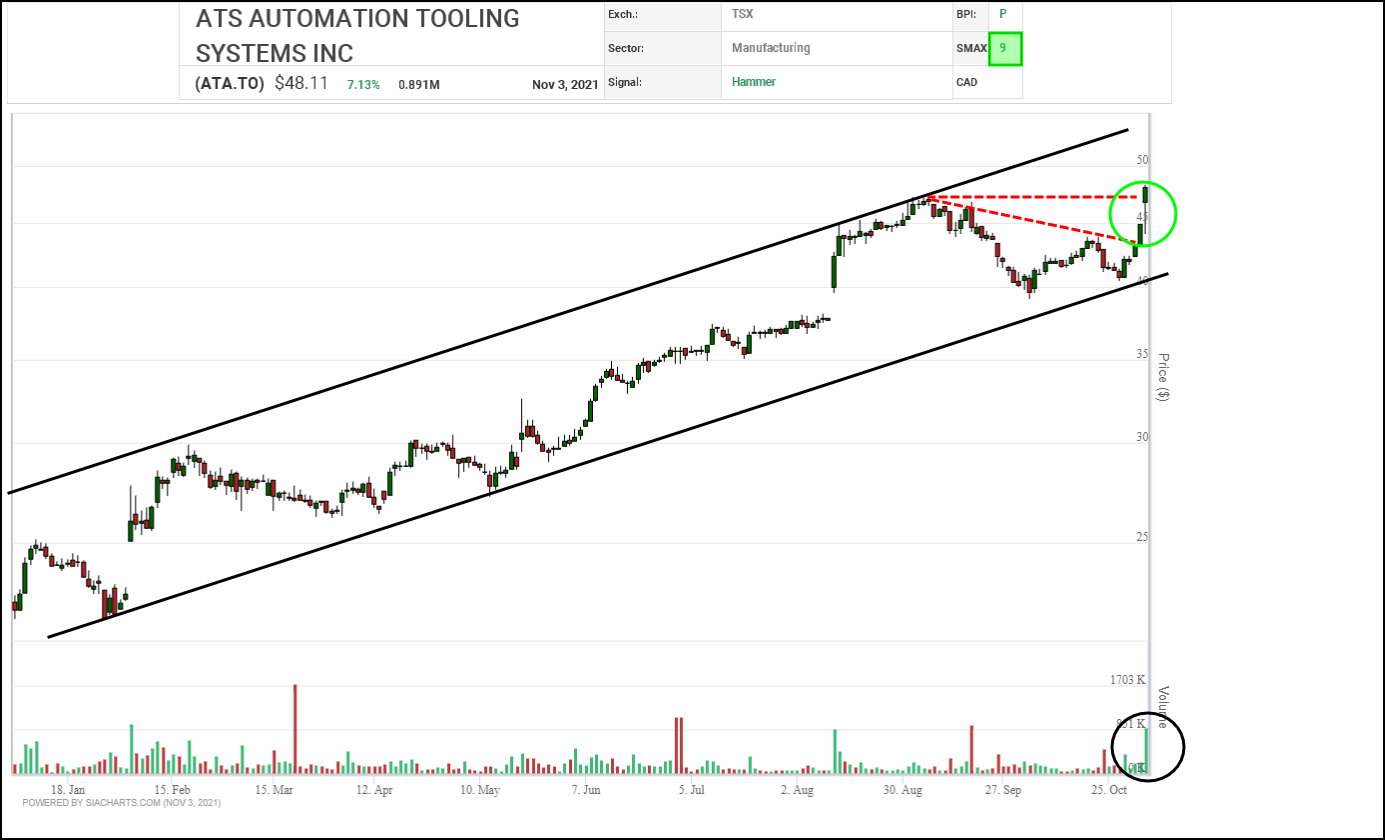 After staging a big High Pole rally through the summer, ATS Automation Tooling Systems (ATA.TO) had spent the last two months in correction/consolidation mode. That phase now appears to have ended and the underlying bullish trend has resumed with the shares breaking out to a new all-time high and completing another bullish Double Top pattern.

Based on vertical and horizontal counts, next potential upside resistance appears near $55.25, then $57.50. Initial support appears near $44.45 based on a 3-box reversal.

With its bullish SMAX score increasing to 9, ATA.TO is exhibiting strength against the asset classes. 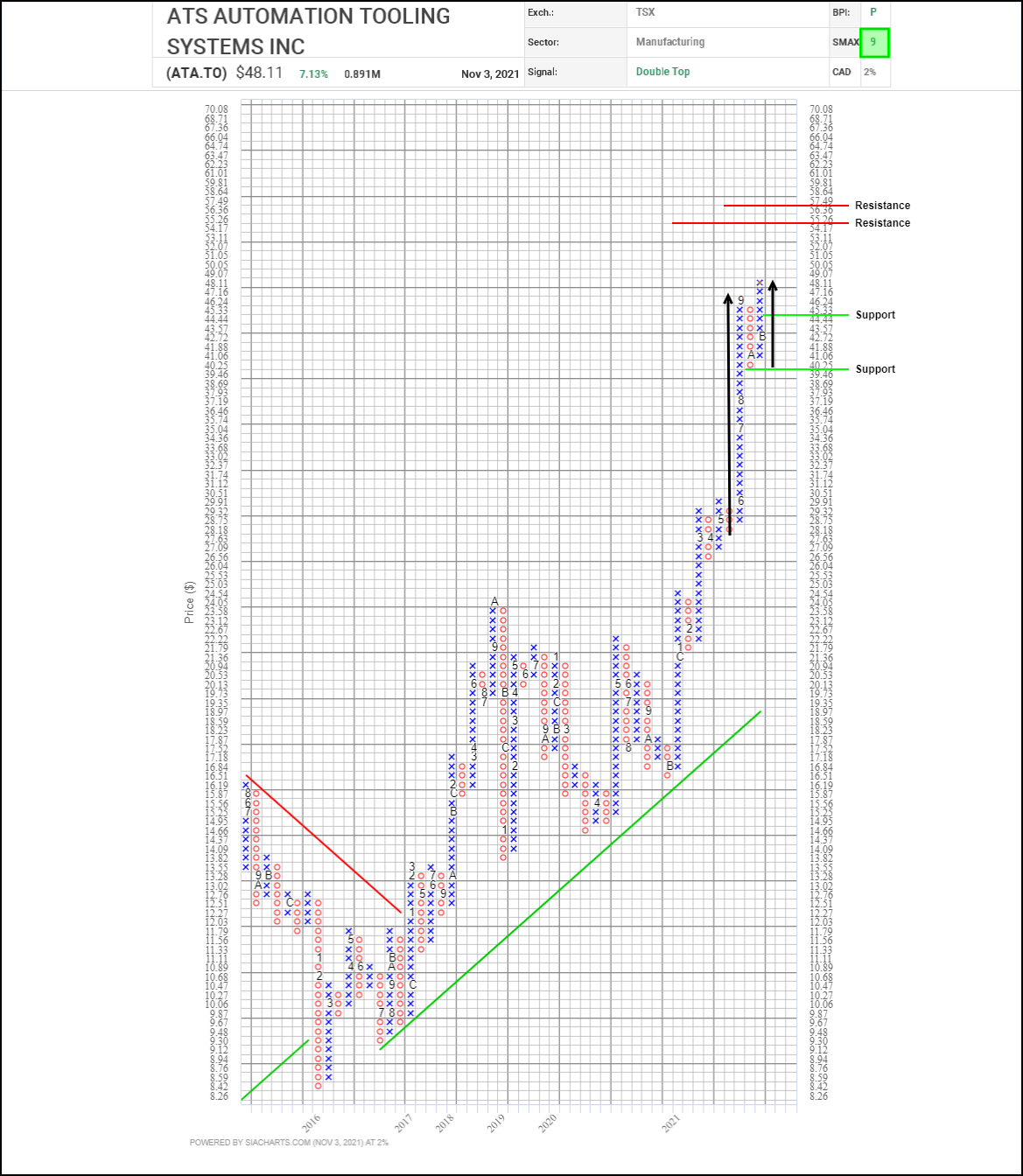