Qualcomm (QCOM), a producer of semiconductors for wireless communications, recently returned to the Green Favored Zone of the SIA S&P 100 Index Report for the first time since March. Yesterday, QCOM finished in 18th place, up 7 spots on the day and up 46 positions in the last month.

After spending most of this year drifting listlessly, Qualcomm (QCOM) has come under renewed accumulation in a big way this month. The shares have soared in the last few days with a big spike in volume indicating a surge in investor interest. A breakaway gap snapped a downtrend line and blew through $150.00 initial resistance and since then, the shares have continued to climb. Yesterday, they closed above $165.00 at a new all-time high, blasting through their February peak to confirm the start of a new advance.

Based on measured moves from recent trading ranges, next potential upside resistance appears near $175.00, then a range between the $200.00 round number, and $205.00. Initial support appears near $155.00, the top of the recent gap. 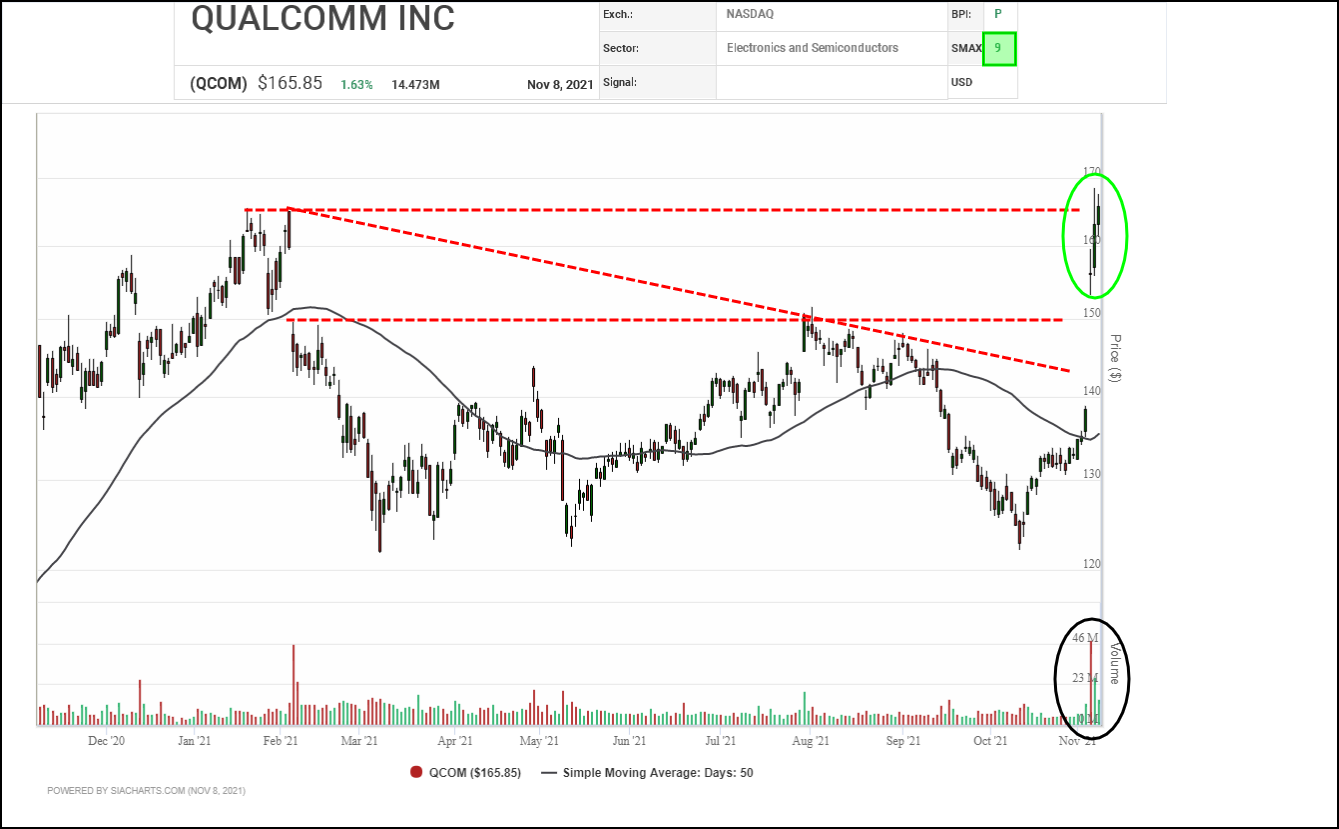 A major breakout is underway in Qualcomm (QCOM) shares. Yesterday, they closed above $165.30 at a new all-time high, completing a bullish Spread Triple Top breakout, and confirming a recent Double Top. This breakout indicates that the sideways consolidation phase of the last nine months has ended and a new advance is underway.

With a SMAX score of 9, QCOM is exhibiting strength against the asset classes. 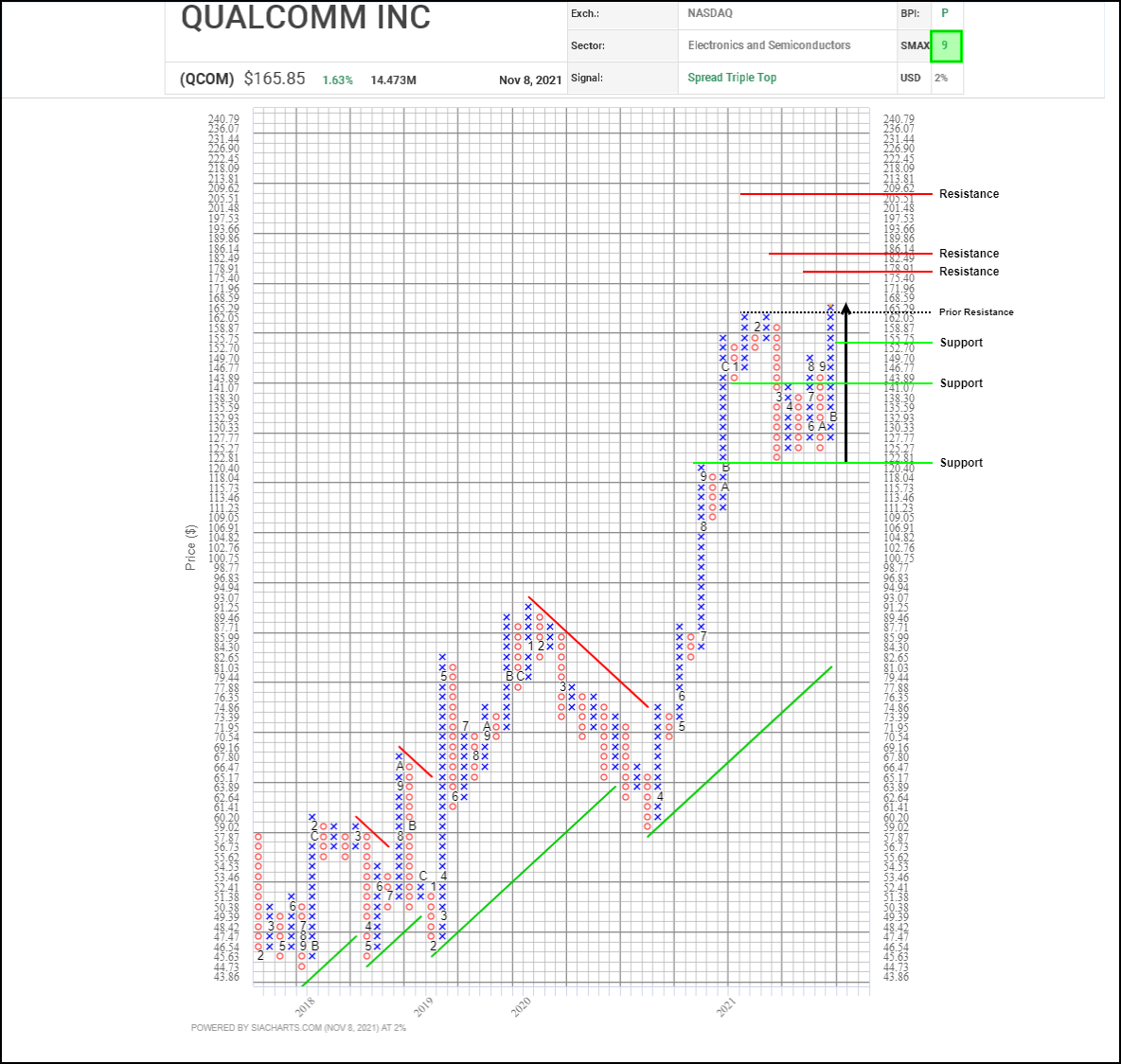