Since we last mentioned uranium explorer Nexgen Energy (NXE.TO) in the September 2nd issue of the Daily Stock Report, the shares have climbed 28.6%. They also continue to climb up the rankings within the Green Favored Zone of the SIA S&P/TSX Composite Index Report. Yesterday they finished in 8th place, up 2 positions on the day and up 104 spots in the last month.

Since breaking out of a $4.50-$6.00 sideways range back in the summer, NexGen Energy (NXE.TO) shares have remained under accumulation, with corrections being contained by higher lows above the 50-day moving average. Yesterday, the shares closed at a high on $8.00 and appear poised for a breakout.

A close above $8.00 would complete a bullish ascending triangle pattern and signal the start of a new upleg. Should that occur, measured moves from recent trading ranges suggest next potential upside tests near $9.00, then the $10.00 to $10.50 area. Initial support appears in the $7.00 to $7.25 area above uptrend support. 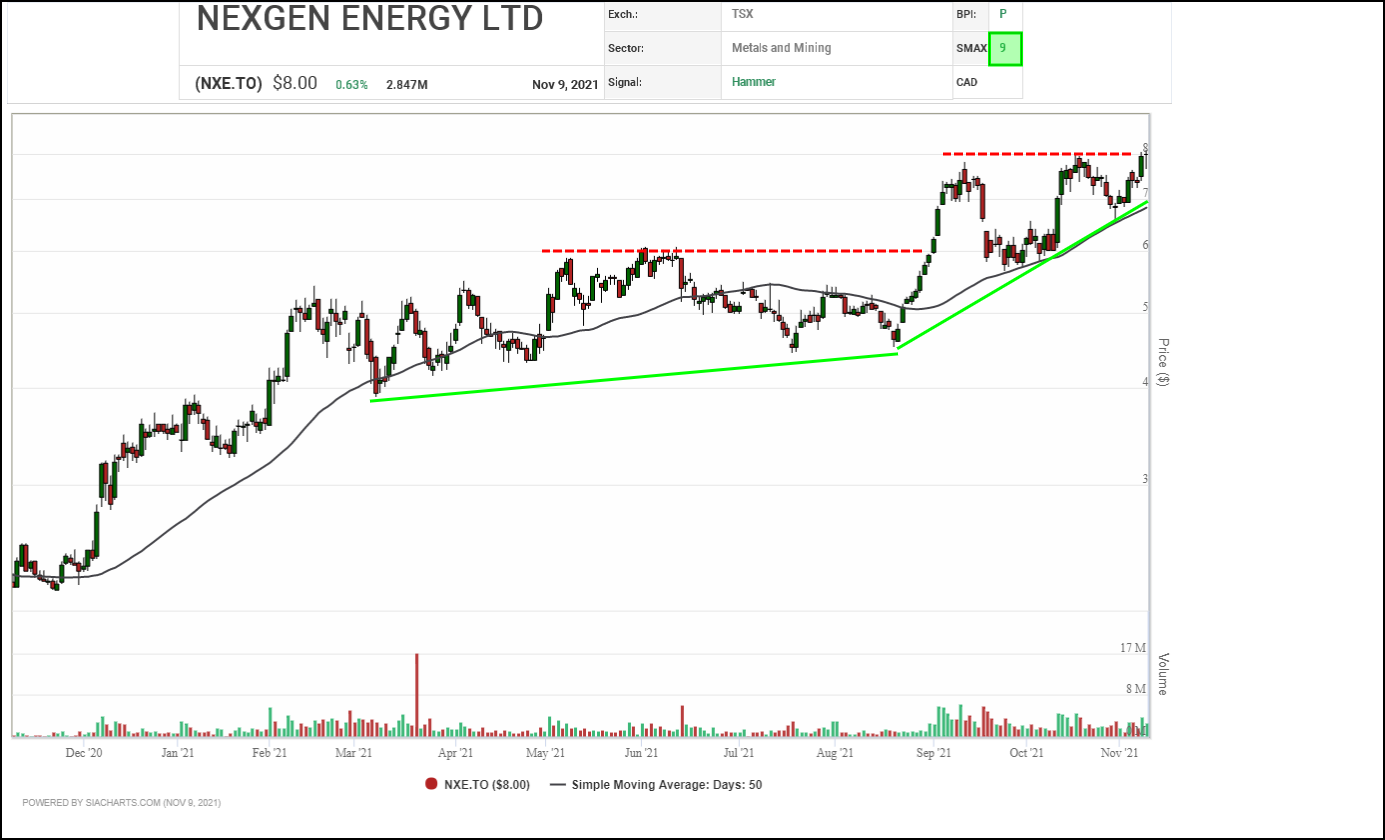 Even after a high pole summer breakout rally ended in September, NexGen Energy (NXE.TO) shares have remained under accumulation, with corrections continuing to bottom out at higher lows and the shares continuing to climb. Yesterday, the shares broke out over $7.75 to another new high, completing a bullish Double Top pattern breakout and confirming October’s similar breakout.

Initial upside resistance appears near $8.35, but if it can get through there, next resistance doesn’t appear until the $9.95 to $10.35 range, all based on a combination of vertical and horizontal counts and the $10.00 round number. Initial support appears near $7.25 based on a 3-box reversal.

With its bullish SMAX score increasing to 9, NEE.TO is exhibiting strength against the asset classes. 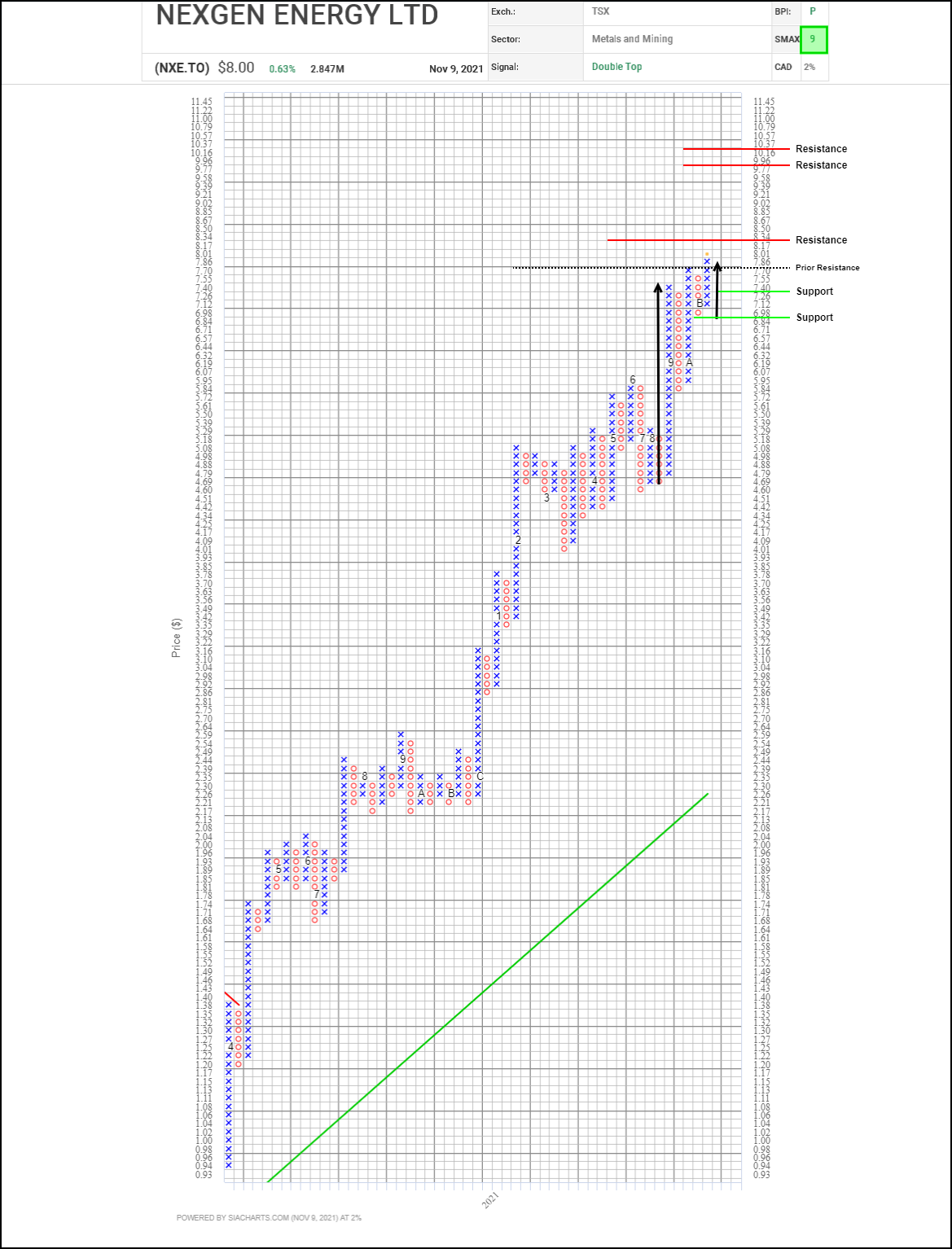