With the recent selling pressure against Tesla Motors (TSLA) apparently subsiding, the shares have returned to the Green Favored Zone of the SIA S&P 500 Index Report from a brief dip into the yellow zone. Yesterday the shares moved up 9 positions to 124th place.

Back in October, Tesla Motors (TSLA) shares staged a major breakout over $900, punctuated by a breakaway gap, which completed a bullish Ascending Triangle pattern. An initial rally carried the shares up toward $1,250 resistance and the ensuing correction was contained above the $1,000 round number. The shares now appear to be consolidating between those two levels, digesting their previous breakout.

A current upswing suggests that accumulation may be resuming and/or selling pressure easing. A breakout over $1,250 would signal the start of a new upleg. Should that occur, measured moves resistance may next appear near $1,350 or the $1,500 round number. Initial support appears near $1,100 then $1,000. 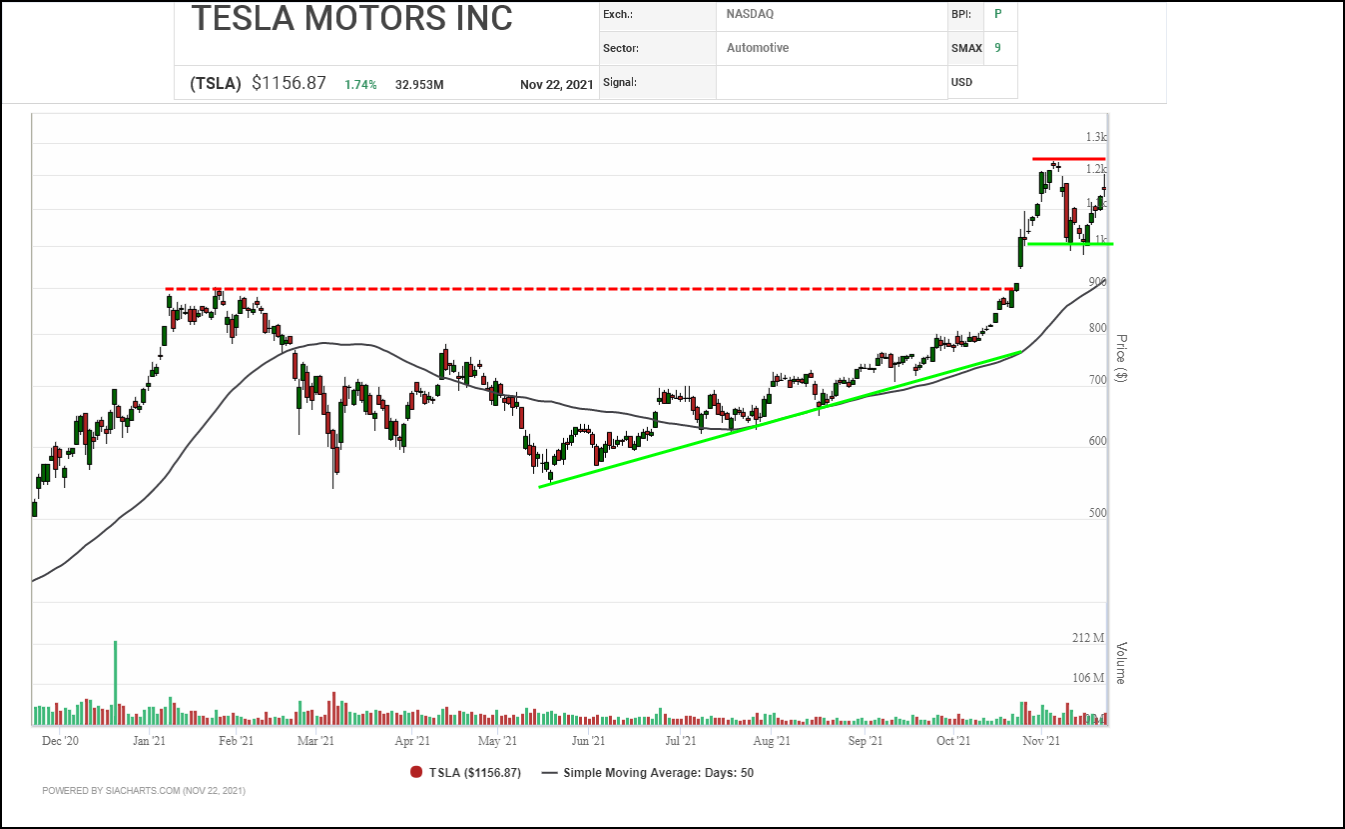 Coming off of a huge 30-row High Pole rally, Tesla Motors (TSLA) shares were due for a correction. The recent 10-row pullback appears to be over with the shares bouncing back into an X column, and a sideways consolidation range between approximately $1,000 and $1,250 appears to be emerging.

A breakout over $1,243 to a new high would complete a bullish double top and signal the start of a new upleg with next potential resistance near $1,457 based on a horizontal count. Initial support appears near $1,061 based on a 3-box reversal.

With its SMAX score jumping to a bullish 9 on Monday from a bearish 5 on Friday, TSLA is exhibiting increasing strength against the asset classes. 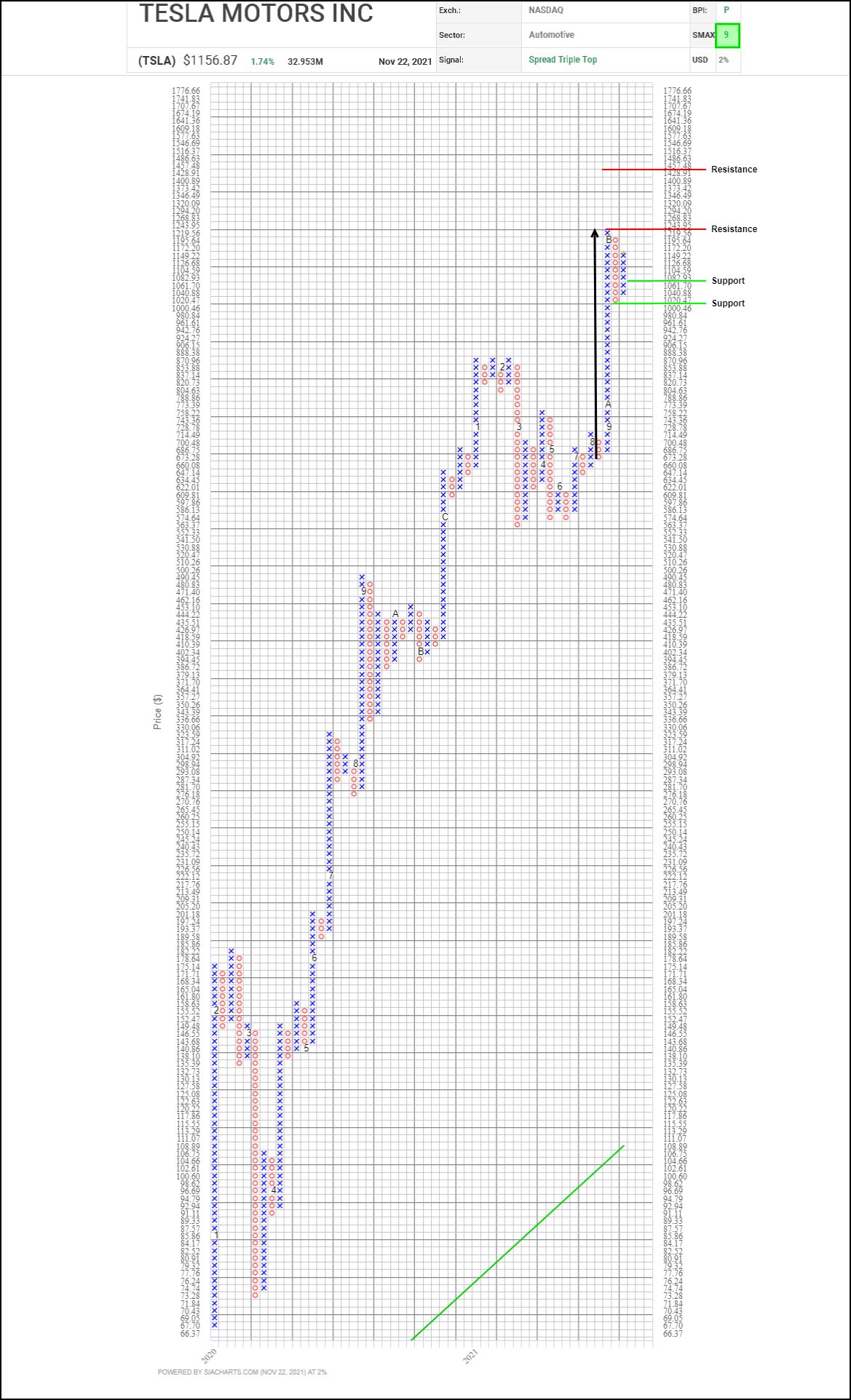