Since we last mentioned Gildan Activewear* (GIL.TO) in the August 19th edition of the Daily Stock Report, the shares have climbed 10.8%. Over the last three months, the shares briefly dipped down into the yellow zone of the SIA S&P/TSX Composite Index Report, but earlier this month, they returned to the Green Favored Zone. In recent weeks, the shares have continued to climb up the relative strength rankings, finishing yesterday in 23rd place, up 1 spot on the day and up 41 positions in the last month.

For Gildan Activewear* (GIL.TO), the March 2020 market crash helped to accelerate a downtrend that has started back in the summer of 2019. For the last 18 months, the shares have been steadily recovering lost ground with an upward trend of consistently higher lows indicating steady underlying accumulation and consistent investor support. This week, the shares have broken through their 2019 peak, which was near $51.50, to new all-time highs, confirming the current uptrend remains intact and a new upleg has started.

Based on measured moves from previous trading ranges, upside resistance may appear initially near $56.50 and then the $63.00 to $63.50 area. Initial support appears near the $50.00 round number.

Gildan Activewear* (GIL.TO) has been steadily advancing for over a year now, building an uptrend of consistently higher lows and completing a series of bullish pattern breakouts, including the current Double Top. Most significantly, the shares have recently regained the $50.00 level and broken through their 2019 peak which was near $51.40 to a new all-time high, signaling that a long recovery phase has ended and a new advance has started.

Initial upside resistance tests appear near $59.00 and $62.65 based on horizontal and vertical counts. Initial support appears near $49.40 based on a 3-box reversal.

With a bullish SMAX score of 9, GIL.TO is exhibiting strength against the asset classes. 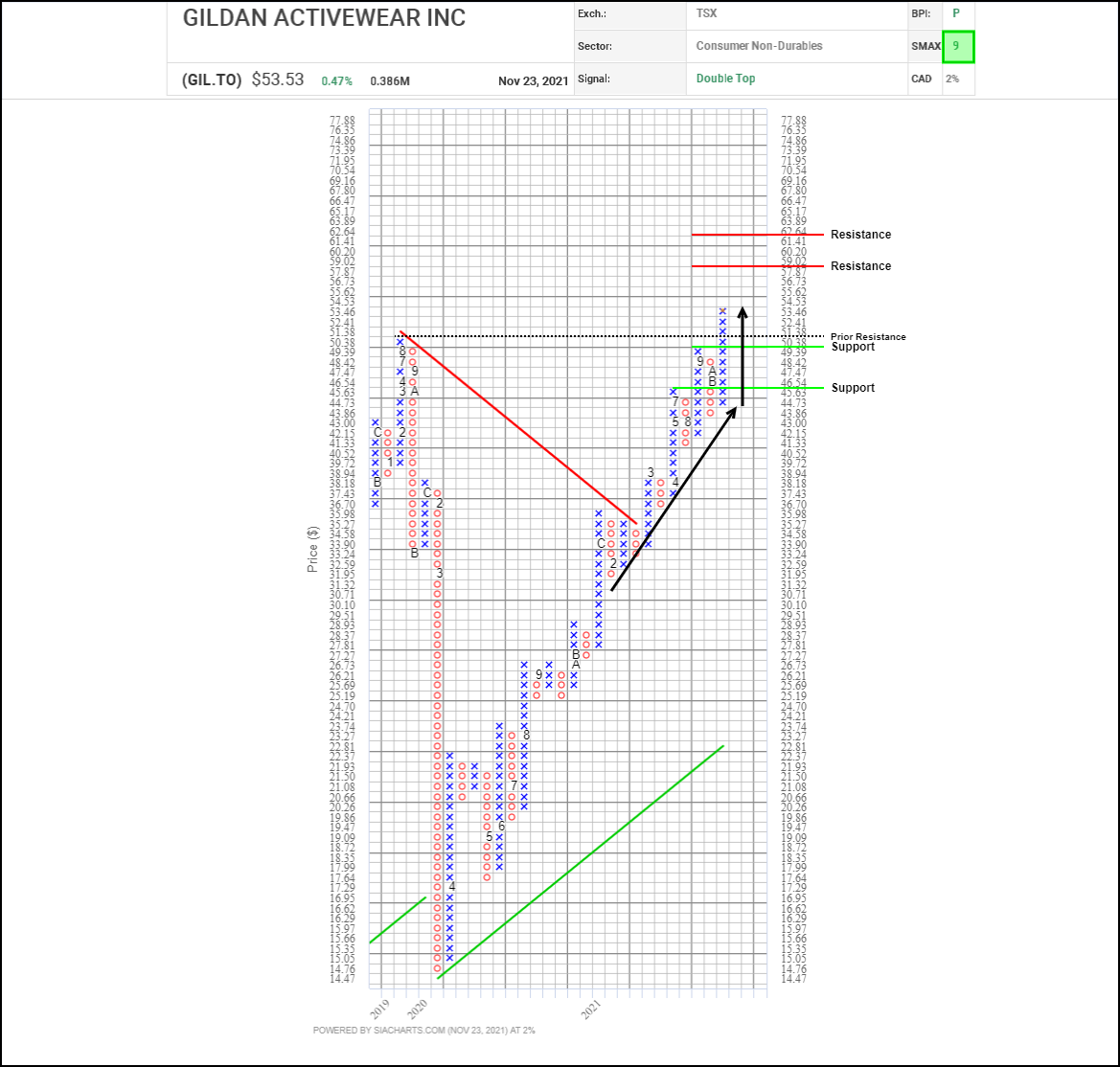