Over the last month, computer memory producer Micron Technology (MU) has climbed up the rankings in the SIA NASDAQ 100 Index Report from deep in the red zone back up into the Green Favored Zone for the first time since May. Yesterday it finished in 24th place up 3 spots on the day and up 50 positions in the last month.

Micron Technology (MU) has rebounded dramatically from is mid-October bottom. Over the last six weeks, the shares have regained and held above their 50-day average, snapped a downtrend line which completed a bullish Falling Wedge pattern cleared and retested $75.00 as support and broken through $85.00 previous resistance. Accumulation has accelerated in recent weeks with the shares gapping upward and continuing to climb on higher volumes. 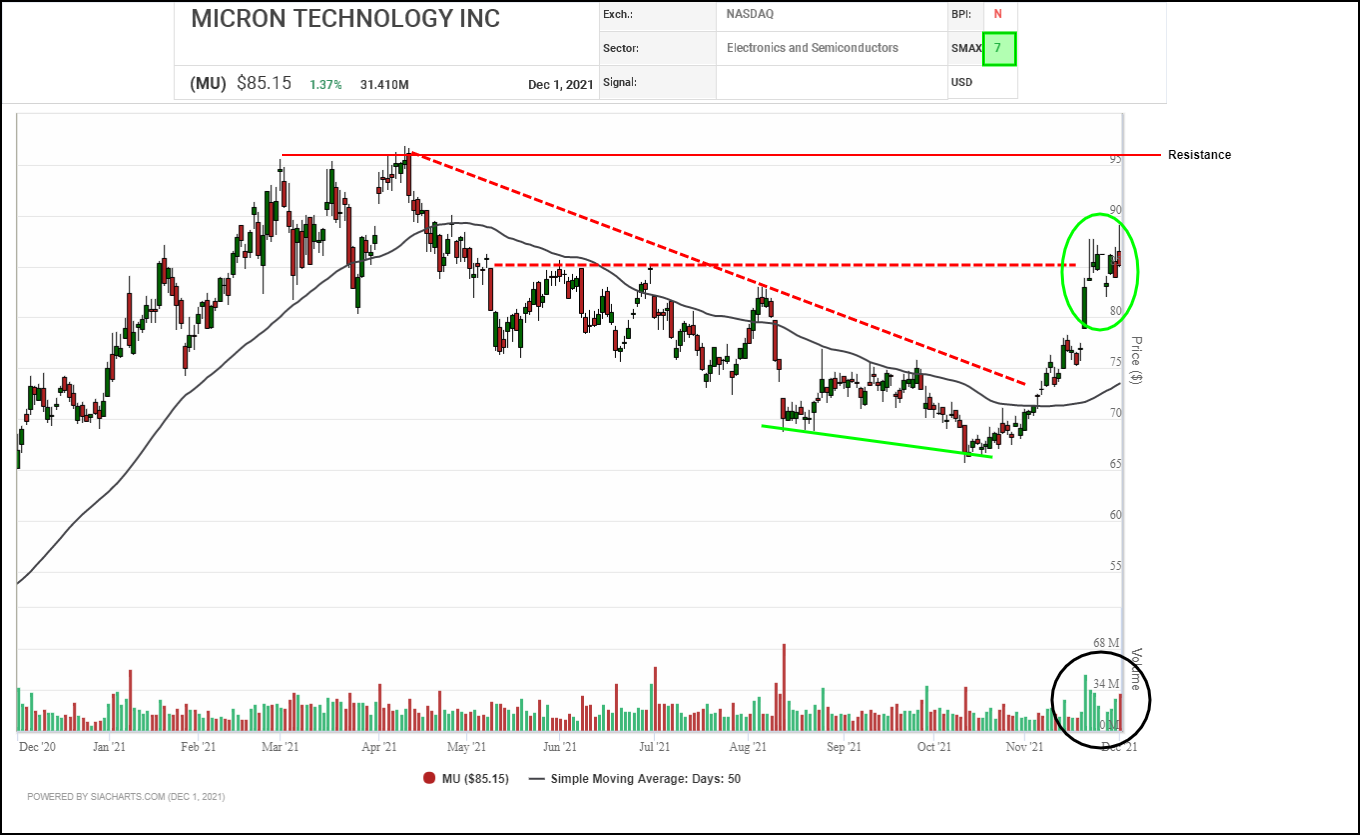 After staging a big rally last winter, Micron Technology (MU) spent about eight months consolidating and then unwinding much of its previous gains. Accumulation has resumed in recent weeks. The shares have turned back upward snapping a downtrend line and completing several bullish patterns including the most recent Spread Triple Top, a Spread Double Top and a Double Top.

With a bullish SMAX score of 7, MU is exhibiting strength against the asset classes. 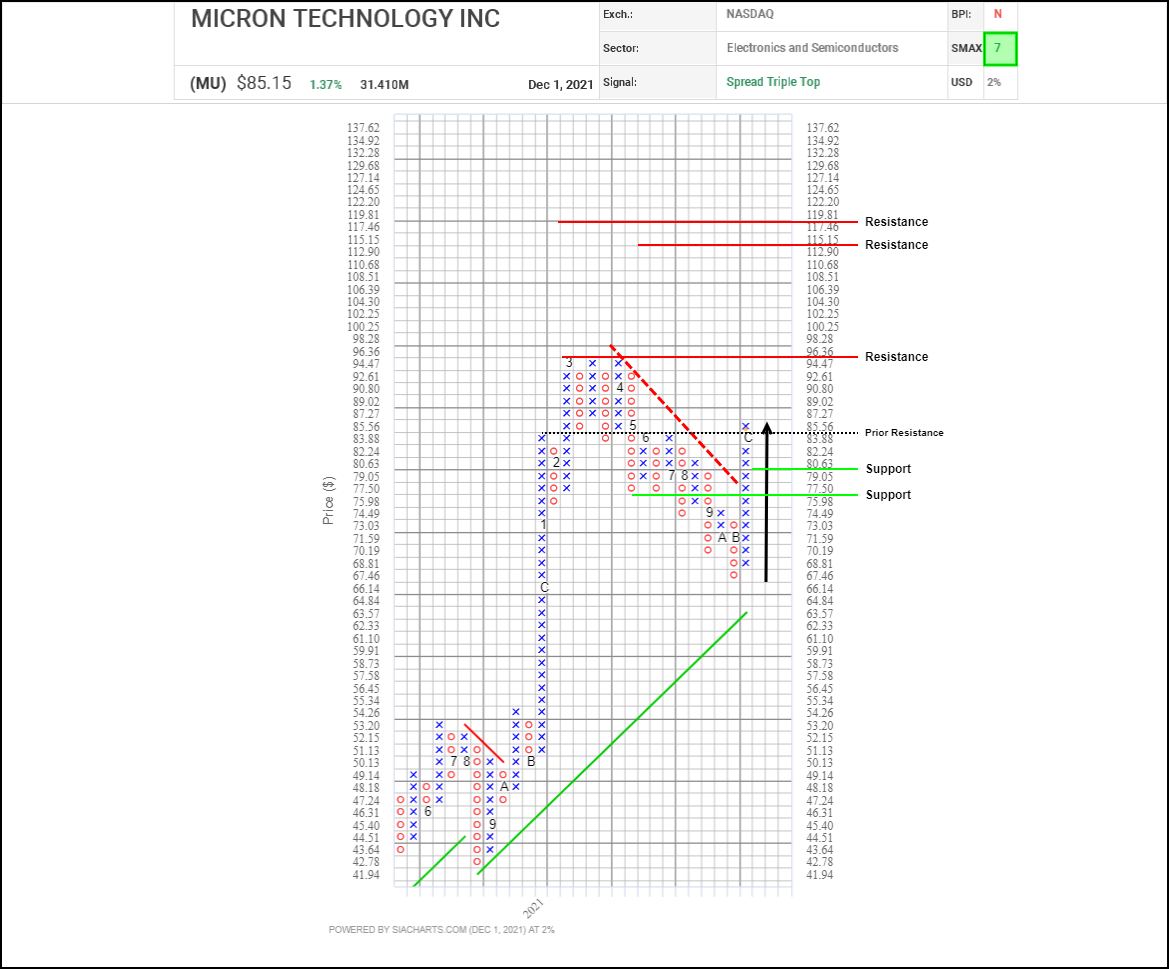