Over the last several weeks, the price of lumber has been bouncing back, sparking renewed interest in forest products stocks. Interfor (IFP.TO) has returned to the Green Favored Zone for the first time in about six weeks as it roars back from a sharp but short drop down into the red zone. Yesterday, Interfor finished in 36th place, up 13 spots on the day and up 87 positions in the last month.

Since a summer retreat bottomed out in August, it has become clear that Interfor (IFP.TO) shares have been trending sideways since March. Recent trading indicates that accumulation has resumed and the shares could be setting up for a breakout.

Last month, IFP.TO established another higher low and then rallied back up toward $34.00 in increased volume, an indication of new investor interest. A brief, low volume pullback was contained by support at the 50-day moving average above $30.00. This week, the shares have started to climb again, closing above $34.00 to complete a bullish Ascending Triangle pattern.

The shares still face resistance in the $35.00 to $36.00 area which they still need to push through to confirm a breakout and the start of a new advance. Should that occur, next potential resistance may appear near the $40.00 round number, followed by $46.00 and $49.00 on trend. Initial support remains at the 50-day average near $31.00. 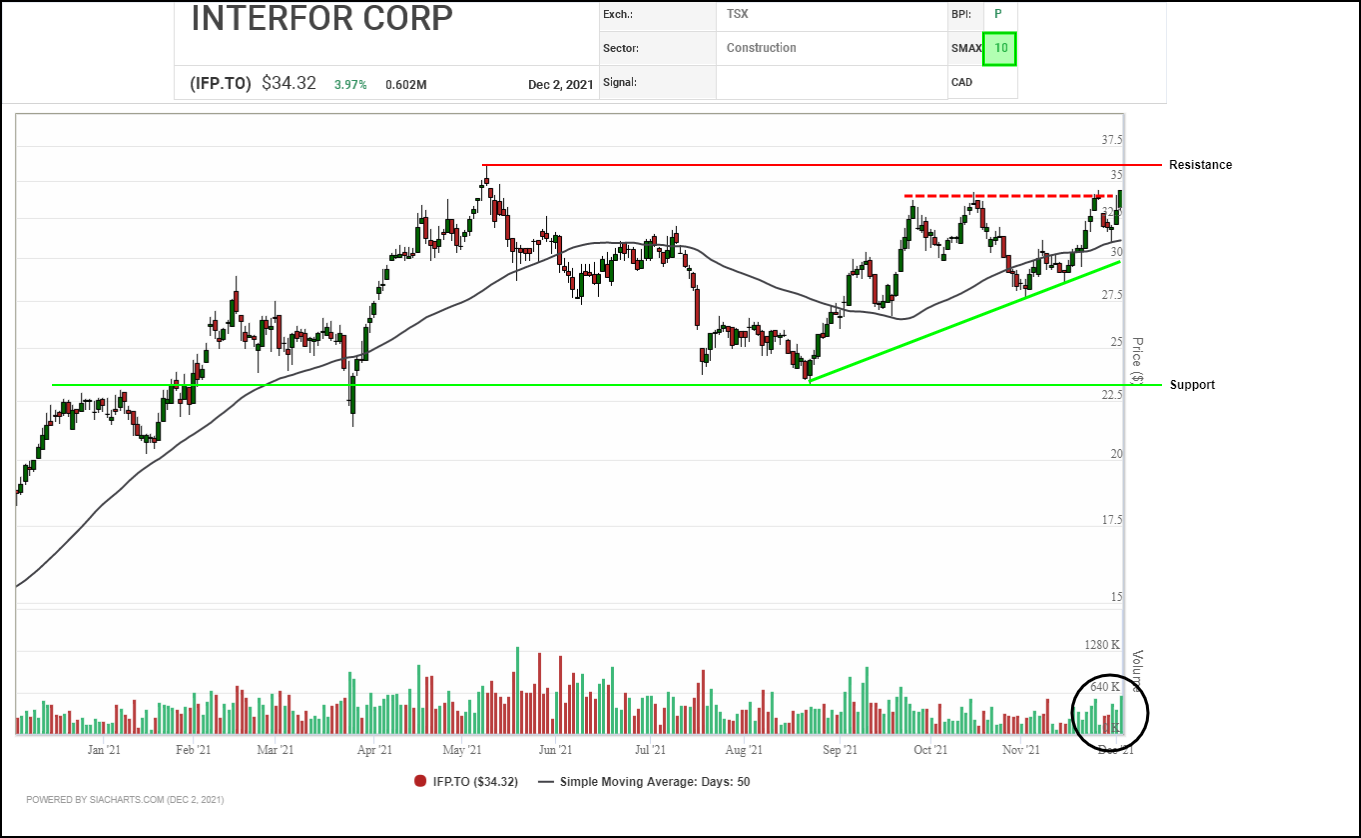 Interfor (IFP.TO) soared through the first part of this year, but since May, it has been stuck in a consolidation phase. An initial correction back in July, and the pullbacks which has followed it since, have been contained at increasingly higher lows, a sign of continuing underlying accumulation. Yesterday, the shares broke out over $33.65, completing a bullish Triple Top pattern. A follow-through breakout over $35.00 to a new high would confirm the start of a new upleg.

On a breakout, vertical and horizontal counts suggest next potential upside resistance on trend may appear near $38.65, then $41.00, around the $40.00 round number. A 3-box reversal suggests initial support appears near $31.10.

With a perfect SMAX score of 10, IFP.TO is exhibiting strength across the asset classes. 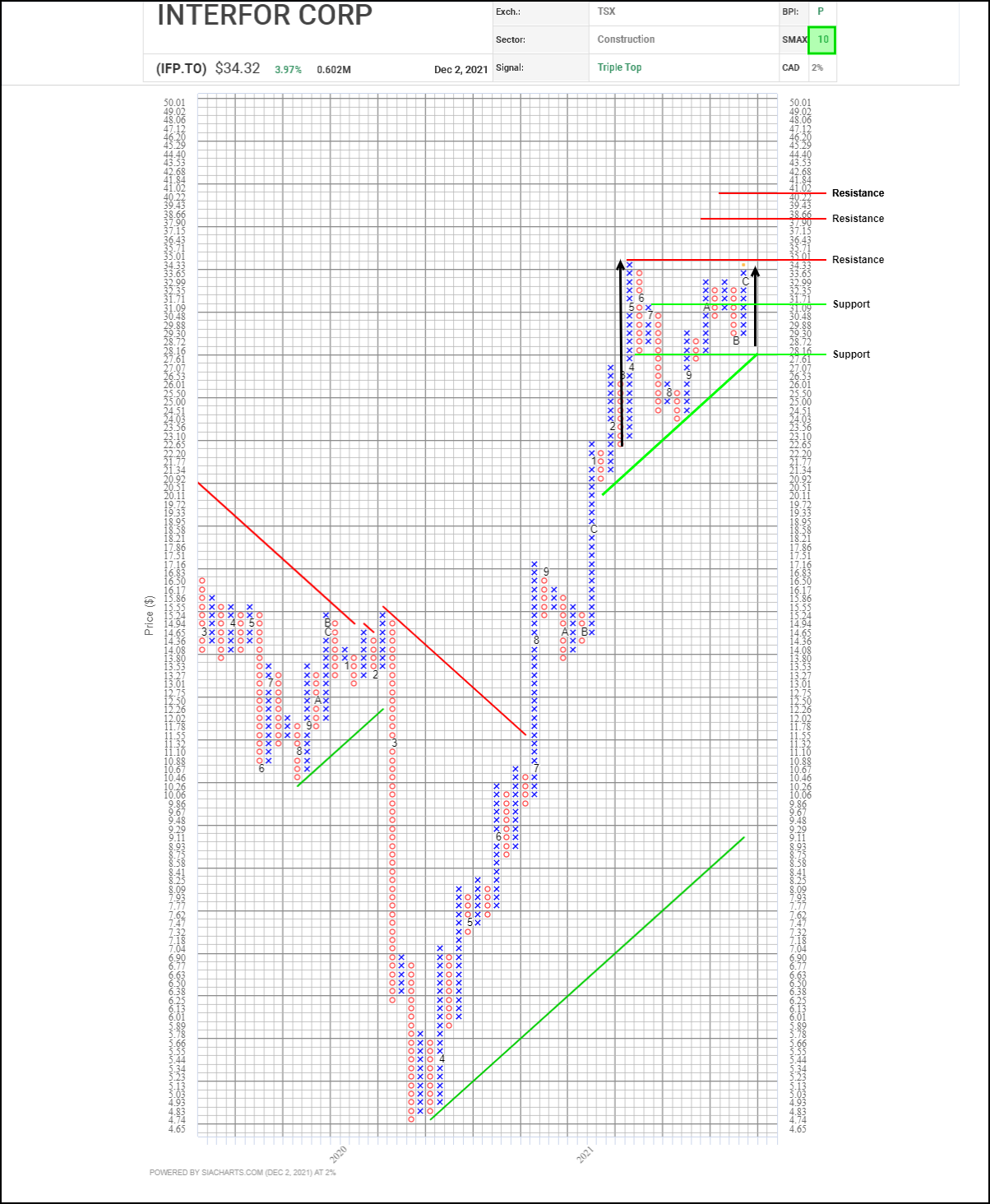