Real estate software producer Altus Group (AIF.TO) has returned to the Green Favored Zone of the SIA S&P/TSX Composite Index Report for the first time since May, continuing a climb back up the rankings which began in the red zone back in the summer. Yesterday, the shares finished in 46th place, up 21 spots on the day and up 49 positions in the last week.

A major breakout is underway in Altus Group shares. Through 2021, the shares have been advancing in a step pattern of rallies followed by periods of consolidation at higher levels. Last week, the shares rallied on increasing volume, a sign of accelerating accumulation, and broke out to a new high over $68.00, completing a bullish Ascending Triangle pattern and signaling the start of a new rally phase. 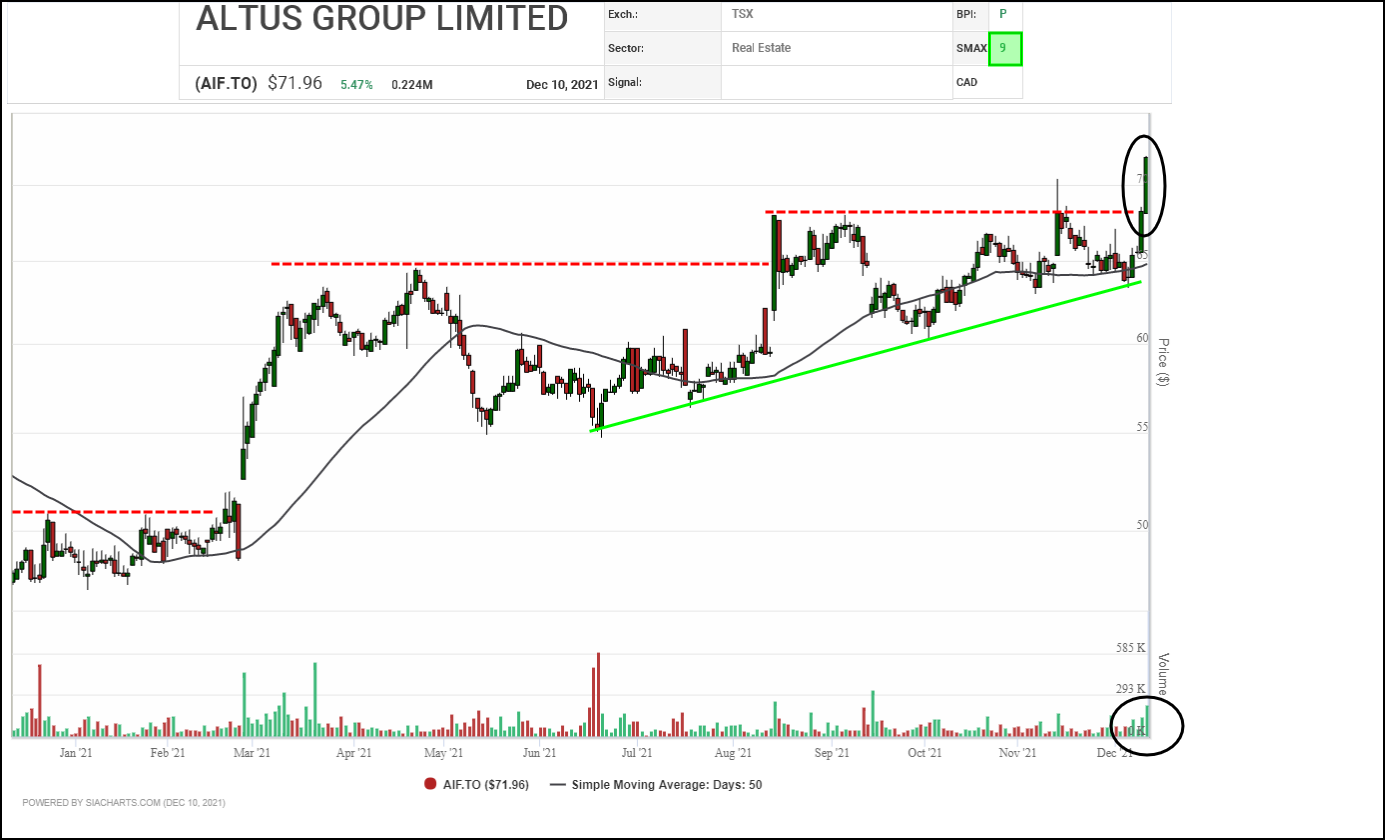 With the exception of a downdraft during the winter 2020 market meltdown, Altus Group (AIF.TO) shares have been under steady accumulation, advancing in a series of bullish high pole rallies followed by brief periods of consolidation that have consistently bottomed out at higher lows. Last week, the shares broke out to the upside once again, completing another bullish Double Top pattern and rallying to new all-time highs, signaling the start of a new upleg.

With a bullish SMAX score of 9, AIF.TO is exhibiting strength against the asset classes.