Furnace and air conditioner producer Trane Technologies (TT) returned to the Green Favored Zone of the SIA S&P 500 Index Report from a two-month drop into the yellow zone. Yesterday, Trane moved into 125th place, up 18 positions in the day and up 95 spots in the last month.

Back in October, a correction in Trane Technologies (TT) shares bottomed out with a successful retest of support near $170.00. Since then, they have been rebounding within a sideways range, regaining their 50-day average, snapping a downtrend line and recently regaining the $200.00 round number. The shares are currently approaching $206.00 channel resistance where a breakout would signal the start of a new advance.

Should a breakout confirm that the shares have resumed their primary uptrend, next potential resistance may appear near the $225.00 round number, followed by $230.00 and $242.00 both of which are based on measured moves. Should the shares falter, initial support in a pullback may appear near $190.00. 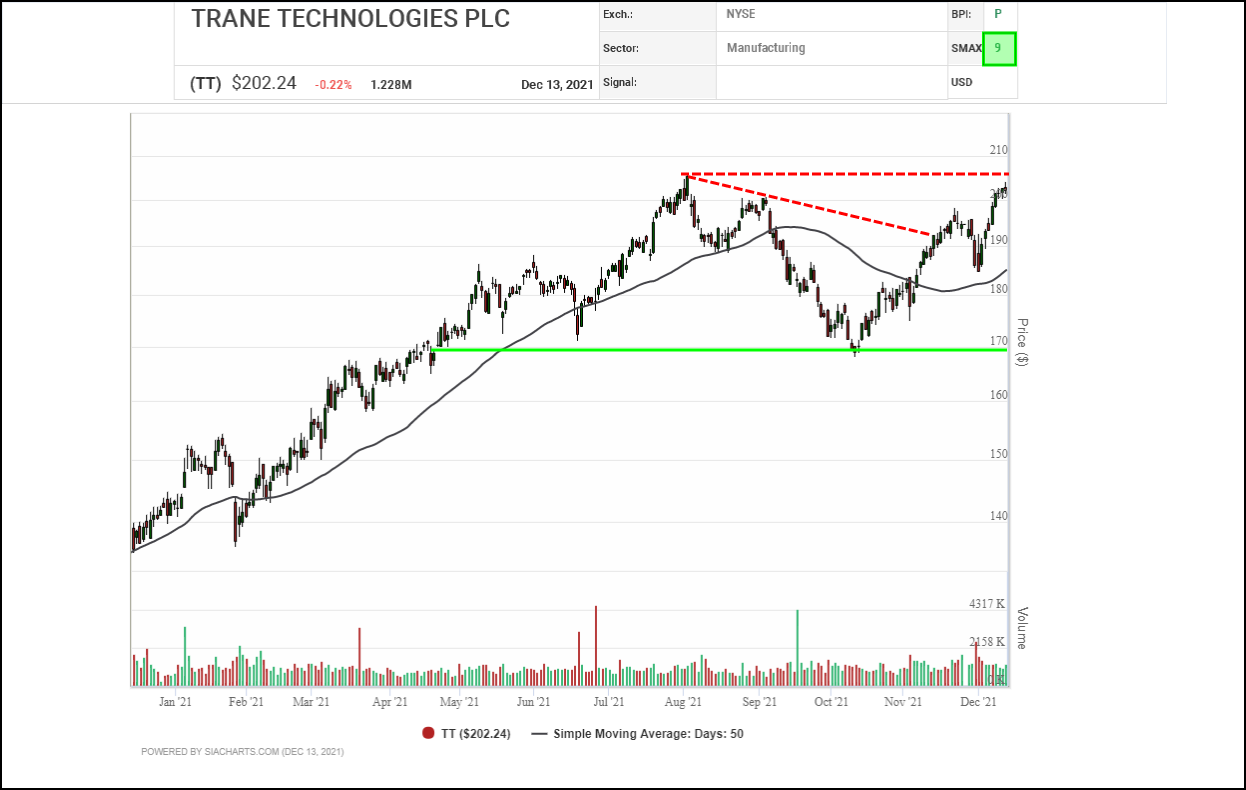 Trane Technologies (TT) continues to bounce back from a correction that saw it dip to a lower low back in October that triggered a bearish Double Bottom pattern by one box and then reversed, a classic bearish head fake. To call off the Double Bottom, the shares need to break through $208.30 which would then complete a bullish double top and signal the start of a new upleg.

On a breakout, next potential upside resistance appears near the $225.00 round number, followed by $244.05 and $253.90, around the $250.00 round number, both of which are based on vertical and/or horizontal counts. A failure would continue the current sideways range with initial support possible near $184.95 based on a 3-box reversal.

With a bullish SMAX score of 9, TT is exhibiting strength against the asset classes. 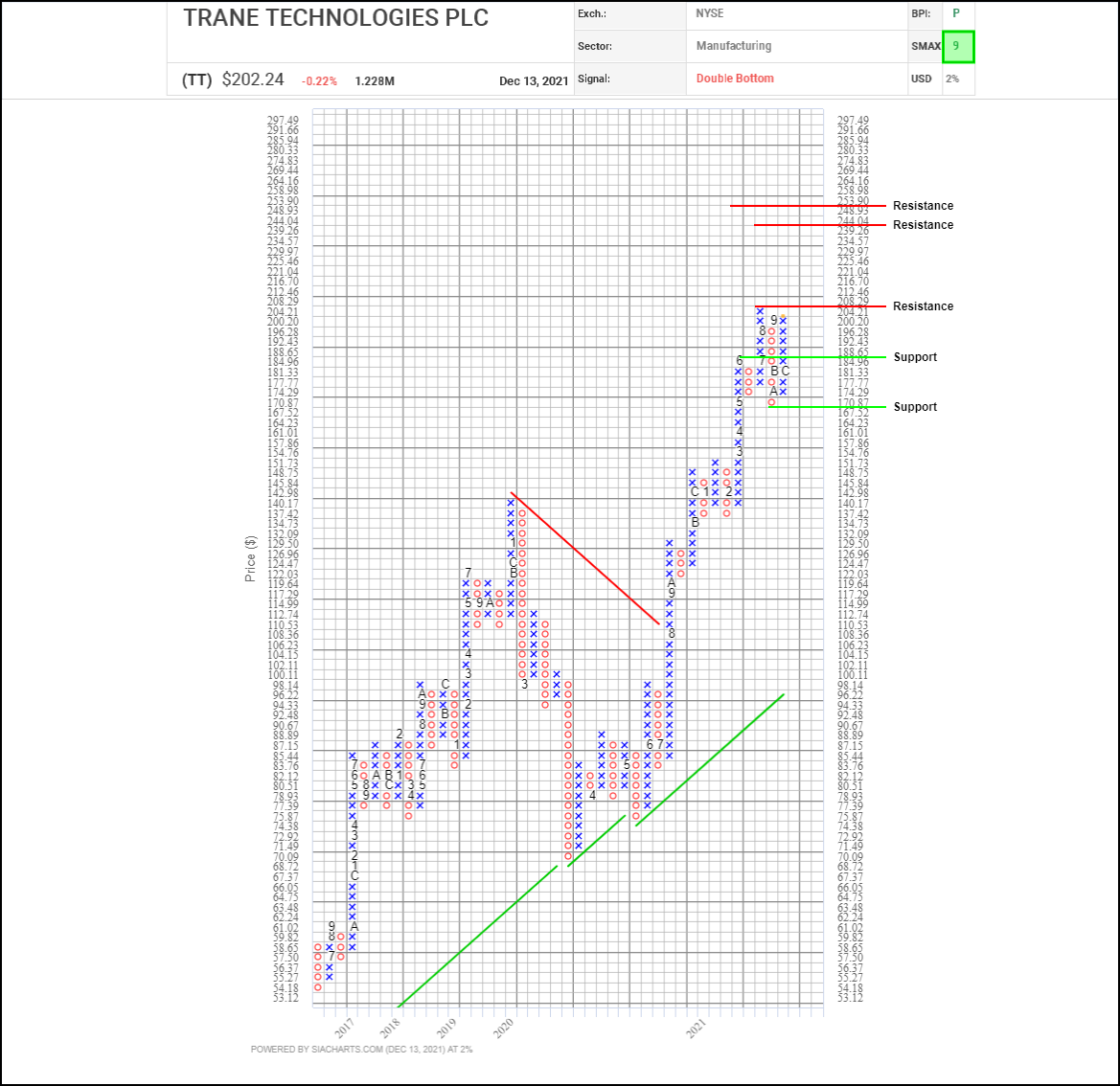