General Motors (GM) has tumbled down out of the green zone of the SIA S&P 500 Index Report, back down into the Yellow Neutral Zone as its relative strength deteriorates. On Friday, the shares fell 13 spots to 29th position after the shares fell 5.5%.

On several occasions since March, rallies in General Motors (GM) shares have run out of gas and sputtered to a stop in the $60.00 to $65.00 range. Recent trading suggests that the shares technical picture has worsened significantly. After touching a new high in November, the shares quickly faltered short of $65.00 once again. Last week, the shares turned decisively downward, first completing an unusual Head and Shoulders Top pattern by breaking an upward sloping neckline and taking out their 50-day moving average. On Friday, the shares then confirmed that breakdown with a breakaway gap to the downside, signaling that bears have moved in and selling pressure has increased.

With the shares coming under distribution, next potential downside support appears between previous lows near $48.00, and the $50.00 round number. Initial rebound resistance appears at the 50-day average near $59.25. 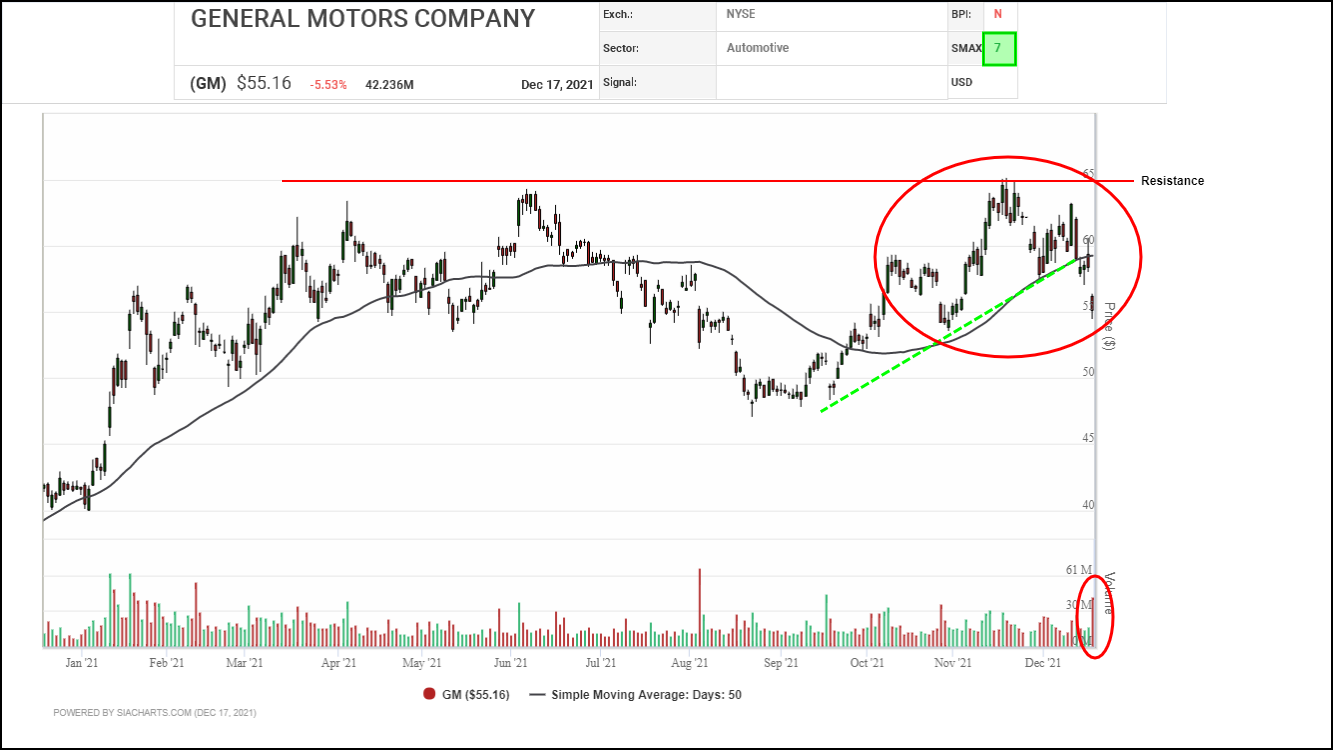 General Motors (GM) shares soared for over a year up off of the March 2020 market bottom, but since April, upward momentum has slowed and dominance has slowly shifted from accumulation to distribution. The first crack in the uptrend came back in August, but the shares were quickly able to recover. Although they did achieve a new high in October, it was only by one row before exhaustion set in and the shares faltered again. This month, GM has turned back downward recently completing a bearish Double Bottom breakdown.

Based on previous support levels, next potential downside support appears in the $50.45 to $48.50 zone, around the $50.00 round number, followed by $45.70 which is based on a horizontal count. Initial rebound resistance appears near $60.30 based on a 3-box reversal.

Although its SMAX score dropped to 7, GM is still exhibiting strength against the asset classes, but it is weakening. 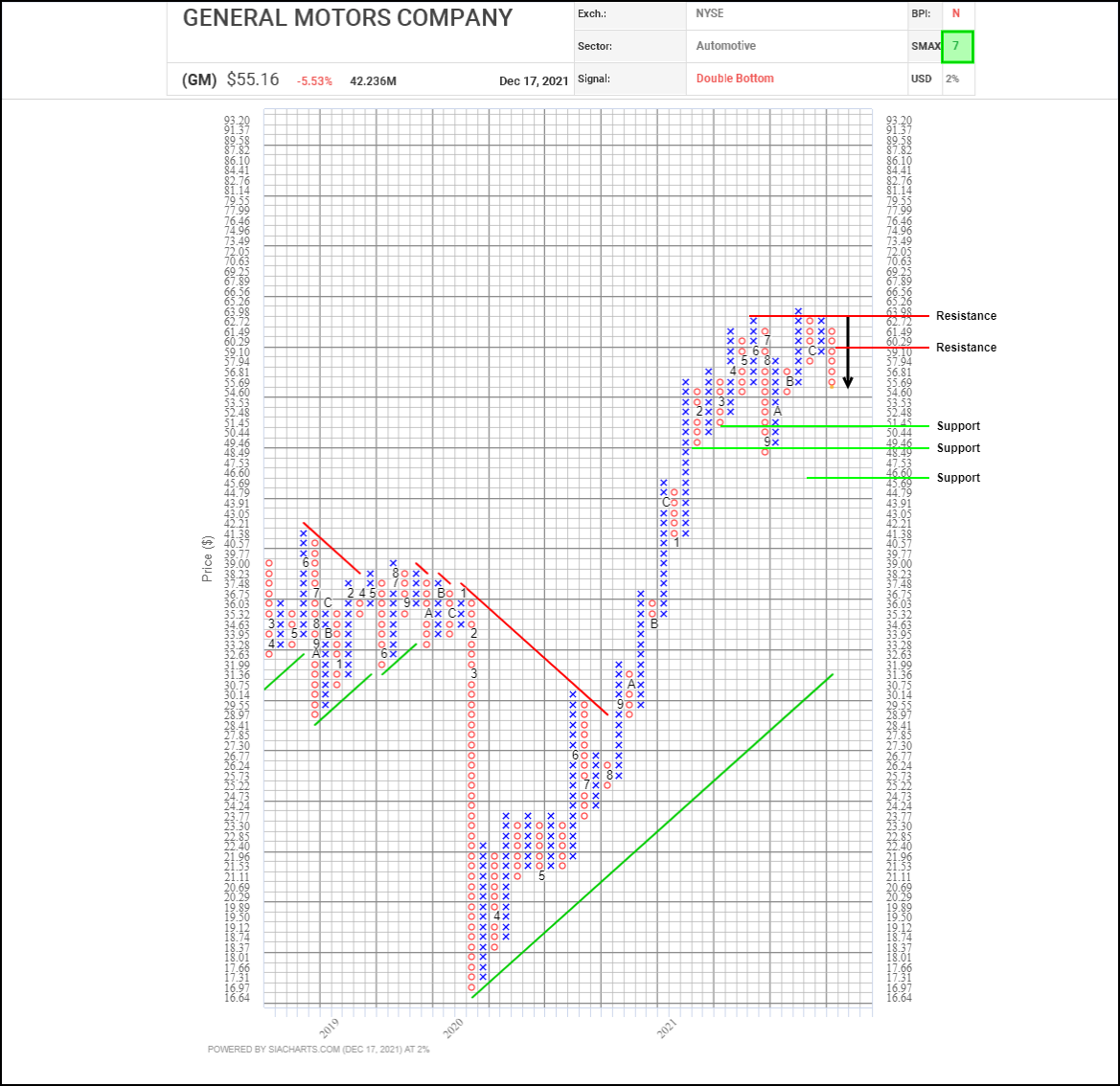