With defensive stocks attracting renewed interest, long-beleaguered drug store chain CVS Health (CVS) has been climbing back up the rankings in the SIA S&P 100 Index Report, and yesterday it returned to the Green Favored Zone for the first time since May of 2016, over 51/2 years. CVS finished yesterday in 19th place, up 6 spots on the day and up 16 positions in the last month.

Earlier this year, CVS Health (CVS) completed five years of base-building with a breakout over $75.00 which completed a bullish Ascending Triangle pattern. Since then, the shares have not only remained under accumulation this month, they have achieved some key milestones. This month, CVS has been climbing on growing volumes, a sign of increased investor interest, and have not only broken through their July 2015 peak to a new all-time high, they have climbed above 100.00 for the first time. 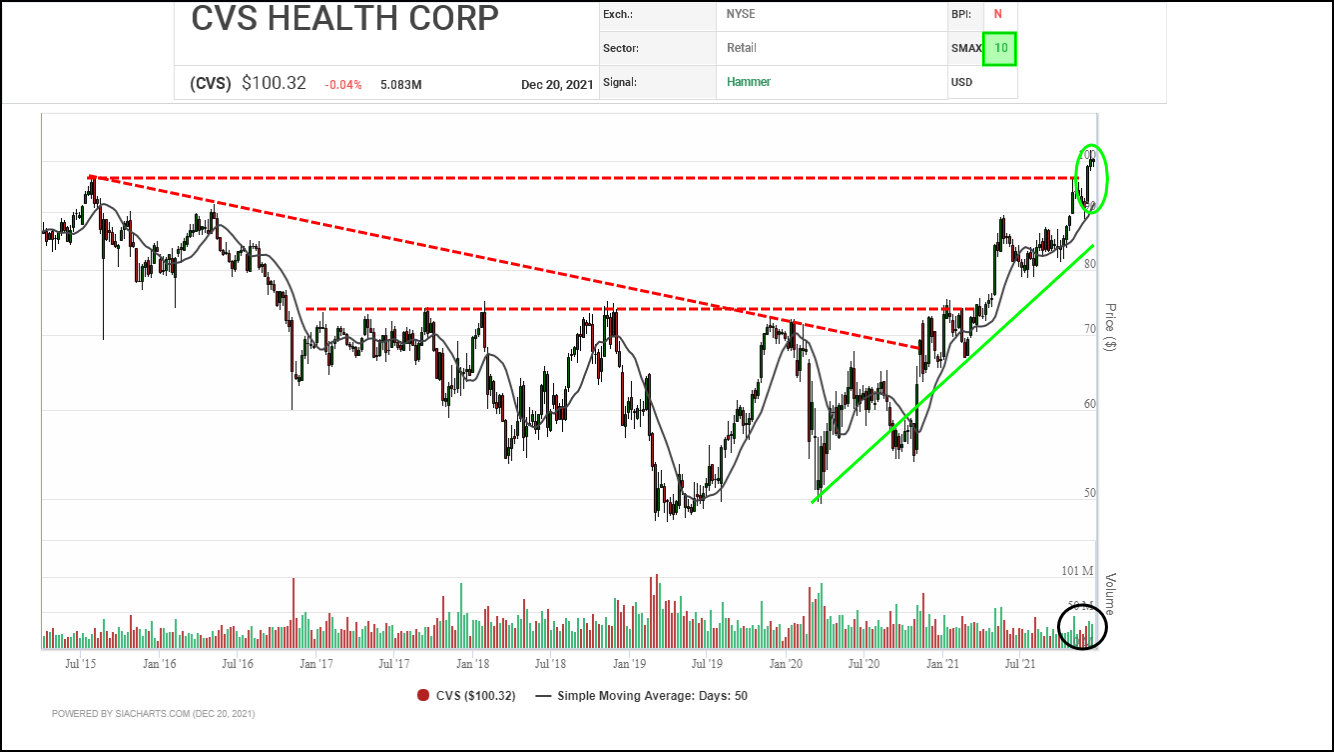 CVS Health (CVS) had spent over four years drifting sideways in a range between $50.00 and $75.00 when it finally staged a major breakout to the upside back in May. Since then, the shares haven’t looked back, establishing a new uptrend of higher lows and positive pattern completions. In recent days, the shares have completed a bullish Double Top to signal the start of a new upleg, and then achieved a big milestone, clearing the $100.00 round number barrier.

With a perfect SMAX score of 10, CVS is exhibiting strength across the asset classes. 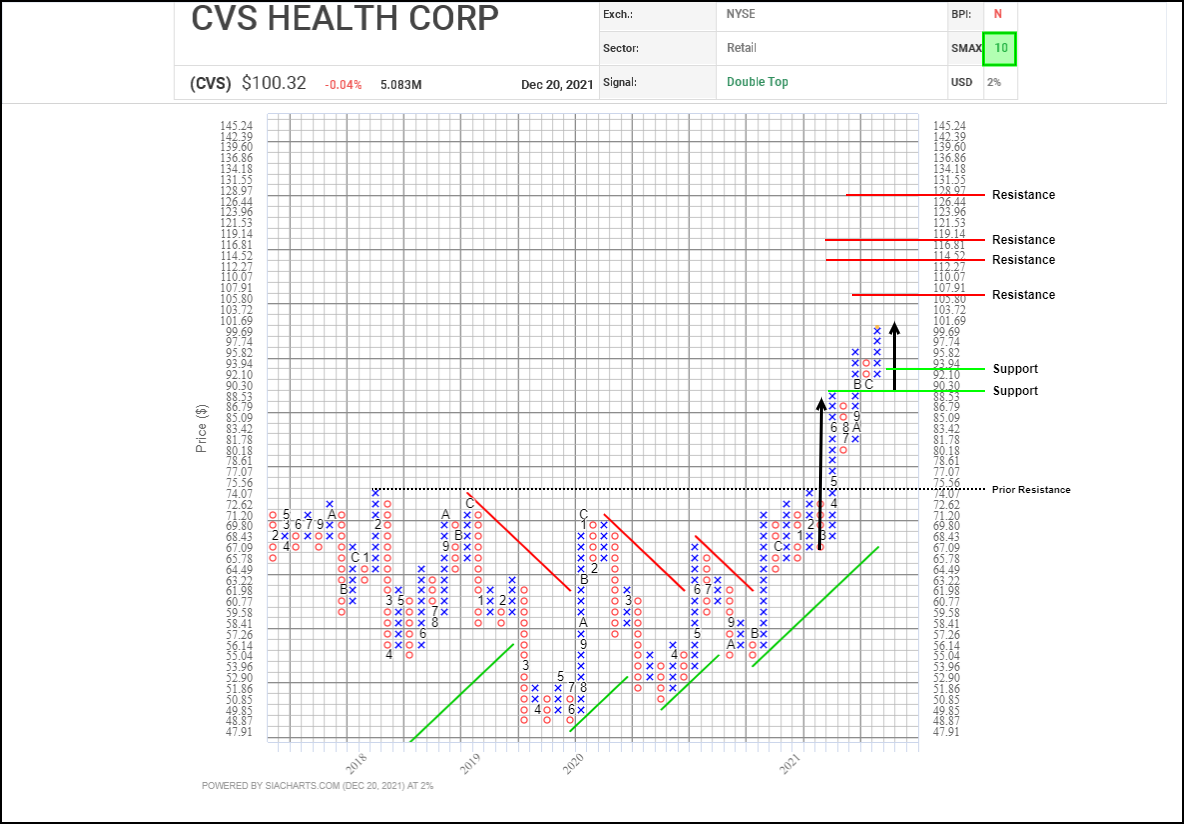