We finish the year with a change of pace. In the Daily Stock Report, we usually focus on stocks that are rocketing up/down the rankings in SIA Charts reports, entering/leaving the Green Zone or breaking out/down technically. There are stocks, however, which may be less flashy, but generate significant returns by remaining in the Favored Zone for an extended period of time.

Kimco Realty (KIM) is a US shopping mall REIT, which has been in the Green Favored Zone of the SIA S&P 500 Index Report since January. Over that time, KIM has returned 43.9%. KIM continues to slowly and steadily climb up in the rankings moving up another 2 positions yesterday to 46th place.

Kimco Realty (KIM) shares started the year off strong and appear set to finish the year off strong as well. After steadily advancing through the first half of the year, KIM shares paused for a rest over the summer. An October breakout over $22.00 completed a bullish Ascending Triangle pattern, which was followed by a rally toward $24.25. In recent weeks, the shares had paused to digest their breakout with the $22.00 breakout point reversing polarity to become support. Yesterday, the shares closed at an all-time high above $24.50 signaling that a new upleg has commenced. 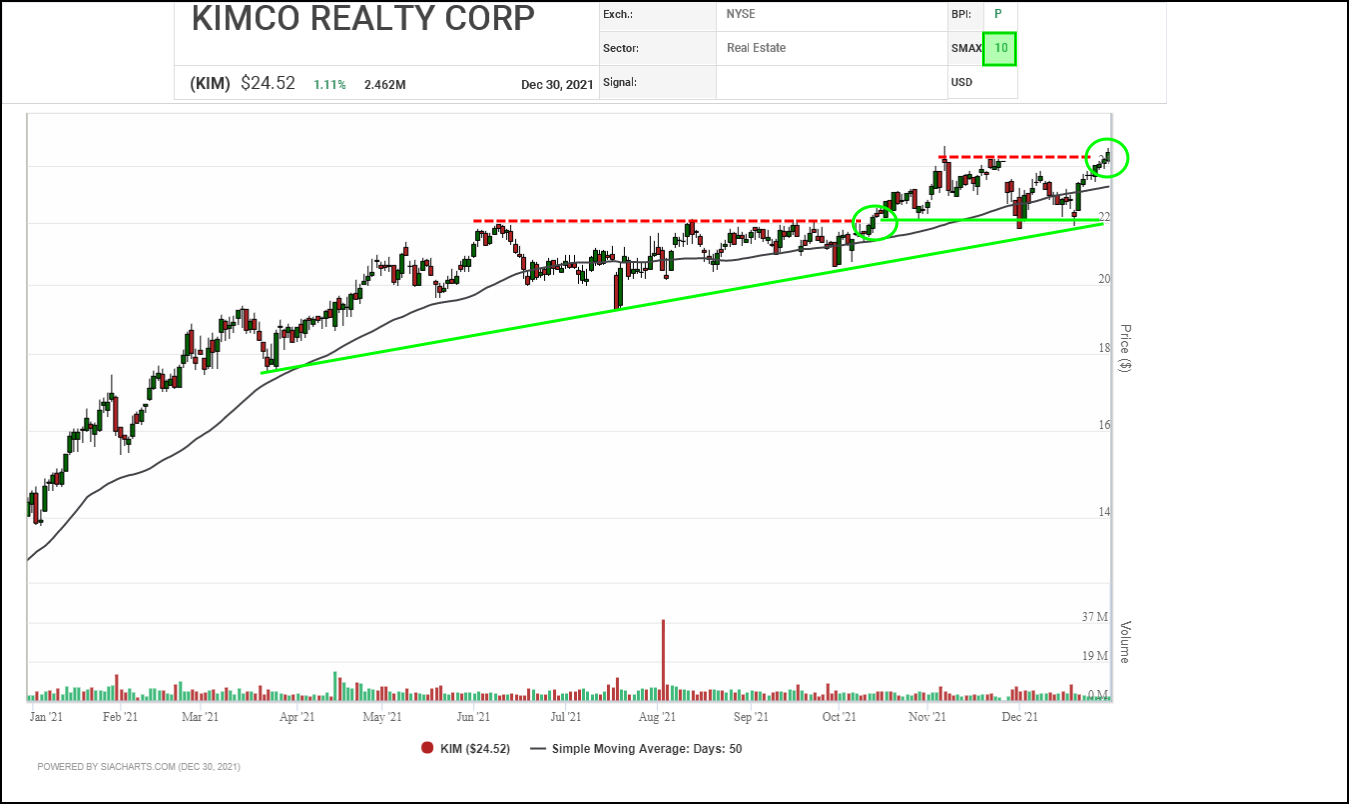 For over a year, Kimco Realty (KIM) has been under accumulation, steadily advancing through a series of bullish High Pole rallies, positive pattern completions and higher lows, separated by a series of pauses at higher levels. This month, the shares have completed another consolidation phase and started a new rally phase with a recent breakout to a new high over $24.30 which completed a bullish Double Top pattern. Vertical and horizontal counts suggest potential upside resistance tests on trend near $26.90, $29.70 and $31.50. Initial support appears near $22.50 based on a 3-box reversal.

With a perfect SMAX score of 10, KIM is exhibiting strength across the asset classes. 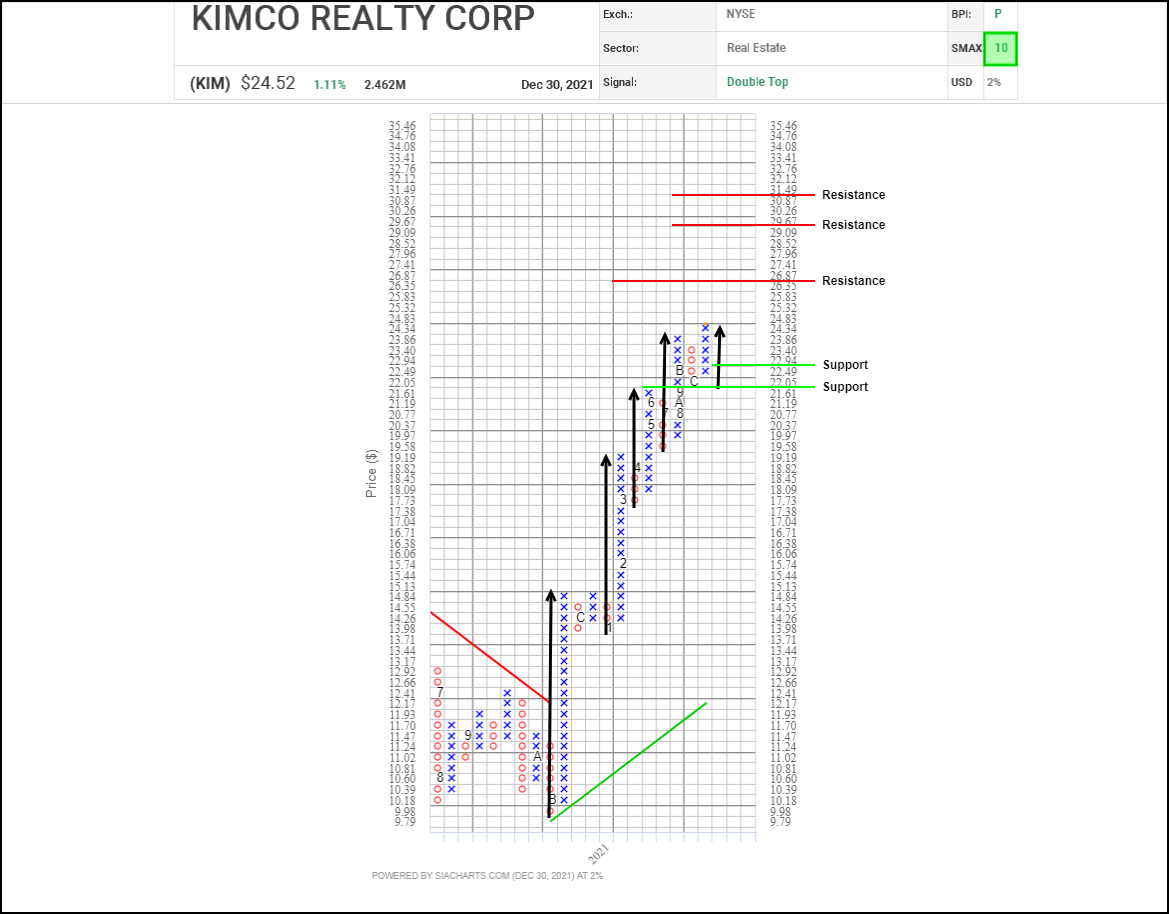