Since we last mentioned lumber producer Interfor Corp* in the December 3rd issue of the Daily Stock Report, the shares have gained 17.1%, including a 13.5% jump yesterday. Lumber prices have rebounded lately, and were highlighted in the December 13th issue of Equity Leaders Weekly, sparking renewed interest in related stocks.

Interfor* returned to the Green Favored Zone of the SIA S&P/TSX Composite Index Report at the beginning of this month and has continued to climb up the rankings. Yesterday it finished in 9th place, up 11 spots on the day and up 60 positions in the last month.

A major breakout is underway in Interfor (IFP.TO) shares. Recovering from a spring selloff, the shares have been steadily recovering lost ground since August, forming a bullish Ascending Triangle pattern of higher lows below $36.00. Yesterday, the shares blasted through that barrier to a new all-time high on a spike in volume, indicating a surge in investor interest. The shares continued to climb up through $40.00, confirming that a new upleg has started within a long-term bullish trend.

A measured move from the Ascending Triangle suggests next potential resistance on trend may appear near $48.50, close to the $50.00 round number. Initial support moves up to the $36.00 breakout point.

*Shares of Interfor are held in some portfolios managed by SIA Wealth Management. 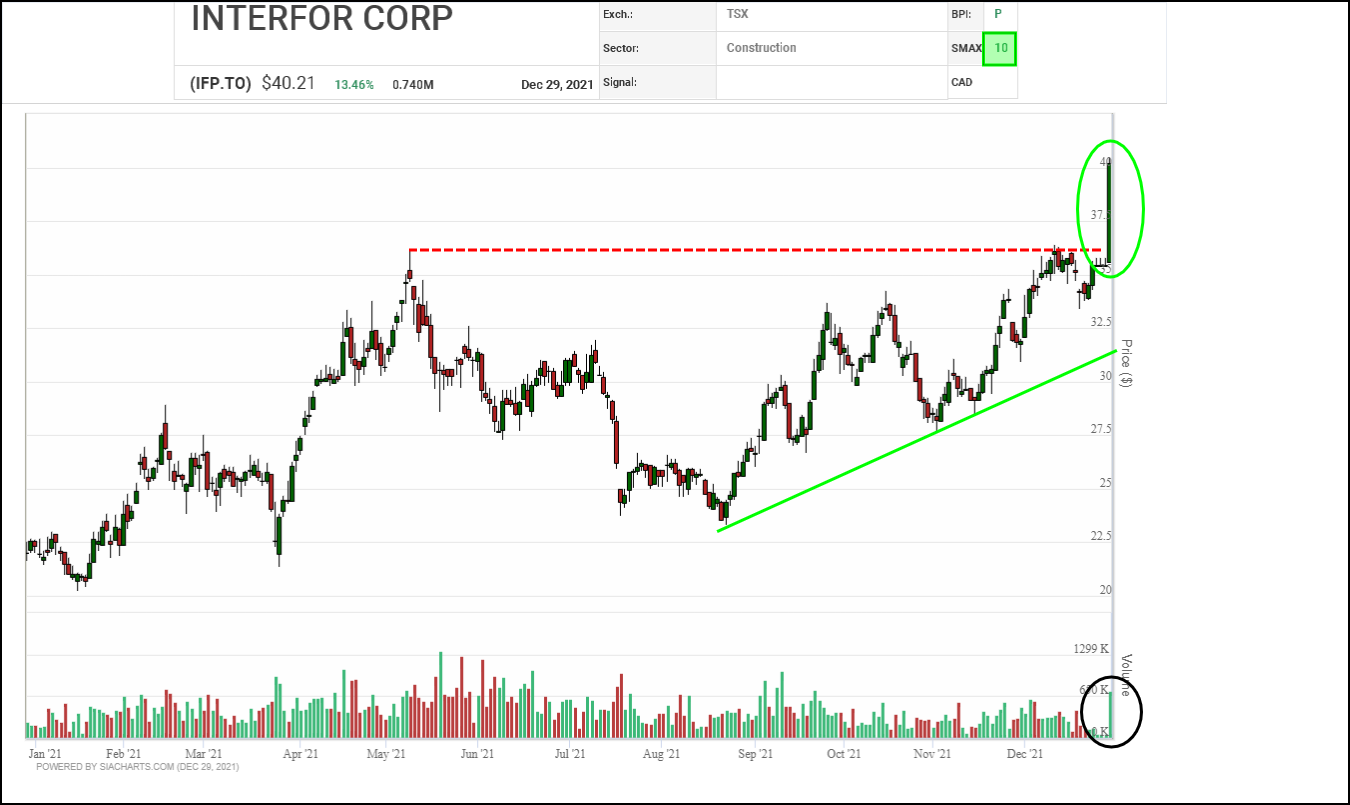 A bullish Triple Top breakout earlier this month by Interfor* (IFP.TO) initially attracted our attention. Since then, the shares have continued to climb with the current column evolving into a bullish High Pole. Clearing the May peak near $35.00 confirmed that six months of consolidation had been successfully completed and that a new rally phase was underway.

With a perfect SMAX score of 10, IFP.TO is exhibiting strength across the asset classes.

*Shares of Interfor are held in some portfolios managed by SIA Wealth Management. 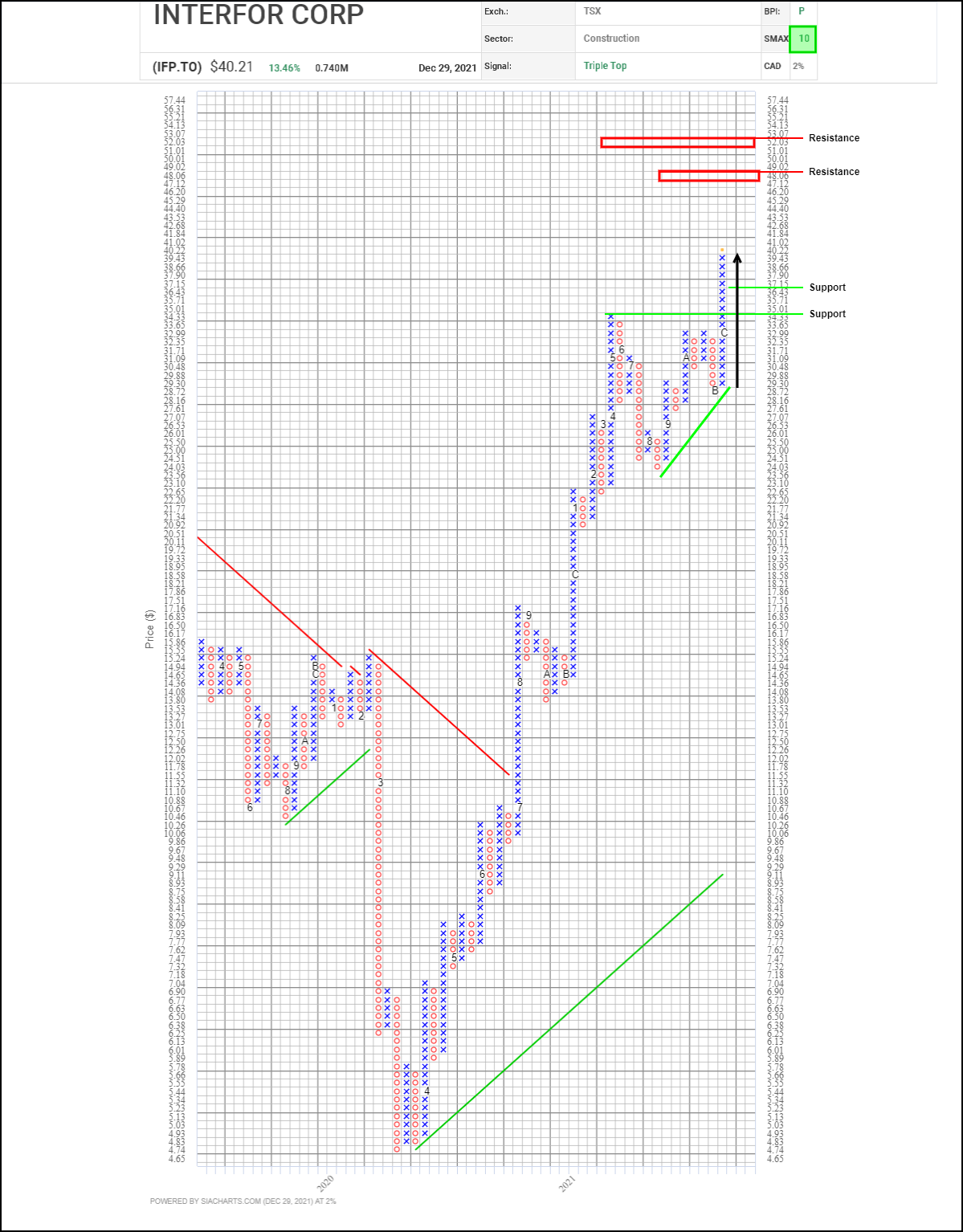