Lumber and pulp producer Canfor (CFP.TO) has been steadily climbing back up the rankings in the SIA S&P/TSX Composite Index Report since bottoming out in August. This week, Canfor has returned to the Green Favored Zone for the first time since June. Yesterday it finished in 44th place, up 10 spots on the day and up 30 positions in the last month.

Late last week, Canfor (CFP.TO) shares staged a major breakout, decisively closing above $30.00 for the first time since May and completing a bullish Ascending Triangle base pattern which had been forming since August. Since then, $30.00 has reversed polarity to become initial round number and breakout point support.

With a new upswing underway, initial resistance appears at the previous peak near $35.00 where a breakout would confirm that accumulation has resumed. A measured move from the triangle suggests next potential resistance tests after that may appear closer to $37.00 and $44.00 with the $40.00 round number in-between them. 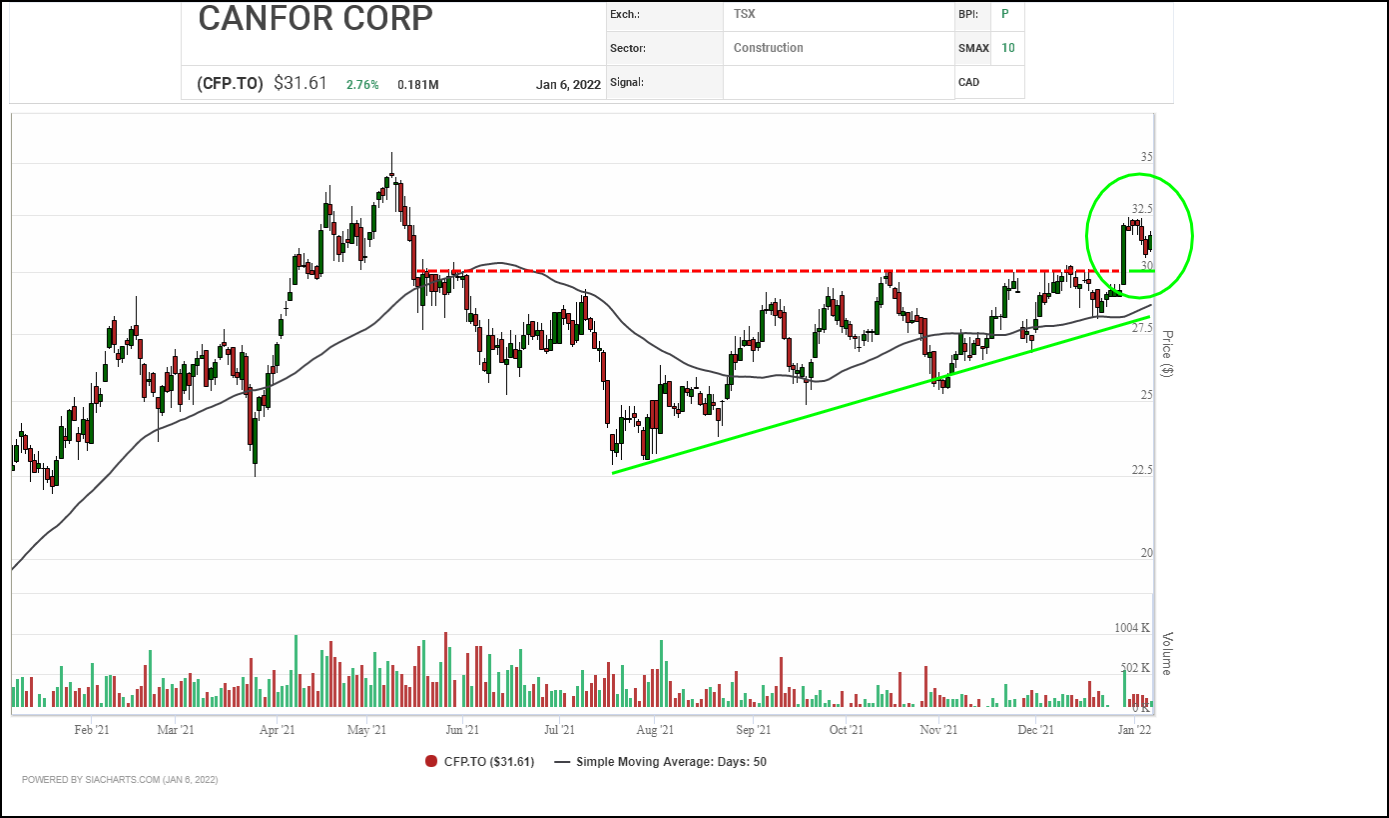 Since a spring correction bottomed out in August, Canfor (CFP.TO) shares have been steadily recovering lost ground with higher lows indicating renewed accumulation. This week, the shares upswing has accelerated with the completion of a bullish Spread Double Top pattern, adding to the previous Double Top and Triple Top breakouts.

Initial upside resistance appears at the May peak near $34.90 where a breakout would confirm that the shares’ primary uptrend has resumed. Should that occur, horizontal counts suggest next potential resistance tests may appear near $39.30, $42.50 and $46.95 on trend. Initial support appears near $29.15 based on a 3-box reversal.

With a perfect SMAX score of 10, CFP.TO is exhibiting strength across the asset classes. 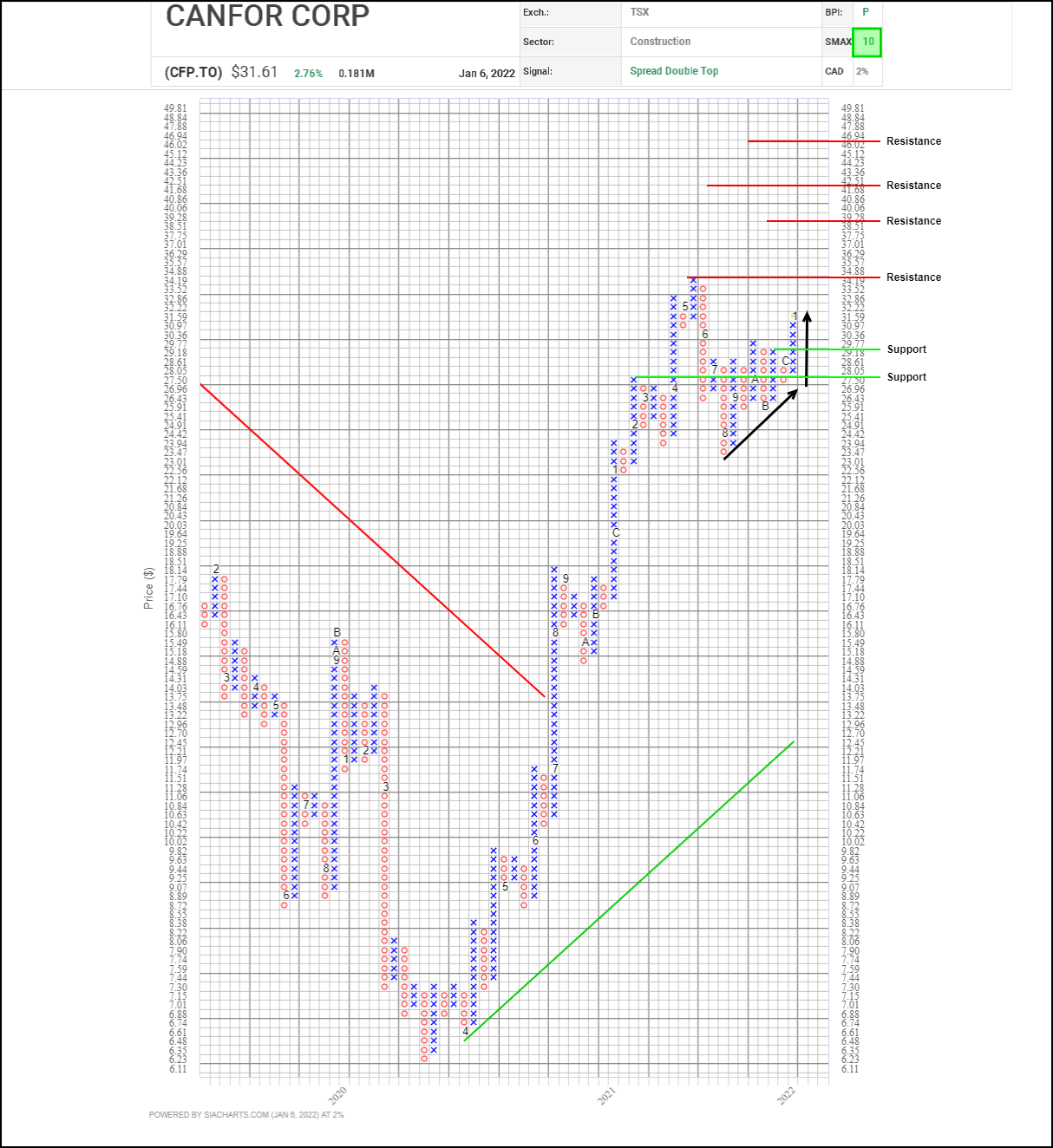