With the exception of a few brief dips into the yellow zone, Bank of Montreal (BMO.TO) has been in the Green Favored Zone of the SIA S&P/TSX Composite Index Report for the last year. Recently, BMO.TO has been moving up in the rankings, finishing Friday in 8th place, up 3 spots on the day.

For over a year, Bank of Montreal (BMO.TO) shares have been under steady accumulation, climbing in a step pattern of rallies followed by pauses at consistently higher levels. Back in October, the shares broke out over $130.00 and rallied toward $141.50 before levelling off. Last month, the shares successfully retested their previous breakout point as new support and then used it as a launching point for a new advance.

On Friday, BMO.TO broke out to a new all-time high, signaling the start of a new rally phase, and confirming that its underlying uptrend remains intact. A measured move from previous consolidation ranges suggests potential upside resistance near $150.00, then $152.50, $160.00, and $163.50 on trend. Initial support moves up to the 50-day average near $137.50. 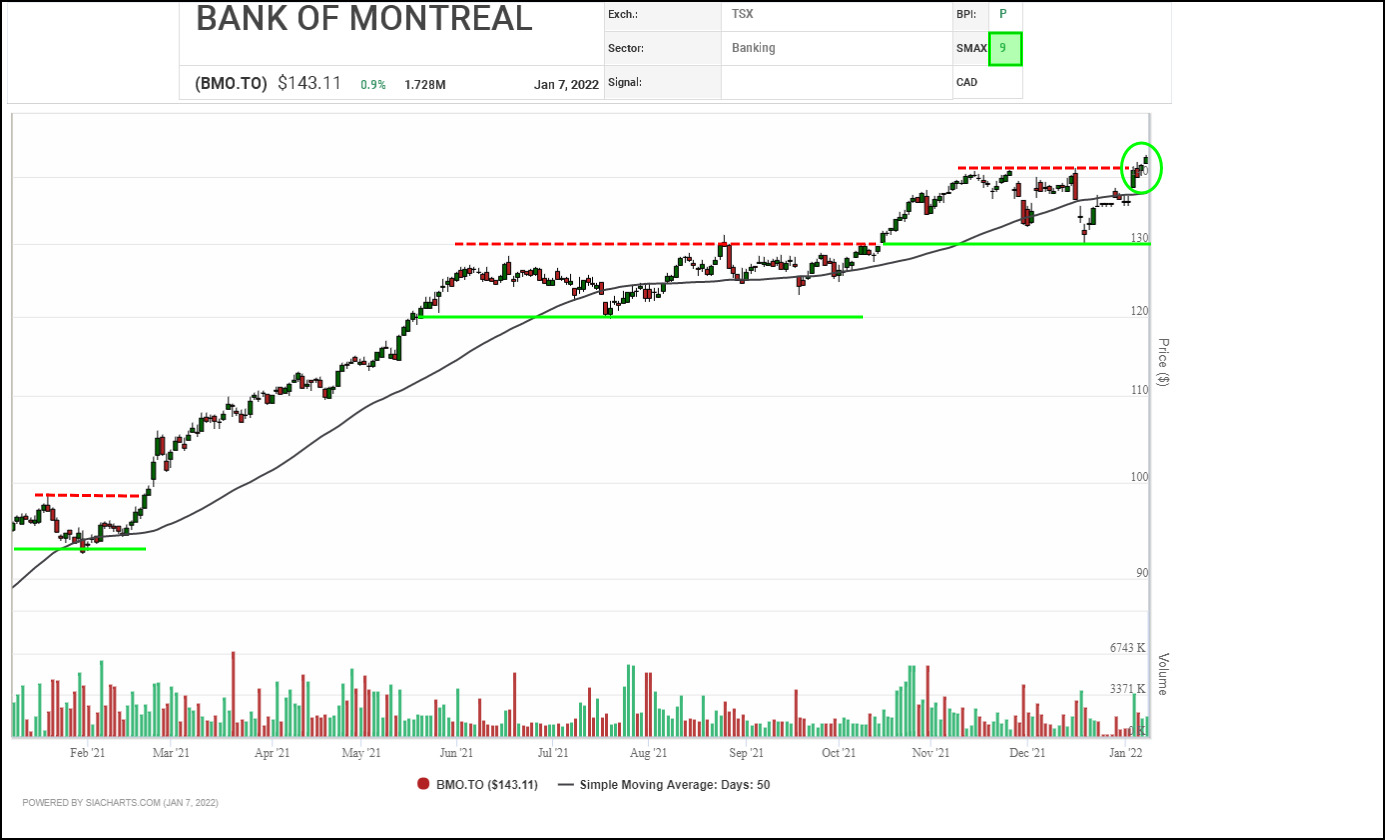 Bank of Montreal (BMO.TO) spent over a year from the fall of 2020 through to the fall of 2021 under very steady accumulation, consistently advancing and forming a bullish High Pole. At the end of the year, BMO.TO staged a small 3-box correction. Last week, the shares broke out to a new all-time high, with a bullish Double Top breakout signaling the start of a new upleg.

With a bullish SMAX score of 9, BMO.TO is exhibiting strength against the asset classes. 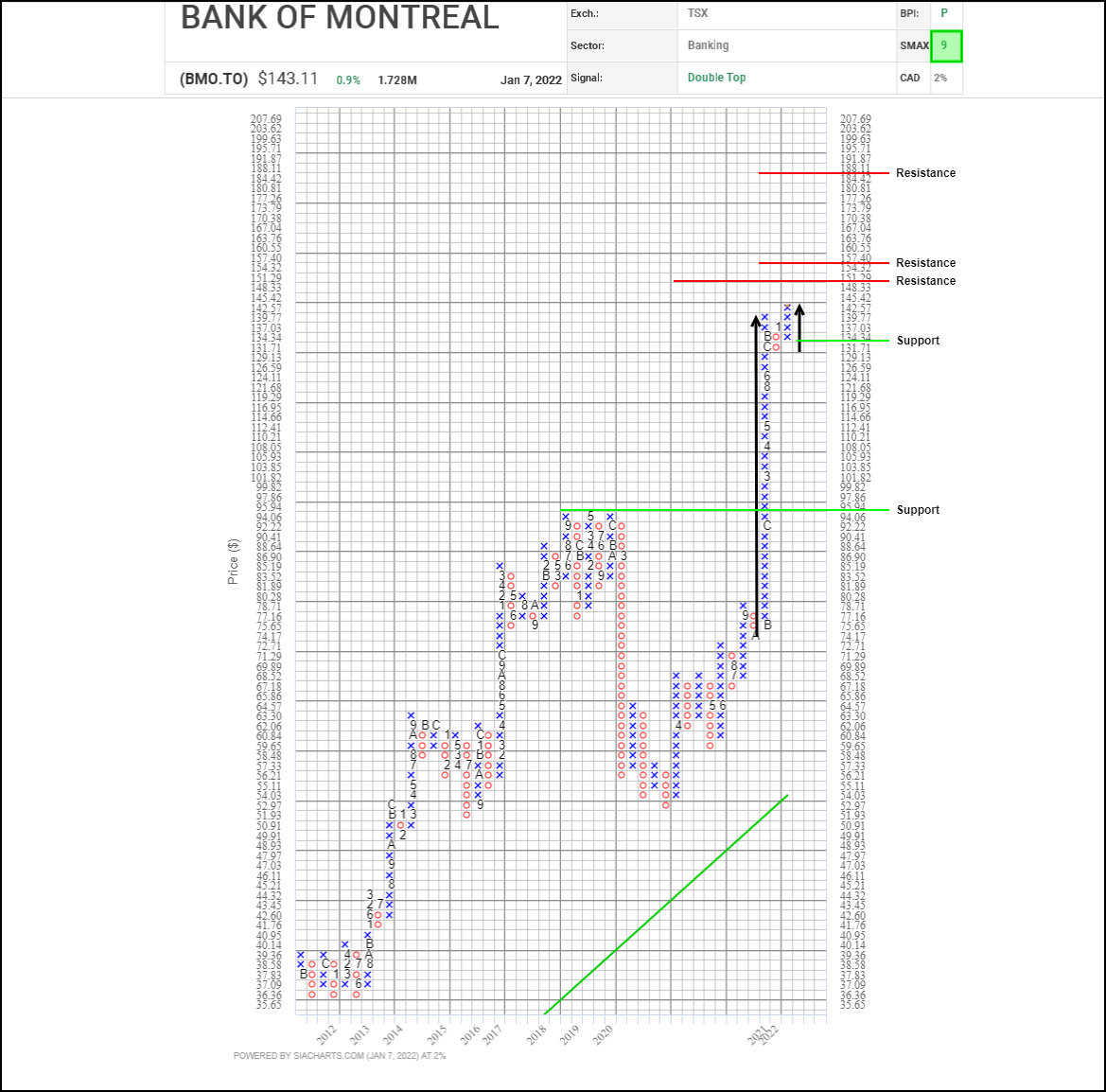