Insurance companies have been attracting renewed interest along with banks lately. Yesterday, MetLife (MET) returned to the Green Favored Zone of the SIA S&P 100 Index Report for the first time in about six months, continuing an upswing in the rankings which started in August. Yesterday the shares finished in 25th spot, up 4 places on the day and up 15 positions in the last month.

MetLife (MET) shares have staged a major breakout this week. The shares had spent the last six months consolidating previous gains in a sideways range between $54.50 and $66.50 and have been climbing up off of a successful retest of $67.50 for the last several weeks. 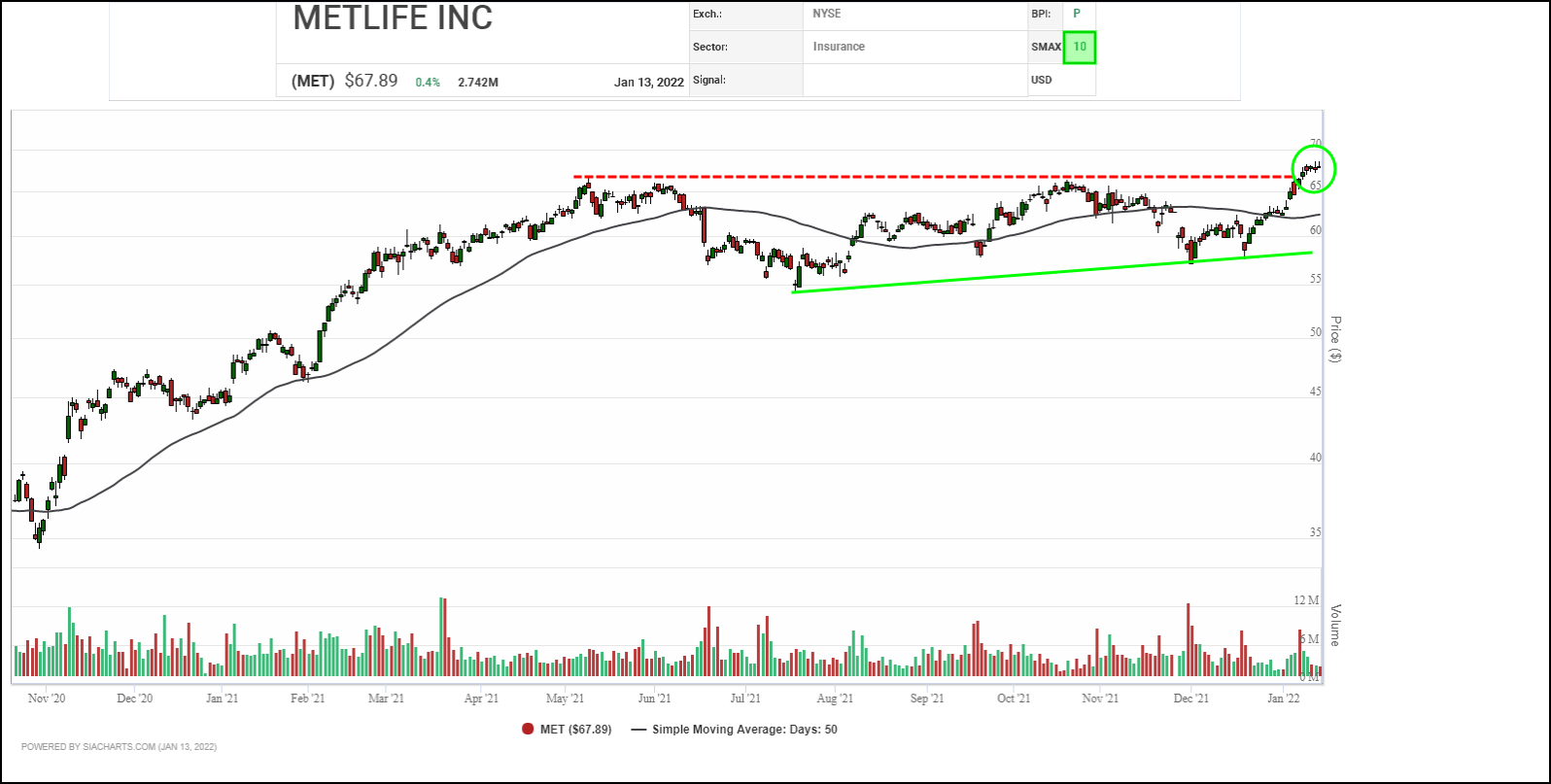 Between October of 2020 and June of 2021, MetLife (MET) shares nearly doubled mainly through two bullish High Pole advances. In the second half of 2021, upward momentum slowed as the shares digested previous gains. A continuing upward trend of higher lows indicated that underlying support remained intact through this consolidation period.

This week, MetLife has broken out to the upside once again, completing a bullish Double Top pattern and trading at new all-time highs to signal the start of a new upleg. Horizontal and vertical counts suggest next potential resistance near $82.05 and $90.60. Initial support appears near $63.45 based on a 3-box reversal.

With a perfect SMAX score of 10, MET is exhibiting strength across the asset classes. 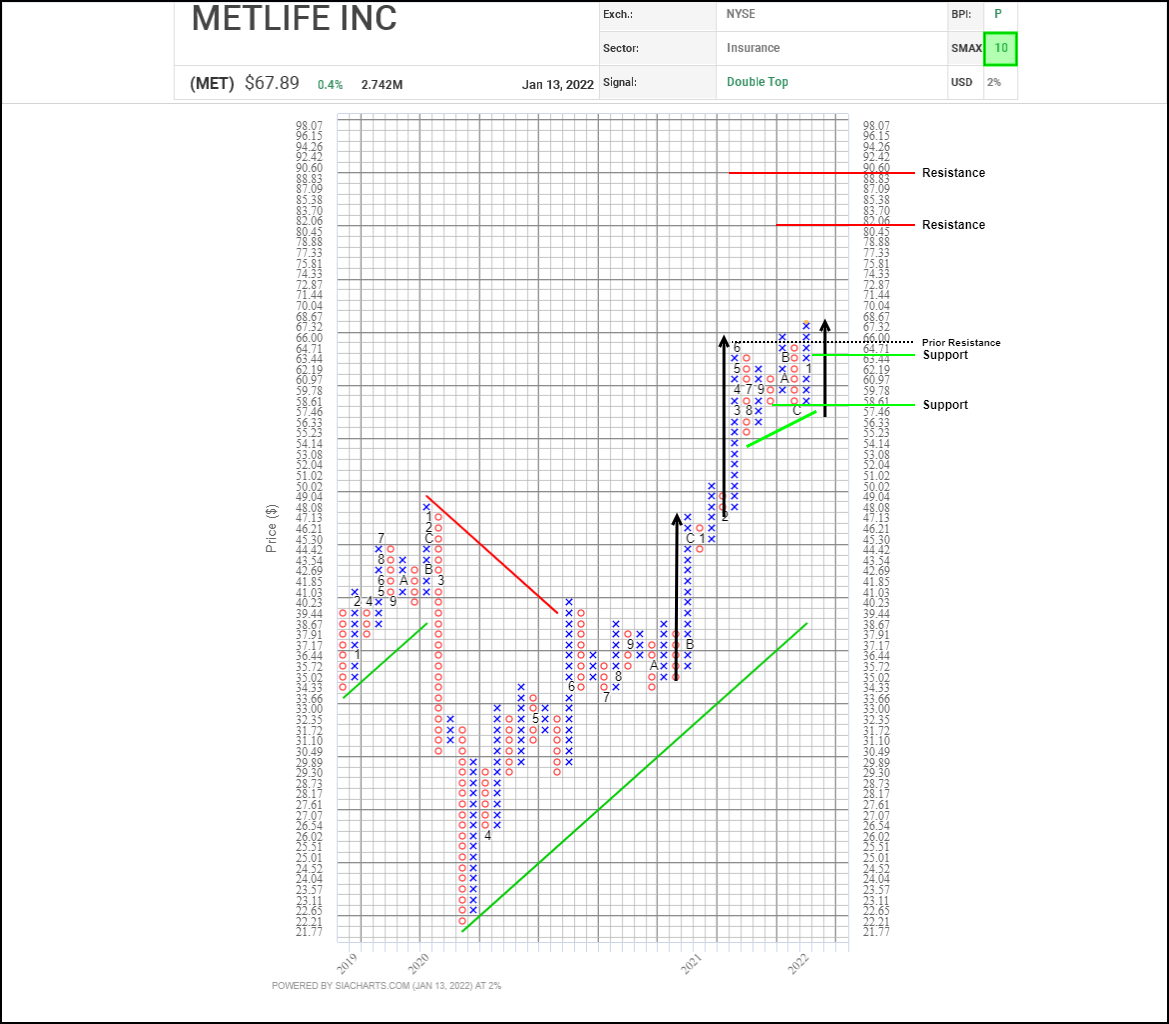