For over a year, National Bank of Canada * (NA.TO) has been in the Green Favored Zone of the SIA S&P/TSX 60 Index Report, but they have been drifting downward since August. Currently the shares appear to be bouncing up off the bottom of the Green Zone, having moved up 1 spot on Friday to 13th place.

Back in December, a correction in National Bank of Canada* (NA.TO) shares was contained by support at a previous low near $93.25. Since then, the shares have been bouncing back and their technical situation has improved. Last week, the shares regained their 50-day moving average near $99.00 (which reverses polarity to become initial support and then the $100.00 round number.

Initial resistance remains in place at the November high near $105.00, the top of the current range. A breakout there would signal that the current consolidation phase has ended and the shares longer-term uptrend has resumed. Should that occur, a measured move suggests next potential upside resistance may appear near $116.75. 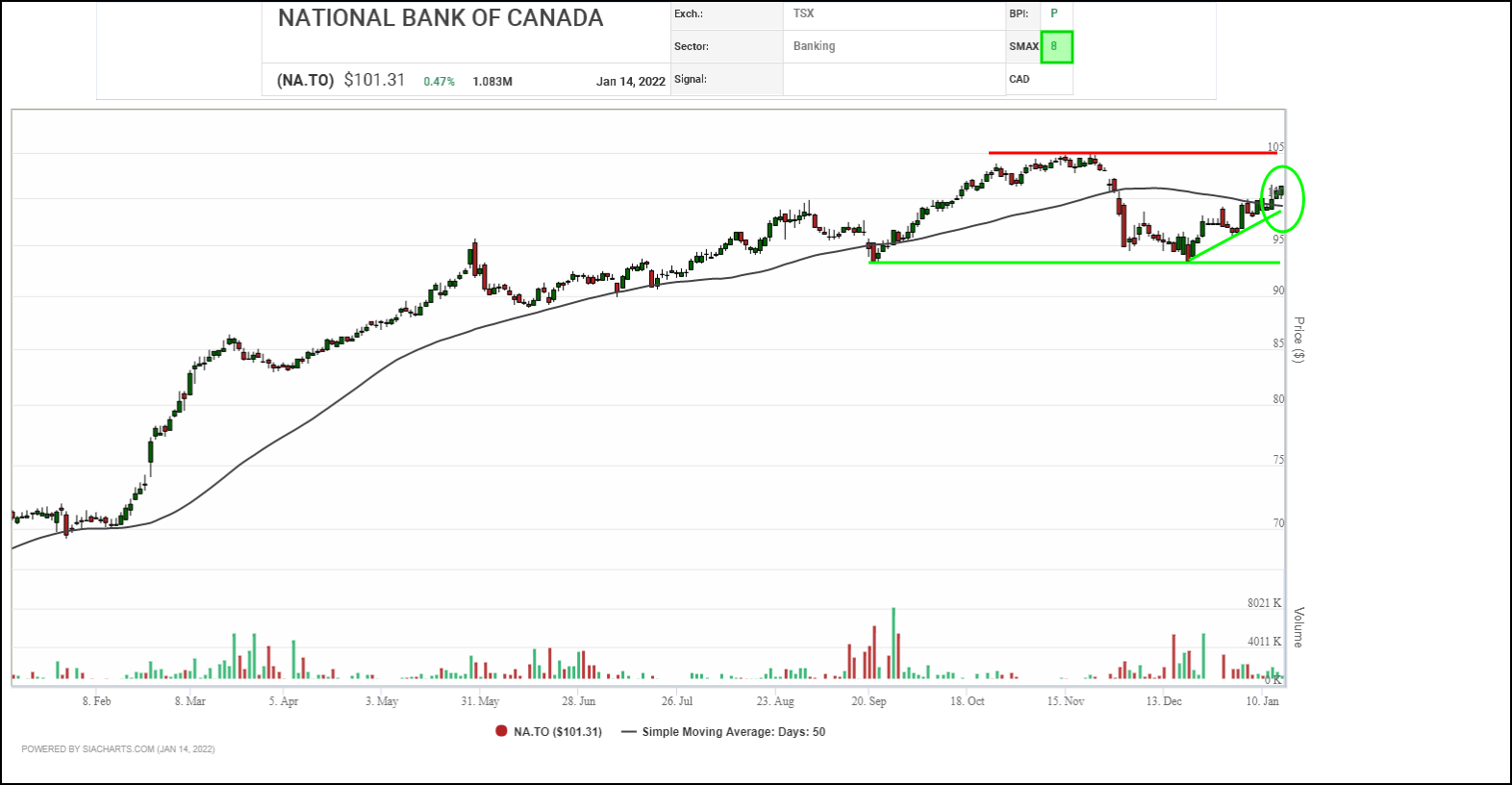 National Bank of Canada* (NA.TO) spent nearly all of 2021 in a bullish High Pole advance not staging any corrections until late in the year. The shares did pull back late in the year but have bounced up off of a higher low into January and currently appear to be forming a symmetrical triangle, a neutral pattern that indicates a consolidation phase within a larget trend, in this case an upward trend.

A move above $103.75 would snap the downtrend, but it would take a breakout over $105.80 to a new high in order to complete a bullish double top and signal the start of a new advance. Should that occur horizontal counts suggest next potential resistance on trend could appear near $112.50 and $134.15. Conversely, a drop below $92.10 would complete a bearish double bottom pattern and signal the start of a new downtrend with next potential support near $85.10 based on a pending horizontal count.

With its bullish SMAX score increasing to 8, NA.TO is exhibiting strength against the asset classes. 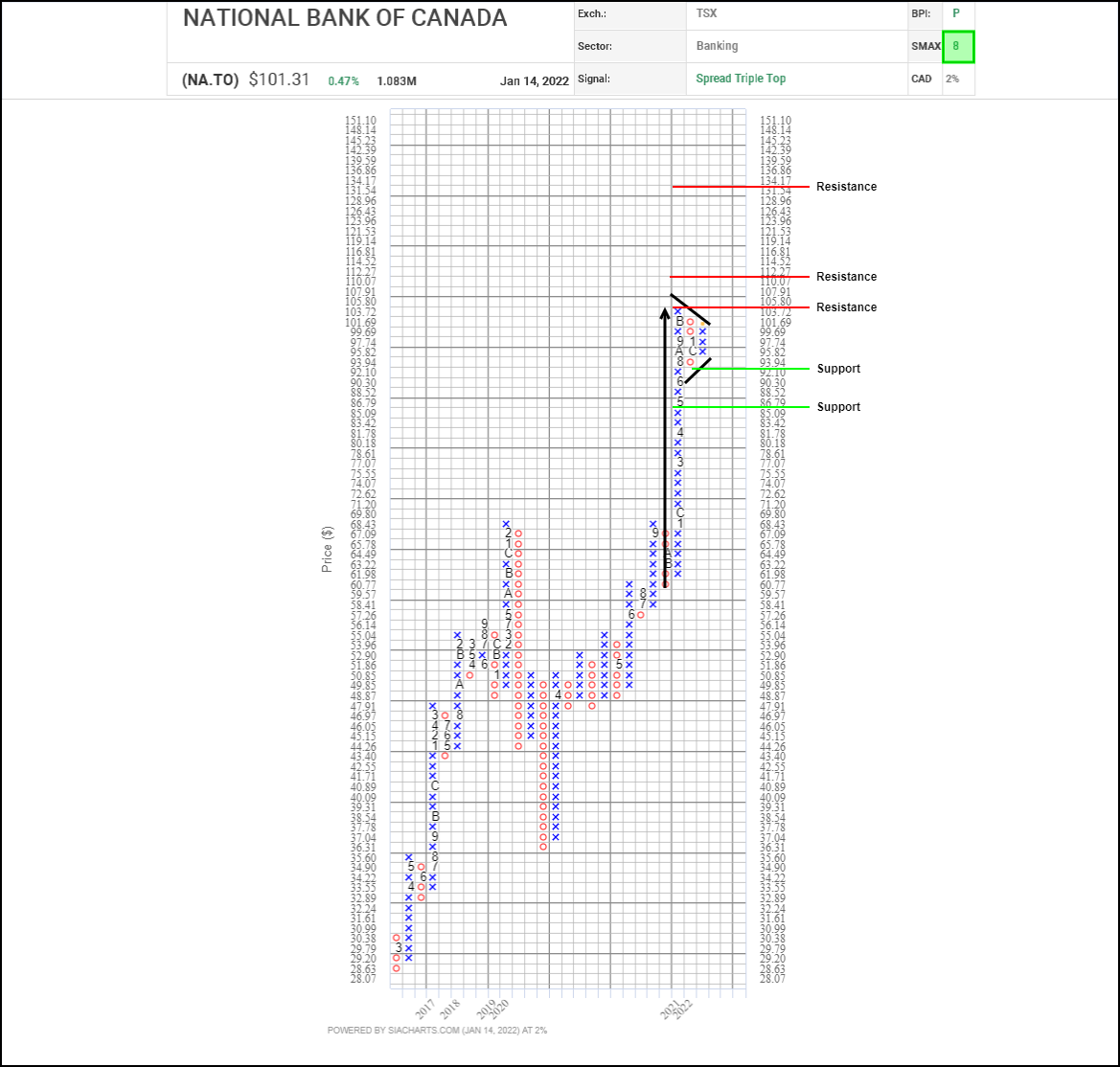