Boosted by a stronger than expected earnings report and news of a 20-for-1 stock split coming, Alphabet (GOOG) shares soared 7.5% yesterday, enabling them to return to the Green Favored Zone in the SIA S&P 500 Index Report from a short dip into the yellow zone. Yesterday they finished in 122nd place, up 17 positions on the day but down 68 spots in the last month.

There are two different ways of looking at this Alphabet (GOOG) chart. A short-term perspective indicates that the shares had a great day yesterday snapping out of a short-term downtrend with a big breakaway gap on huge volume, indicating renewed interest. The only concern is that nearly all of the gains came through the opening gap and the shares struggled to make much headway for the rest of the day.

On the other hand, a longer-term perspective would note that signs of accumulation to distribution have emerged over the last three months with the shares snapping a long-term uptrend line, moving sideways and then starting to trend downward. Yesterday’s rally was contained by the same resistance just above $3,000 that has been in place for three months now.

At this point, it would take a breakout over $3,025 to confirm yesterday’s rally was the start of a new advance and not just a big dead cat bounce. Should that occur, measured moves from recent trading ranges would suggest next potential resistance may appear near $3,250 or $3,550 on trend. A failure to break out, could be an ominous sign for the shares with initial support in a downturn possible at the 50-day average near $2,830, the $2,750 breakout point and bottom of the gap, or the recent low near $2,500. 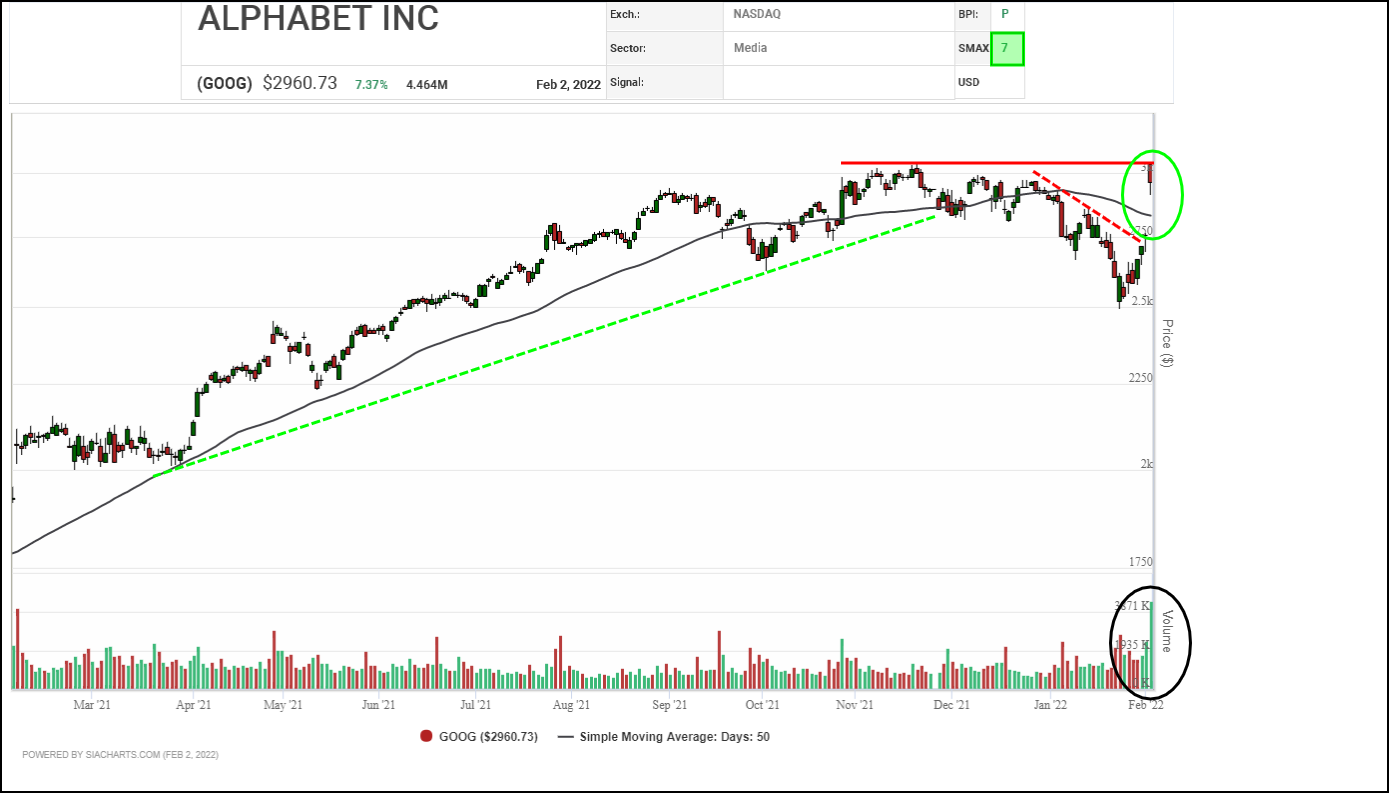 Although the recent bounce up off of $2,500 has been encouraging it has done nothing to change the sideways trend which has emerged in Alphabet (GOOG) shares since a high pole stalled out in September and a November breakout failed in a bull trap reversal. Currently the shares are still on a bearish Double Bottom pattern on a 2% chart although they are on a bullish Low Pole Warning on a 1% chart.

At this point, the shares still need to break through $3,025 to complete a bullish double top, call off the Double Bottom and confirm the start of a new upleg. Should that occur, next resistance may appear at a cluster of vertical and horizontal counts in the $3,685 to $3,660 area. Should the shares falter short of resistance near $3,000, initial support may appear near $2,685 based on a 3-box reversal, or the recent low near $2,530.

With a bullish SMAX score increasing to 7, GOOG is exhibiting strength against the asset classes. 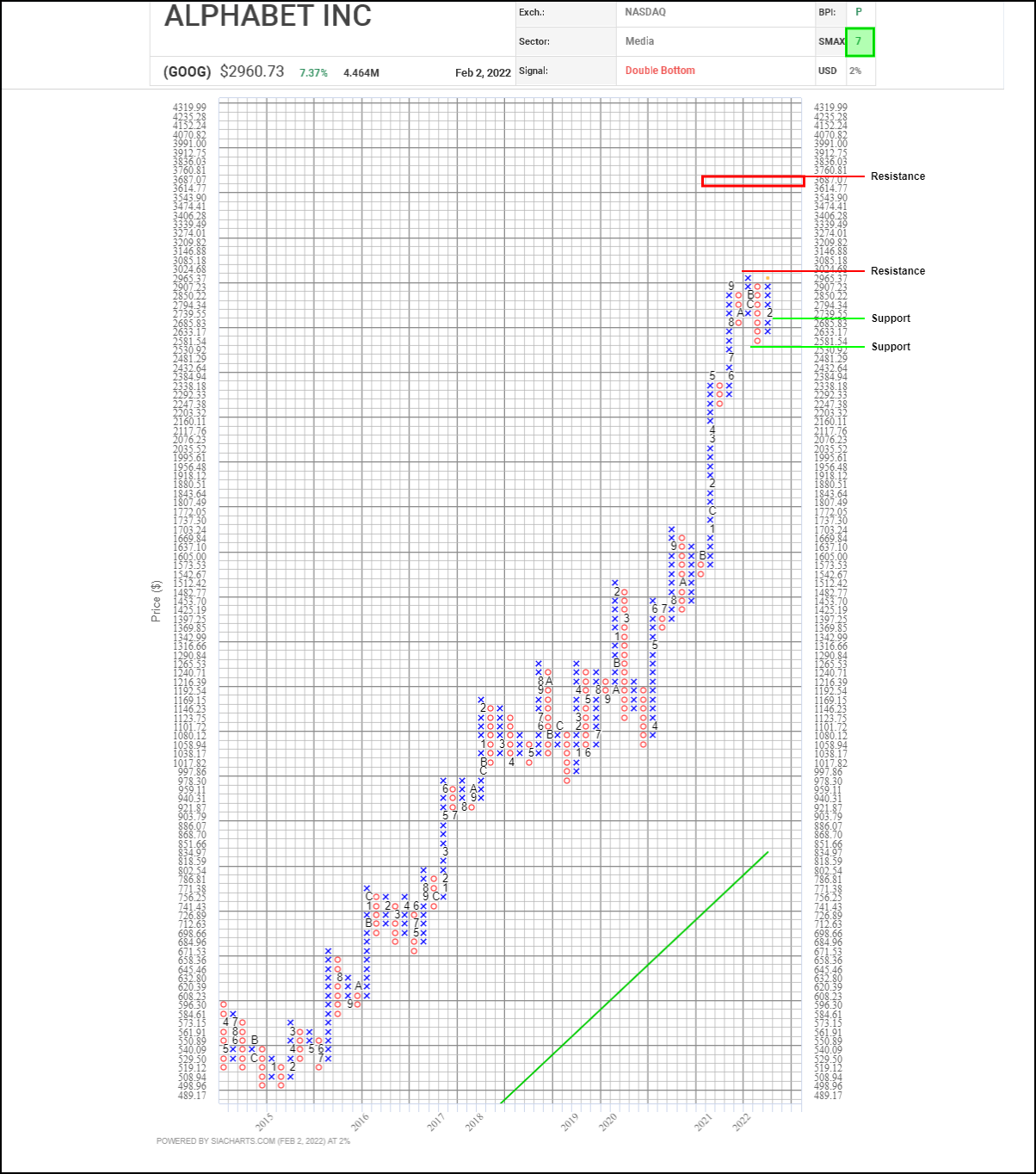