Continuing a climb back up the rankings in the SIA S&P 100 Index Report which started in the red zone back in October, United Parcel Service (UPS) has returned to the Green Favored Zone for the first time since July. Yesterday’ the shares jumped 16 positions to 17th place after the shares received a boost from an earnings beat, better than expected guidance and a big dividend increase.

A major breakout is underway in United Parcel Service (UPS) shares. UPS had been stuck in a sideways trading range since May between $175.00 and $220.00. In October, the shares established the lower boundary after filling in a previous breakaway gap and haven’t looked back since. This week, the shares have come under renewed accumulation in earnest. After regaining the $200.00 round number level on Monday, the shares blasted off yesterday, staging a major breakaway gap up through resistance to a new al-time high on a big spike in volume, all combining to signal a surge in new interest and the start of a new advance.

Measured moves from recent trading ranges suggest potential upside resistance near the $250.00 round number, then near $265.00. The $220.00 breakout point reverses polarity to become initial support followed by the 50-day moving average near $207.50. 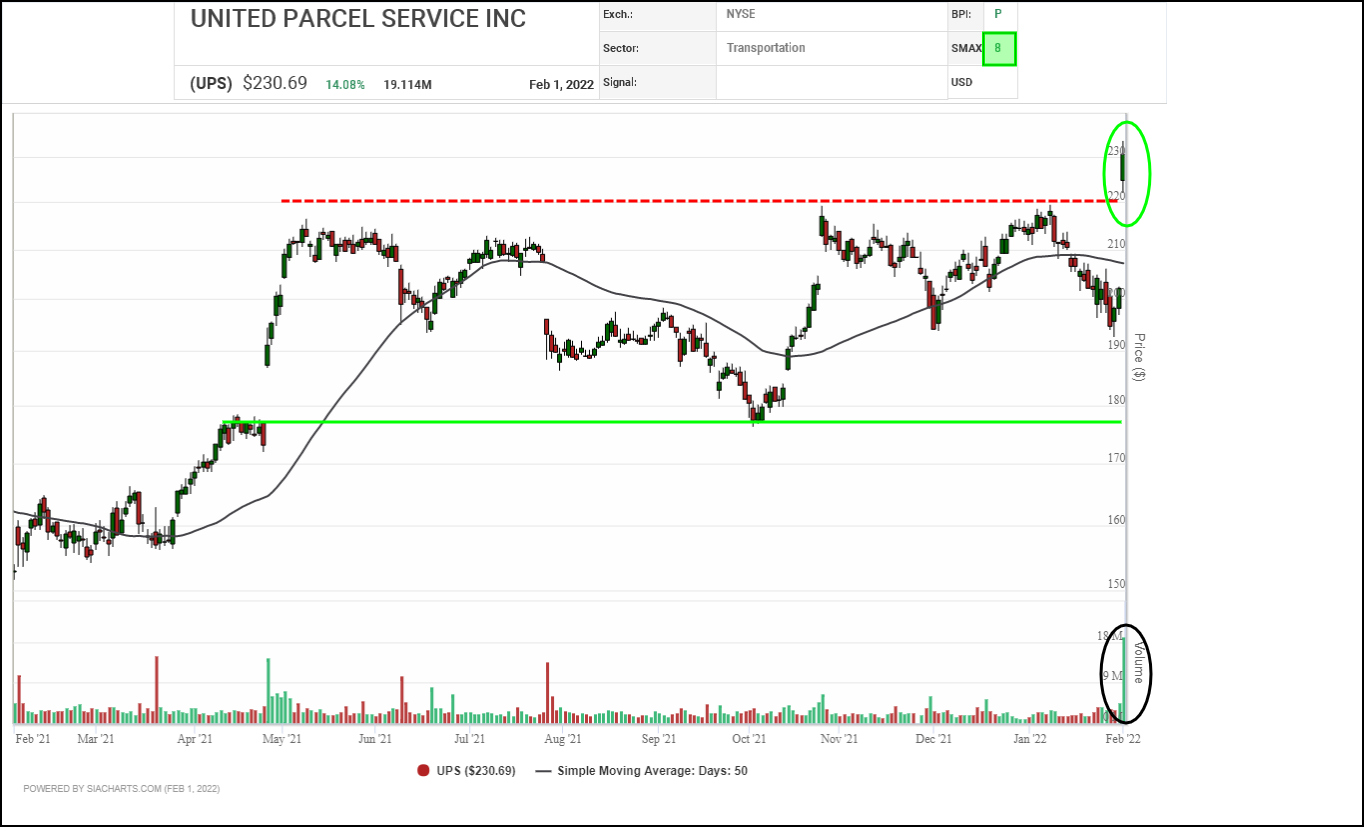 Since the summer of 2020, United Parcel Service (UPS) shares have been under accumulation advancing in a step pattern of rallies followed by periods of consolidation at higher levels. Back in October, a slide was contained above its previous breakout point near $175.00 and after that, the shares started to bounce back with support moving up toward $197.00.

Since the start of the year, it has become clearer that the primary uptrend has resumed with the shares breaking out to new highs and completing bullish Spread Triple Top and Double Top patterns. Horizontal and vertical counts suggest next potential upside resistance tests on trend may appear near $260.15, $270.70, and $281.60 on trend along with the $250.00 round number. Initial support appears near $209.25 based on a 3-box reversal.

With a bullish SMAX score of 8, UPS is exhibiting strength against the asset classes. 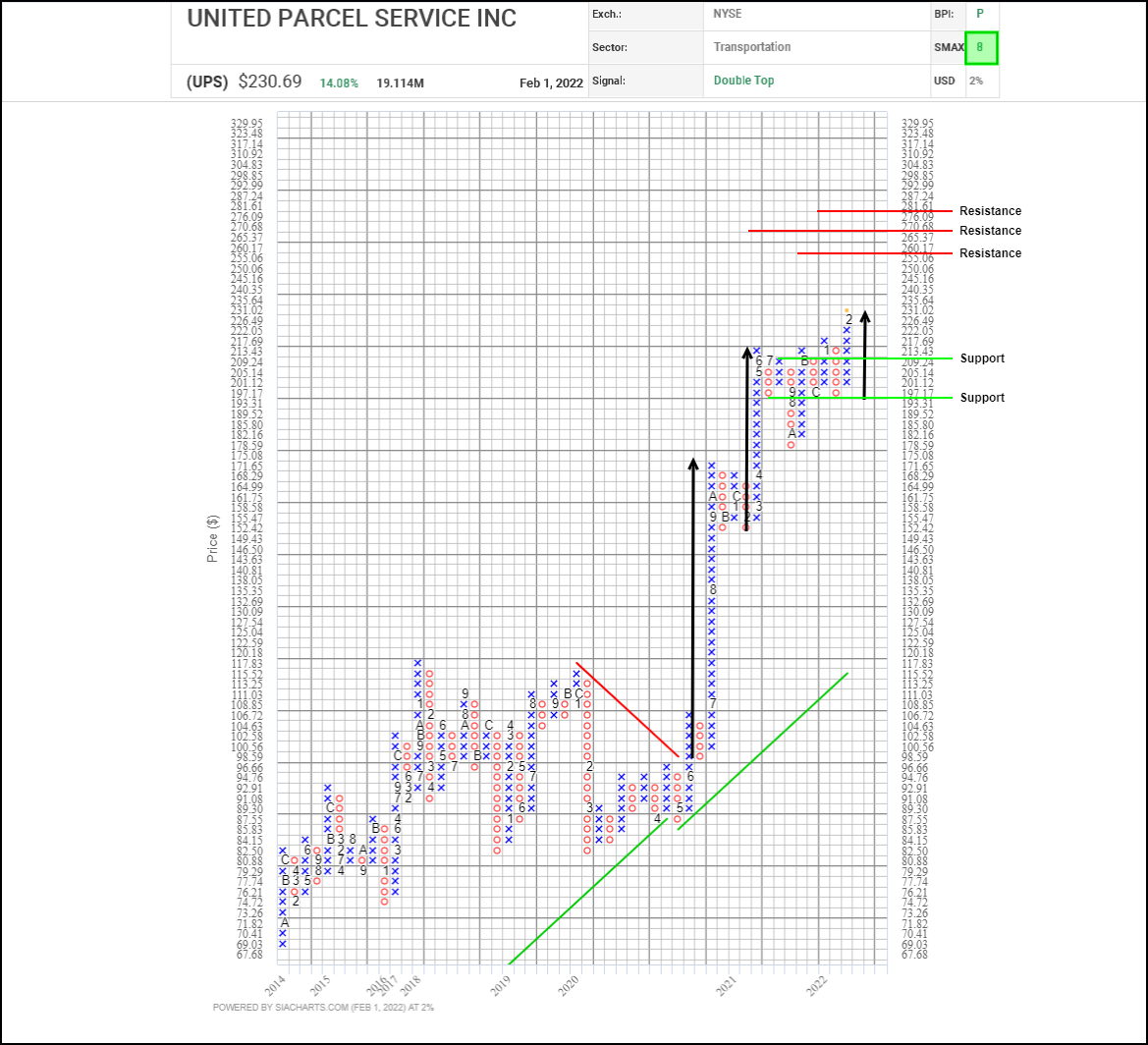